Next ACT: what the Canberra election means for young people

Is Canberra more than roundabouts and brothels? With the ACT election looming on October 20, journalism students at the University of Canberra bring us the inside story on the poll.

It’s about time for election fever to kick in ahead of the ACT poll on October 20.

Will Chief Minister Katy Gallagher lead Labor to a majority victory, after a term of minority government with the Greens? Can the Greens hold on to their historically high representation in the Legislative Assembly? Or will the Liberals, under dynamic leader Zed Seselja, pull off a coup in Labor-leaning Canberra and take government?

Journalism students at the University of Canberra are covering the election for Crikey via their blog, Next ACT. Check out the entertaining video below by students Gregg Easton and Elena Arena, introducing the election, looking at the issues affecting young people (public transport is a major issue), and providing thought-provoking footage of roundabouts and brothels.

There’s also an audio report on a proposed “bush healing farm” for the ACT’s indigenous population suffering from alcohol and other drug issues, which looks at why the project has been delayed. You can read about the challenge of foster care in Canberra, and look at how the issue of same-s-x marriage is playing out in the campaign. And don’t forget this story on the mechanics of the ACT vote by Crikey‘s Poll Bludger.

Be sure to keep an eye on Next ACT; more articles, videos and audio files will be uploaded in the coming days to bring you the inside word on the election, the candidates, the issues and the voters. 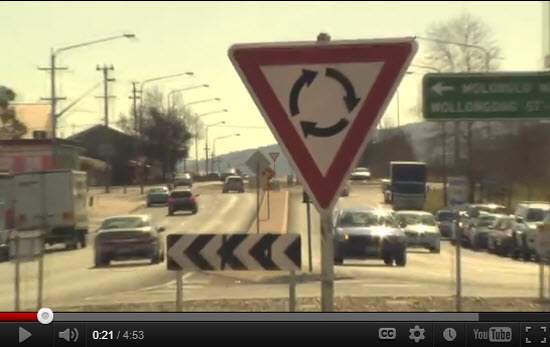