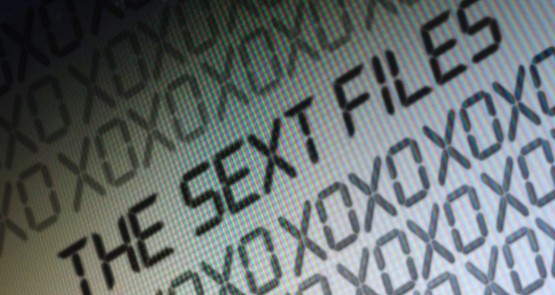 Laws made to protect children from pornography could now be used against them, according to the National Children’s and Youth Law Centre submission to the Victorian parliamentary inquiry into the sending of explicit text messages.

The centre’s dire warning was echoed in a submission from the Australian Council of Educational Research (ACER), which said explicit images “always have the potential for devastating consequences”.

Under the existing law, a person requesting a nude or semi-nude image of someone 15-years-old or younger can be liable to prosecution, with a maximum jail term of 10 years if convicted. The offences range from “procurement of a minor for child pornography” to “incitement of an indecent act with a child under 16” and “invitation to a minor to be involved in a live sexual performance”.

A co-author of the ACER submission, Paul Weldon, told Crikey that changing the law was about taking context into account: “At the moment there are incredibly serious consequences” regardless of context. The current laws threaten young people engaged in sexting with the harshest penalties reserved for the worst sex offenders. This would not make children safer but would undermine the legitimacy of the legal system, the submission said.

Co-author of the ACER submission Gerald White told Crikey: “At the moment we are penalising children and young people unwittingly for situations which they have little or no knowledge [of].” The ACER submission also warns that once someone sends out a nude image of themselves, “the sender has no control over what may happen to that image, either now or in six months’ time”.

A Melbourne University student said she was completely unaware of sexting laws in Victoria. Mary Smith (not her real name) told Crikey: “I received an image of a friend’s boyfriend once in school. I had no idea of these laws … it is really worrying.”

The Youth Law Centre submission, tendered by its director Matthew Keely, criticised current government and police anti-sexting measures — which boil down to telling teens: “Don’t do it, because it will ruin your life” — as ineffective. The centre’s submission said it was ridiculous that a 17-year-old boy who took a photo of his same-age girlfriend and failed to delete the image before he turned 18 must be listed as a sex offender if found guilty under the child pornography provisions, “even if he presents no conceivable risk”.

A 19-year-old youth could have sex with his 16-year-old girlfriend but was prohibited from exchanging sexy photos with her without risking mandatory registration as a sex offender, with all the limitations on reputation and social mobility that entailed. The law centre’s project officer, Kelly Tallon, said “criminal offences should be a measure of last resort”.

Currently, adults who don’t pose a risk to society can be registered under the Victorian Sex Offenders Registration Act 2004 if they keep photos of their exes from their teenage years. The law centre has suggested the act be changed to give the courts discretionary power to decide if offenders over 18 should be registered. At the moment registration is mandatory.

Receiving unsolicited images of a child using a mobile phone or internet service, even if the recipient is a minor, can lead to a charge of child pornography possession. People found guilty of this offence may spend up to 15 years in jail, and have their names placed on the register, under the Commonwealth child pornography laws.

Tallon told Crikey, “these laws exist because we are worried about young people being exposed to the dangers of paedophiles”. She pointed to a “lack of civil remedies” in dealing with sexting-related bullying.

The law centre has received calls by girls afraid their ex-boyfriends will spread around photos they shared and created together. Tallon says “the image becomes a threat” as the girls could be charged with creating child pornography if they went to the police.

If charged with a child pornography offence under the age of 18, young people could be refused permission to work with children, the submission said.

Melbourne University professor Meredith Temple-Smith, who has contributed to a study of sexting in young people, told Crikey: “You don’t want young people losing anything in their future because of a behaviour they didn’t know was illegal.” It was “crucial” that ministerial orders were amended so school staff could discipline students for online and mobile phone behaviour that harmed other students. The law centre said this would provide local alternatives to Criminal Court prosecutions.

The Sext Files: ‘these people are not serious sex offenders’

You can’t seriously be suggesting making a law that makes an activity legal at one age and illegal at another. :^)