Here comes the next Bjelke-Petersen ... make-up regime for swish Sydney waitresses ... what's the best name for a Macquarie Bank banker? ...

Sir Joh’s mob back in politics. Last month Tips mused on whether a certain Samuel Bjelke-Petersen, who was running on a right-leaning ticket for the Queensland University of Technology student council elections, was a relative of Sir Joh. We’ve had a delightful exchange of emails with Sam, who told us this: “I would like to let you know that I am the grandson of the late Sir Joh Bjelke-Petersen and Lady Flo … haha! Yes, there are not too many of us around!”

Sam tells us his ticket (called EPIC) secured 67% of the students’ vote, and he was elected to the council as the Business Rep. “The QUT elections were a great opportunity to give back to the Uni and represent the students in the business faculty,” Sam said. Sam grew up on the family property, Bethany, which is near Kingaroy. His father John ran for state politics in 2006 but didn’t win a seat. Tips pressed Sam for a photo — to see if there was a resemblance to his famous grandfather — and he obliged. We think we can see something of the Sir Joh profile here. We wish Sam all the best with his political career. 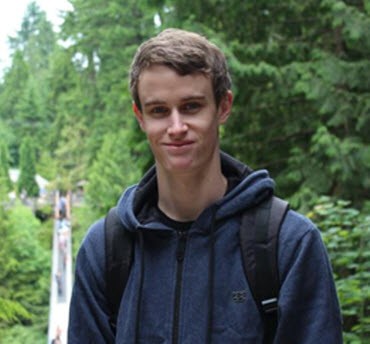 Stretching the family ties. While we were bang on the money with Sam, it seems another suspected family connection is wrong. A budding genealogist sent us this tip about former Crikey writer Christian Kerr, who now works at The Australian:

“I have often pondered the former Crikey man, and now warrior for Rupert, Christian Kerr’s seeming obsession with all things communist. His free-flowing tales of Greens who are actually reds, out from under the bed and in the national Parliament have often entertained but left me curious about his seemingly tireless and at times bizarre obsession. I wondered if one Mary Kerr, once a proud member of the Communist Party, is his mother?”

Well, we couldn’t find anything on Mary Kerr on Google. And this was Christian Kerr’s response to our request: “No relation — and neither is the perennial Greens candidate Hilary Bray.”

Cop’s bullying concerns. A tipster claimed Senior Sergeant David Bishop, who recently raised concerns about workplace bulling at Victoria Police at a federal parliamentary inquiry, had been formally disciplined for speaking out. Not correct, it seems. We put the rumour to Victoria Police’s media unit, who said: “Senior Sergeant Bishop has not been charged with discipline offences relating to the Herald Sun article of 17-AUG-2012″ (the article in which he aired his bullying concerns before addressing the inquiry).

Only in Sydney. Gowings Bar & Grill is the main eatery in a very swish Sydney hotel that is attracting plenty of attention from the media. Reviews have been mostly glowing:

“The Gowings restaurant (named for the department store that stood here for years), is a focal point of the establishment and it boasts some impressive elements beyond the New York-style multimillion-dollar fit-out,” gushed a writer in the Sunday Telegraph.

The author also wondered about the wait staff: “Something that irritates me: at night, the (quite nervy) waitresses are dressed as if for a big night on the town. Some even carry around handbags. Cue rolling of eyes (mine). For $75 million, you’d think they could buy them some clothes.”

A few more questions might have elicited the information that the staff are clothed by the eatery, and make up and hair is provided for the mostly female staff. Yes, Gowings is the only eatery in this country (that we know of) with an on-tap make up and hair artiste.

What’s in a name? Tips had way too much fun last month curating our Crikey contest to find the best-named — i.e. most apt or amusing — public figure or spokesperson. The contest is now closed, and a big thank you goes out to the more than 100 people who emailed us entries. We couldn’t resist a final few:

Macquarie Bank’s head honcho is Nick Moore. As our tipster said: “You couldn’t make up a better name for a banker.”

Samuel Spokes was an under-23 professional cyclist, originally from Tamworth, NSW, and is now a member of the Pro-Continental team.

Until recently Ray Kilpatrick was manager of The Oyster House aka Ocean Foods in Albany WA. Apparently he still pops in from time to time to do some shucking.

There was a report on Foxtel’s Weather Channel last month about damaging winds in Western Australia causing havoc. Spokesman for the WA Fire and Emergency Services was Allen Gale.

The late Roger (Ben) Box was prominent in the The Funeral Directors’ Association of New South Wales, and even has an award named after him, the Ben Box Memorial Award. He was active in the 1970s.

So that’s that. You can check out our final short list here. The baton is now handed to judge First Dog on the Moon, who will select his favourite entry and immortalise it in a cartoon. When shown the short list, Dog’s response to Tips was: “I told you when you started here not to do any of these stupid competitions, now look what you’ve done.” However, we feel he will learn to love “What’s in a Name”. We’ll keep you posted.