A misjudgment that keeps haunting. The thought of Peter Slipper leading Australian delegations to international meetings  and officially receiving visiting dignitaries is enough to fill a normal person with dread. But lead them and receive them the Speaker will continue to do while ever the Labor Government continues to support him as the man who gets paid while not having to do the job.

Surely the Opposition will increase Labor’s embarrassment by moving a vote of no confidence in the man. The appointment of the man as Speaker was the stupidest appointment made by a government since the attempt to gain an extra vote  by making Vince Gair an ambassador.

Polling nonsense. If you believe that the voting intention of people actually moves around as indicated by Newspoll you would believe anything.

‘Is life in Australia getting better?’ The Australian Bureau of Statistics this morning provides information designed to help us decide the answer to this question. Its Measures of Australia’s Progress presents a range of statistical measures to demonstrate change. They are grouped under three broad headings: the society, the economy and the environment. 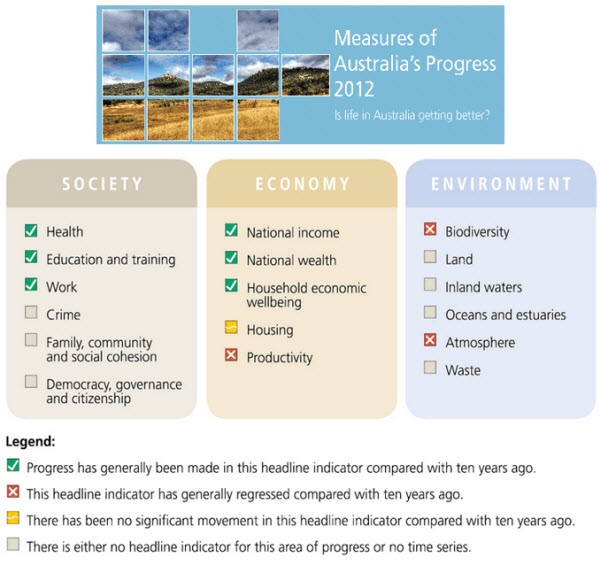 The figures show that:

On the downside over the decade:

Beating a thousand words. The cartoon below says all we need to know about Europe’s economic and political troubles really. It has just won a contest for the best political cartoon of the year about Europe judged at the 2012 edition of Internazionale a Ferrara festival. 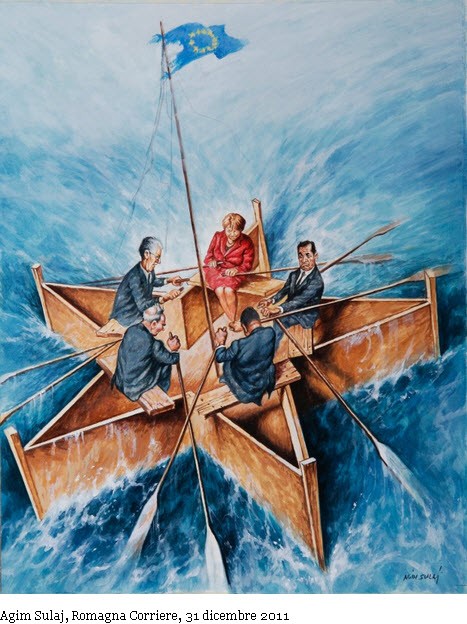