Can an Australian bank claim it cares about the climate while investing heavily in fossil fuels? Can a major beer brand really be green if it makes just one carbon-neutral beer among 70 that aren’t?

A new book from Guy Pearse — Greenwash : Big Brands and Carbon Scams — has examined thousands of climate-friendly claims from the world’s big brands and found a litany of hypocrisy, spin and get-out clauses buried in small print. Pearse watched more than 3000 TV advertisements, collected about 4000 print and online advertisements and reviewed more than 700 company reports.

Greenwash (in which I had a very small role as a fact-checker) takes a look at many of the world’s most recognisable brands, including Coke, Pepsi, Starbucks, GM Motors, Toyota, Nissan, DHL, McDonald’s, Barclays Bank, HSBC bank, Sony, Panasonic, Apple, Virgin Group and KPMG. Australia’s National Australia Bank, Fosters and Earth Hour got a mention; when contacted by Crikey after the book’s release, this is how they defended themselves about the claims in the book.

National Australia Bank became carbon neutral in 2010 but Pearse writes its investments in “coal-fired power stations and other emissions-intensive enterprises … will do thousands of times as much harm as the bank’s climate-friendly push does good”. 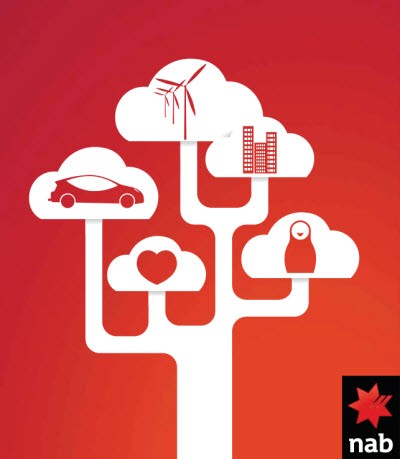 A NAB spokesperson told Crikey the bank had “continued to advance our environmental agenda with a focus on climate change and resource efficiency”. A statement said: “It is important to note that NAB is the largest arranger of project finance to Australian renewables — a third of our energy funding portfolio is currently in renewables and our investment in gas and wind projects has almost tripled in the last five years.”

When deciding on projects to finance, the bank said it would assess “environmental and social consideration”, and described systems and frameworks the bank used. The bank also said it is a signatory to the Equator Principles, had signed the UNEP FI Natural Capital Declaration and was the only Australian banking institution in a global top 20 from Bloomberg New Energy Finance.

In Pearse’s beer chapter, he criticises Fosters for the way it uses its “Cascade Pure” carbon-neutral beer as a way to make it look concerned about climate change. Yet Pearse calculates the offsets purchased by for the product “accounted for less than 1%” of the emissions caused by the production of Fosters’ other beer products. 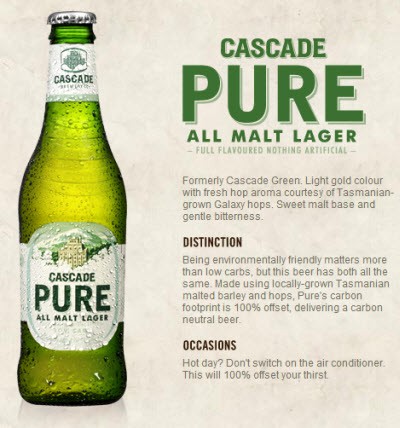 A statement from Carlton & United Breweries, formerly the Fosters Group, said: “From a product offering, Cascade Pure was a toe in the water to see what the consumer interest and response was and to better understand the carbon footprint of one of our beers.” The statement said emissions for the product were measured annually using a full life cycle assessment. New gas boilers had been installed at the Cascade brewery to cut emissions.

Pearse is heavily critical of Earth Hour and organisers the World Wildlife Fund and ad agency Leo Burnett for allowing their project to be seen as working with high-emitting companies and banks that finance fossil fuel projects. The project is a “grand futile gesture” and the 1.3 billion participants worldwide are unwitting helpers in marketing greenwash, writes Pearse. Earth Hour Australia told Crikey:

“Pearse misunderstands the nature of the relationship between Earth Hour and the 1126 businesses, along with 193 schools and 144 local councils, that signed up to participate in Earth Hour across Australia last year. In essence, Earth Hour is an open-source activity. It gives anybody and everybody a chance to put their hand up and say ‘yes, I’m concerned about the future of our planet and willing to take a simple action to show it’. This allows us to reach a broad spectrum of society, rather than a ‘chosen few’ who already agree with us. Earth Hour does not collect any money from participants, and as such we do not conduct due diligence on them as a precursor to participating.”

In response to a question from Crikey, Earth Hour added: “Of course there are brand risks posed by Earth Hour’s open-source approach. We are willing to take these risks because we believe that in order to make genuine progress on the challenges of climate change and sustainability, we must engage with broader society, including business.”

Pearse, a research fellow at the Global Change Institute at the University of Queensland, was a speech writer to the Liberal Senator Robert Hill during his time as environment minister in the Howard government.

An hour to ponder why Fairfax bothers turning off the lights

When these companies sign up to the other Greens’ principles of peace, justice and democracy then it won’t be “Greenwash”. Until then it is just the dominant paradigm of specialisation, other wise recognised and practised in true market fashion as single-issue extremism.
And while planet saving-efforts remain fractured and incoherent as a result of this myopic ‘Specialisation’ of environmentalism they are doomed to fail.
Try looking up the new science of “Complexity” which holds that all issues are connected and affect each other.
This “environment only” subset of the “only specialisation is effective” paradigm of Classical economics is inadequate to the problem.
All too deep for the greenwash brigade and their single issue urgers.
Peace, justice, democracy and the planet?
All too, too hard for the best educated gererations in the whole of history?
By the way what ever happened to the “Triple Bottom Line”?
Not “Single Issue” enough?

To be honest, those responses from the companies all sounded fairly reasonable.