Richard Farmer’s chunky bits: Why is Roxon so quiet?

The silent Attorney-General ... What's this about patents ... Abbott has some front ... Rock and Roll Hall of Fame ...

The strangely silent Attorney-General. There was a time when Attorneys-General saw one of their functions as defending the judiciary from unfair criticism. No longer it seems. Federal Attorney-General Nicola Roxon has been absent from the debate about the role of the Family Court in upholding Australia’s international legal obligations to return abducted children to Italy. It is hard to understand why.

The role of the Attorney-General as a defender of the judiciary was summarised in a speech given  in 2008 by Ross Ray QC, president, Law Council of Australia.

Further, in Australia, the Attorney-General, by convention, defends the judiciary from unjustified political attacks. This role stems from the importance of the independence of the judiciary and the need to maintain public confidence in the rule of law.

In the mid-1990s, the then Attorney-General, the Honourable Daryl Williams QC, argued that given the separation of powers and the maintenance of an independent judiciary under the Constitution, it is no longer appropriate for the Attorney-General, as a member of the Executive, to defend the judiciary from political criticism. In his view, the role of defending the judiciary must be performed by the judiciary itself.

A former Chief Justice of Australia has a different view and he expressed it in his 1997 State of the Judicature Address when he said:

Central to the Chief Justice’s position is that if the attack is from a political source, the response must be from a political identity. This must be so in order for the judiciary to remain aloof from the political arena.

Despite the intervening years, this issue has not yet been resolved in the Australian context. It is very much a “work in progress”.

Defending the importance of our courts in upholding the Hague convention on family law is surely an appropriate thing for Roxon to be doing.

Abolish patents and, in the meantime … A thought-provoking paper published by the Federal Reserve Bank of St Louis in the United States deserves to provoke a serious debate about the usefulness of the international patents system. The paper, The Case Against Patents, persuasively argues that there is no empirical evidence that patents serve to increase innovation and productivity, “unless the latter is identified with the number of patents awarded — which, as evidence shows, has no correlation with measured productivity.”

In its conclusions, the authors argue:

Abolishing patents may seem “pie-in-the-sky” and there are certainly many interim measures that can be taken to mitigate the damage: properly interpreting obviousness, requiring genuine disclosure of working methods and an independent invention defence against patent infringement are useful and — among economists — relatively uncontroversial measures. But why use a Band-Aid to staunch a major wound? Economists fought for decades — and ultimately with great success — to abolish trade restrictions.

It will not escape the careful reader that patents are very much akin to trade restrictions as they prevent the free entry of competitors in national markets, thereby reducing the growth of productive capacity and slowing down economic growth. The same way that trade restrictions were progressively reduced until reaching (almost complete) abolition, a similar (albeit, hopefully less slow) approach should be adopted to “get rid” of patents. Moreover the nature of patents as time-limited makes it relatively easy to phase them out by phasing in ever shorter patent durations. This conservative approach has also the advantage that if reducing patent terms indeed has a catastrophic effect on innovation the process can easily be reversed.

A political advertorial. Talk about tacking your political colours to your mastheads! The News Limited tabloids took partisan support for a politician to a new extreme this morning.

A meaningful US election and you can vote in it! From the Rock and Roll Hall of Fame come the nominees for 2013. 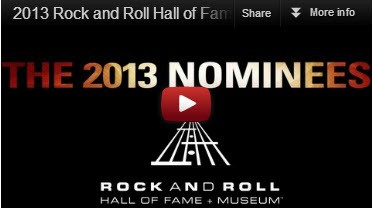 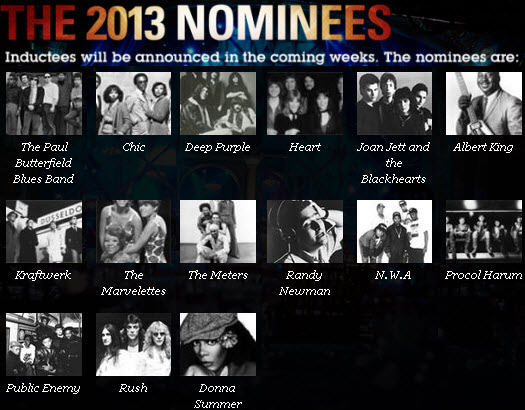 You can vote in the real thing here but I’m also curious about the musical tastes of Crikey readers so I’ve set up a Crikey Readers Survey as well. Will publish the results in the snippets on Monday.

Poor Tony – trailing in the polls Limited News had to do something – will this make-over do?
“Carry your bags, Sir?”

Are you sure the PR arm of “The Haul of the Mountain King” didn’t do something like this for Rudd – “Utegate” ….. sorry.
Or Gillard :- “Slater and Gordon Gate” …. bad choice again.
…… maybe they did’t?

Typo in the last line: Ketamine, not etamine.

Being a Prog rocker, Rush, being the fifth in all time of gold records, does come to mind, but Rolling Stone hate them.
They could join such rock gods as Madonna. Yeah.

It was a partisan News Ltd splash today but women are not so stupid as the Abbotts seem to think. There are many paternalistic men who are quite prepared to look out for the women in their family and to even get preferential treatment for them, who nonetheless will make public policies that are detrimental to other women. Many women have formed this view, not from any kind of statements made by the Labor Party, but by the statements and behaviour of Tony Abbott himself.