The consolidation of the Australian post-production industry -- led by Animal Logic -- is another symptom of the highly competitive nature of global creative industries. 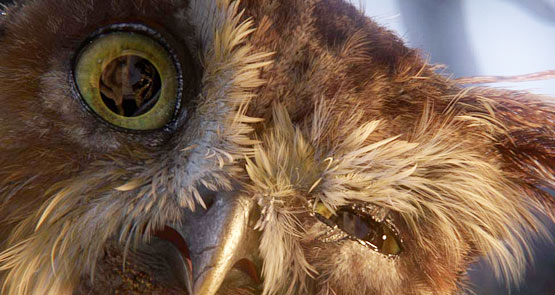 Fuel entered administration in August, the victim of the strong headwinds buffeting the sector, including rapid technological change, fierce competition and the high Australian dollar. Fuel reportedly ran out of cash after a big job on a feature film fell through.

Now Animal Logic has worked out a deal to retain the Fuel brand name and much of the talent of the firm, which will not only save jobs but also strengthen Animal Logic’s grip on the Australian post-production market. Animal Logic CEO Zareh Nalbandian said in a statement:

“Highly regarded around the world for its advertising and film VFX work, it is a name with a great pedigree and a solid future. We are committed to making sure that this great creative resource will not disappear from our Australian VFX landscape. The Fuel VFX name has deservedly gained an exceptional reputation over its 12-year history and I am excited to welcome it into the Animal Logic family.”

In the language of film and television, “post-production” (or “post” as it’s universally called) traditionally refers to the work done after the physical shooting of footage, such as visual effects and graphics, grading, sound effects and the like. As the screen industry has gone digital in recent decades, post has become an increasingly important component of the things you see on your flat-screen.

But the post industry has faced serious pressures globally in recent years and, as the barriers to entry that used to protect bigger firms have fallen, it’s encouraging fierce competition from start-ups that no longer need sophisticated hardware rigs to make top quality work. As a result, the industry is consolidating, with a lot of the smaller players going broke or being bought up by the bigger fish.

Lying downstream from the big studios that give a green light to and finance big feature films and television series, the post sector is highly sensitive to overall levels of screen production activity. “What you’re seeing is film production overall has been reined in over the past couple of years because of the global financial crisis,” Shulman said.

“We’re competing against a guy with an iMac and Canon 7D, and I’m constantly having to justify a $2 million facility to clients.”

Big studios are also bringing more post work back in-house, spurred by falling costs of technology. “It’s easier for them to bring it in-house because those capital costs are a lot lower now, so post-production firms, in order to survive, they need, to focus towards more sophisticated post-production processes.”

And, of course, there’s the high Aussie dollar. “Like other industries which require highly skilled labour and are technology-intensive — they tend to become globalised,” Shulman explained. “You are starting to see post-production studios emerge in India and China, especially in India with their Bollywood industry.”

“The technology is no longer the barrier to entry,” he said. “It’s very much like what happened with desktop publishing.” Recent advances in digital camera and editing software such as the Red camera and Apple’s Final Cut Pro mean digital footage can be edited on a laptop, no longer requiring expensive and hardware-intensive editing suites.

Burton says the impact of the new technologies has meant “different stages of the supply chain get devalued … sometimes it’s devalued to the point where it doesn’t exist any more”. Having said that, he maintains that “the core of our business is still about creating great content and giving our clients what they want”.

While business is flat, it’s not all doom and gloom. “I don’t think the sky is falling by any means,” Burton said.

Dale Roberts is managing director at post-production house Kojo. “January to July were the toughest conditions I’ve ever seen, the market just stopped,” he said in a phone interview. “I’ve said to someone that this is the new normal. The post industry runs on fear, they’re constantly under-cutting each other — who wants to join the race to the bottom?

“We’re competing against a guy with an iMac and Canon 7D, and I’m constantly having to justify a $2 million facility to clients.”

However, Roberts says business is expected to pick up again in 2013, with a TV show and three movies, which have been given the green light, in the pipeline. Even in a competitive world, relationships still count. Kojo does a lot of work for director Scott Hicks, and Roberts says that is set to continue. “Scott’s amazing to us, we have this fantastic relationship,” he said.

According to government screen agency Screen Australia, which compiles the best statistics about the sector, post-production activity is flat, but not collapsing.

A spokeswoman told Crikey the agency is still collating data for its 2011-12 report: “But what we can tell you is that foreign ‘PDV’ [post, digital and visual effects] activity which is attracted by the PDV offset among other things, will be similar to last year’s 2010/11 figure of $35 million.”

They say while foreign activity is expected to be steady, local post-production activity is much lumpier. “It’s dictated by fluctuating local activity — for example, whether there are any big budget Australian titles such as The Great Gatsby,” the spokesperson said.

Get your Aussie on: defining the authenticity of Australian actors