Memo to Obama: what to say in debates

A memo presented to Obama's team ahead of today's presidential debate contains interesting suggestions on how centre-left parties should present themselves. Read the memo here. 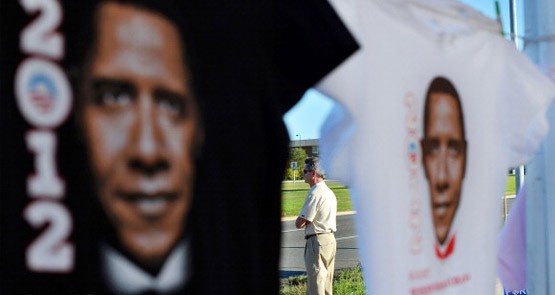 Vic Fingerhut is a veteran Democratic strategist and pollster based in Washington, who has worked on US presidential campaigns since 1968. He helped design the 1995 national media campaign that derailed Newt Gingrich’s “Contract with America”. In Australia, he advised on the Your Rights At Work campaign against WorkChoices. This is a memo he provided to the Obama team on the presidential debates, which start today in Denver. Fingerhut outlines why centre-left parties should present themselves representationally, indulge in populist economics, and never forget the past.

1) Consistent with findings over the past six decades, the Democratic candidate always does better vis a vis the Republican candidate (at almost any level) when it comes to framing issues (particularly economic ones) in representational, rather than performance or competence-based terms.

Crucially, as I have been stressing to Democratic candidates at all levels for years, the Democrat (whoever he or she is) usually runs 10-15 points better on the “representational” question of “who do you trust to manage the economy in a way that helps about ordinary working families?”… as opposed to the much narrower question of “who do you trust more to manage the economy?” (as a “managerial competence” issue).

While the “spread” between these two frames fluctuates (over time) between about seven and 15 points), Democratic candidates (at any level) are absolutely nuts not to keep framing the “economic issue” in these representational terms.

This is not to abandon the “economic” argument (That would be impossible):  It is to underline the fact that framing our strongest economic arguments in representational terms serves to make the President’s “economic position” more believable — since it is in accord with  the underlying and long-held preconceptions of millions of soft and swing voters.

Thus, the President should continue pressing his strongest economic case (about which I am sure there is no debate among his regular advisors): “saving the auto industry, job growth, a million new jobs…etc.”, but he should keep framing those “economic” arguments in  representational frames:

“We’re fighting for an economy that works for all Americans… not just the few of the very wealthy.”

“We want a trade policy that protects American jobs for all American working families … and doesn’t just provide tax benefits to corporations that outsource their jobs to low wage countries overseas.”

Final Note on the Macro-Economic Argument

According to years of consistent poll data, populist economics has been the Democrats’ longest and strongest suit among swing voters for over seven decades.  If the President doesn’t use these frames every chance he can, he is giving up 10 points in believability … in a race that’s a lot closer than that.

The reason 70% of the American electorate had made up their mind on this election long before the campaign began is due — not only to the fact that loyalties to political parties endure (often for a lifetime) — but so do perceptions of the strengths and weaknesses of the parties.

Running against long or deeply held perceptions of Americans (even if you have the “best” arguments) is a losing proposition.Walter Mondale found this out (to his chagrin) when he tried to run on the budget deficit issue — despite the fact that Ronald Reagan in his first term had had run up the biggest peacetime deficit in history.

What Mondale’s campaign failed to understand (despite repeated warnings) was that the soft and swing voters didn’t believe the Democrats (any Democrat) could “balance their own checkbooks, no less the federal budget,” and by pressing this issue in the debate, he actually pushed swing voters over to the Republican side.

Conversely, that is why utilizing and invoking the Kennedy Medicare fight can work so powerfully for us Wednesday night … (and for other Democratic candidates in their debates).

Right now, the  presidential argument has become which candidate is best able to protect Medicare in the future. (We know, of course, how strongly Democrats are enamored of “leaning forward.”)

However it is only because Medicare is so firmly on our turf, historically,  that the Democrats (and the President) continue to hold a decided advantage on this issue – even when we fail to evoke that past as we should.

However, when we tie the current Medicare debate to the “past” and link it to voters’ deeply ingrained perceptions and memories (particularly among over-65 voters with whom the President — and Democrats generally — are current getting hammered)   evoking the Kennedy “past” is absolutely critical.

Indeed, injecting Kennedy’s fight against the Republicans (and the insurance companies) into the mix about which candidate (read: which party) voters can trust to protect Medicare… dramatically strengthens our hand…and importantly, perhaps,  in the end, critically, increases the President’s margin in this area.

Since this is a contest in which we are currently losing senior voters by over 20 points, this, I think, is a no-brainer.

(You can take or leave the following suggestion below…but I think it is important, nonetheless)

3) Use the Best Combination of “Representational” Frames

However, what frame is used is not unimportant…particularly in what could end up to be a very tight race.

The serious contenders are “middle class” versus “working people” or “working families.”

Obviously, if either candidate could get an overwhelming majority of those Americans who consider themselves either “middle class” or “from a working family,” they would win.

However, while President Obama and his campaign should, of course, continue to use ab “middle class” as a central part of the campaign’s messaging frame, there is a very strong case to be made for the President to start using “working family” with a decidedly higher relative frequency than the campaign has done up to now — particularly in the debates.

There are many reasons for this, but let me — for the purposes of brevity — just cite a few of them:

a) There are a substantial number of voters who respond to “working people” and/or “working family” … but who do not consider themselves “middle class” (whom they see as teachers, or lawyers or people with college degrees, etc.)

b) This is precisely the group of voters – non-union, non college-educated White working people in the $20,000 – 50,000 income range where – besides senior citizens – among whom President Obama (and other Democrats down the line) are doing so poorly…

c) This is a formulation and frame with a powerful pro-Democratic valence.

It is simply nuts for us not to use it much more frequently.

Indeed, these debates are one of the few times in the course of the campaign when at least some of this voting group (which is largely disinterested and skeptical of all politics) will be tuning in.

(And it is obvious from the poll data that — despite the hundreds of millions of dollars spent in the media by our side thus far — neither the message frames we have employed nor the media vehicles we have used have effectively reached this group (but to deal with that issue is not the purpose of this memo).

4) Finally, the President should try to make the insurance companies, the drug companies, the giant multi-national corporations that take profits made in the U.S. and invest them in jobs overseas, etc., as much his antagonist as Romney.

“When the big insurance companies say they want to deny coverage to the millions of Americans with pre-existing conditions, and thus leave the families who need health insurance the most out in the cold, it is my job…as President…to stand up and say “no.”

“When the Republicans want to do away with John F. Kennedy’s vital program of Medicare…which President Kennedy fought so long and courageously for — because the insurance industry was either charging older Americans outrageous and unaffordable rates for health care coverage — or simply taking the position that they wouldn’t even provide coverage to older Americans because they were a high-risk group…it is my job – as President — to stand up to those companies and their allies in Congress and say:

“Older Americans will not be forced back into that terrible position again…not on my watch!!  That’s what President Kennedy fought so hard for…and I’m not going to shirk my historic responsibility to older Americans.”

(There are countless riffs on this frame which I am sure have all been vetted at the briefing sessions.)

My Advice: Use them…and if possible…try to make them the bottom–line of the debate.

If you do, you have sixty years of  deeply-held views of the American people on your side!!

Did “working families” come from Vic Fingerhut to the ALP or the other way around? He should note it can be over used as it was here.

The eye-popping combinations of bold, italic and underlined text in this piece are… er… memorable. Please stop doing that. It’s wrong.

I gave up reading half way through. Not because I wasn’t interested, but because those bold/italicised/underlined chunks of verbal spaghetti made mincemeat of my concentration.

Please, Crikey, either buy a style guide or develop one of your own.

The Commonwealth of Australia Style Manual, now published by Snooks and Co, a John Wylie imprint, would be a reasonable starting point.

By way of a small sample, its only comment re underlining is:
“In the days of the typewriter, when bold and italic options were not available, underlining was used for contrast. But there are now two good reasons for not using it in this way:
* It affects legibility by covering the parts of letters that descend below the line.
* It has become an established and very useful way of showing hyperlinks.”

I imagine that the author’s contribution found its way to the Democrats’ wpb because it is functionally indecipherable, if for no other reason.

Commenters complaining about use of bold/italicised/underlined text seem to miss the point – these are the presentations tools often used in writing political memos.

For both its form and its content, this was a fascinating read. Looking at the way the debate panned out, Team Obama could have benefitted from the advice.

Ari Sharp says that I have missed the point, whatever that may be.

I’m still none the wiser.

Presentation of this article was a dog, effectively reducing it to gibberish. If this is the style and stuff of political communication, then it is no wonder that so often it misses the mark entirely.