Leading the pack is Switzerland’s Neue Zürcher Zeitung which costs the good folk of Zurich 4Fr daily — that’s A$4.16 on current exchange rates. The neoliberal broadsheet is the most expensive we’ve found so far. For context, the NZZ’s competitor Der Tages Anzeiger (“Der Taggi” to locals) is 3Fr (A$3.12).

Australia’s Fin is still cheaper than Britain’s Financial Times at £2.50 (A$3.93). That’s more than twice the price of The Guardian at £1.20, The Times at £1 and Murdoch’s Sun at 60p. The Washington Post‘s rise has been steep, rising to US$1 in January this year (meaning the paper’s cover price has gone up 76% in five years). The cheapest paper we’ve found so far is Malaysia’s Oriental Daily News — at One Ringgit, it’s only A$0.31.

Crikey analysis: what a newspaper will set you back

Know of a more expensive — or cheaper — paper? Drop us a line. — Crikey intern Sally Whyte

Video of the day. Jennifer Livingston, a TV anchor in the US, was sent an email from a viewer claiming her weight was setting a bad example as a public figure. Livingston responded on air, in a tirade that has made headlines across the country … 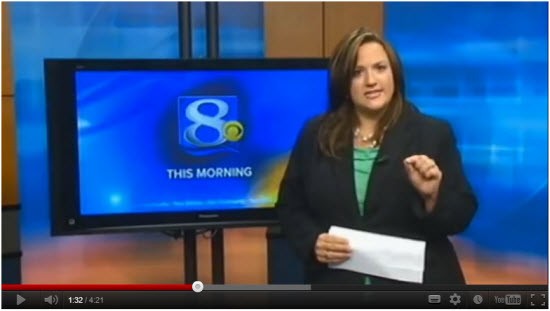 Front page of the day. The people of Denver are pretty excited about their moment in the political sun ahead of the US presidential debate tomorrow morning Australian time. There was even a ballot for tickets to the event … 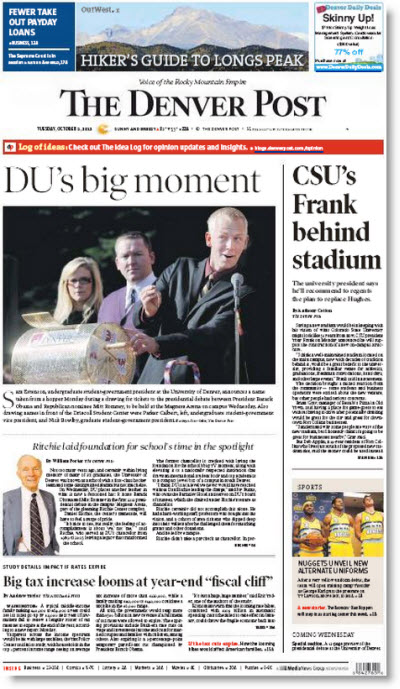 “Russian billionaire Alexander Lebedev is drawing up ‘contingency plans’ for his UK media holdings, the Evening Standard and Independent, as he faces charges of hooliganism and battery that he says are designed to silence his criticism of corruption in Vladimir Putin’s Russia.” — The Guardian

“Obtaining permission to publish a newspaper in Malaysia, where the print media are dominated by government-linked publications, is likely to become easier after a court ruled that the right to freedom of expression includes the right to publish and is a fundamental liberty, a lawyer said on Tuesday.” — The New York Times