Alan Jones’ greatest hits: your handy A to Z guide

A handy A-Z guide to the gaffes and other disasters brought to us by broadcaster Alan Jones in his decades at the microphone. Crikey brings you the best of Jones. 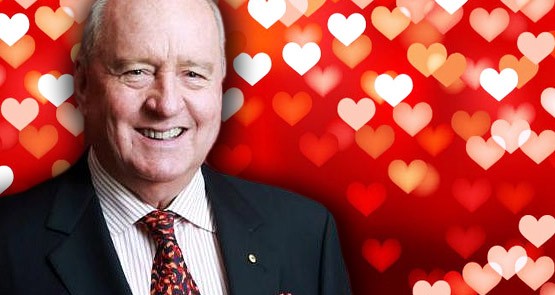 Ah, Alan Jones. So many memories, so many gaffes. Crikey cracks open the vault to bring you Jones’ finest moments …

A: the Apology. Jones’ apology to Julia Gillard on Sunday went for 45 minutes, after he said this recently of the death of her father: “The old man recently died a few weeks ago of shame. To think that he has a daughter who told lies every time she stood for Parliament.”

B: “Brain dead”. “What about this brain dead Sarah Hanson-Young, from the Greens?” Jones said in 2011.

C: the Chaff bag. “It is absolutely laughable. The woman’s off her tree and quite frankly they should shove her and Bob Brown in a chaff bag and take them as far out to sea as they can and tell them to swim home,” Jones said of Gillard on air in July last year. Since then, the list of people in the chaff bag has grown to include Bob Brown, Clover Moore, Kevin Rudd, NSW Resources Minister Chris Hartcher, and Barack Obama.

D: “Destroying the joint”. Commenting on Gillard’s funding of projects to help women in the Pacific region, Jones said in August this year, “She (the Prime Minister) said that we know societies only reach their full potential if women are politically participating … Women are destroying the joint — Christine Nixon in Melbourne, Clover Moore here. Honestly there is no chaff bag big enough for these people.”

E: Emissions. Carbon emissions more specifically; Jones was found to have breached broadcasting regulations by ACMA for saying on air that ”human beings produce 0.001 per cent of carbon dioxide in the atmosphere.” Not correct. He did the “research” himself.

F: Forty. The number of people who showed up to Jones’ anti-Clover Moore rally this year.

G: Greek dancing. After winning Liberal preselection for the NSW seat of Earlwood in 1978, Jones appeared at an event in Greek national dress, and performed Greek dance moves. He lost.

H: “Holy Nellie!” An exclamation that Jones enjoys and uses frequently. It can be found in his apology (see A for Apology) and his regular discourses on Gillard.

I: I. Just about every sentence seems to start with an “I” for Alan Belford Jones. Example: on today’s comeback program he said “I have been astounded at the hatred and anger and, of course, jealousy that has been dished out towards me.” And there were plenty more examples today.

K: Killen, John. The trial of the ex-policeman was aborted in 1992 after an interview Jones did with Paul Kenny, a former Drug Enforcement Squad Officer. Jones and 2UE were found guilty of contempt of court.

L: Lawyers. Jones has used a lawyer on more than one occasion, including over contempt of court charges and defamation payouts. He also made use of the legal profession when he was found by the Australian Broadcasting Authority to have taken payments for comments on his program. Jones said it was only a coincidence that in 1999, he signed a deal with the Walsh Bay Finance Corporation and called one of their developments “magnificent” on air the next day.

M: Maley, Jacqueline. The Sydney Morning Herald journo had the gall to ask Jones at the Rally of No Confidence if he had been paid a fee to appear; he then had a go at her at the rally, inviting opprobrium.

N: Name-calling. Jones says name-calling is “the province of those who can’t sustain an intellectual argument”. Here’s a few of his favourites: Ju-liar, fool, brain dead, dope, unadulterated grub.

O: Objectivity. Jones said at a Liberal party fundraiser in 1996, “the interests of the nation are more important than the objectivity of Alan Jones”.

P: Punctuality. Jones was unimpressed with Julia Gillard being 10 minutes late for an interview with him on 2GB last year, and ranted on air and at her for some time.

Q: Qualification. Jones said his apology to Gillard on Sunday was without qualification, but went on to give many reasons excusing himself, including that he didn’t know the speech was being recorded.

R: Rallies. Jones is a big fan of organising rallies to protest against the carbon tax, Clover Moore, etc. But he lost a gig after his comments about the late John Gillard; the anti coal seam gas rally in Murwillumbah, NSW, has booted him off the speakers’ list.

S: Sydney University Liberal Club. The location of Jones’ speech in which he commented on John Gillard’s death.

T: Trucks. “Someone has instructed the federal police from stopping them going where they want to go. This is shameful. Here are the people in their trucks, this is the most disgraceful thing that has ever been done to democracy” — Jones said this in a Canberra rally of the Convoy of No Confidence. Jones claimed the federal police were stopping the trucks from attending. But organisers had agreed with police the trucks wouldn’t be allowed onto Parliament Drive for safety reasons.

U: 2UE. This was Jones’ first foray into talkback, where he worked from 1985 to 2002 before moving to 2GB. It was at 2UE that Jones first flirted with the law; 10 defamation suits were brought against him in 17 years at the station.

W: Woolworths. The supermarket chain has pulled advertising from Jones’ breakfast program after the latest comments.

X: Xenophobia. ACMA found Jones guilty of broadcasting material encouraging violence and vilification of Middle-Eastern Australians after he read out this listener’s letter: “My suggestion is to invite one of the biker gangs to be present in numbers at Cronulla railway station when these Lebanese thugs arrive, it would be worth the price of admission to watch these cowards scurry back onto the train for the return trip to their lairs.”

Y: Yunupingu, Mandawuy. In 1993, Jones described Mandawuy Yupingu’s Australian of the Year win as an insult. Later that year he said Australians were “getting no say when you [Aboriginal people] say this is your nation, it’s not, it’s Australia’s nation … They [average Australians] are being asked to pay taxes to fund people who are seeking title to productive land to which they’ve made no contribution to its productivity”.

‘God bless you Alan’: Jones’ listeners speak out on 2GB

Bishop retreats to 2GB for the soft apology interview

“H for hypocrisy – the stuff the bloke wallows in.”?

T should surely stand for Teacher, the great man’s career before he discovered his mouth. And I’m sure your lawyers would prefer me to stop right there.

The popularity of Jones is a source of discomfort for me as it is evidently a measure of the irredeemable sillyness of a large proportion of Australian society. This man seems unable to put forward any reasonably cogent argument and resorts to bluster and invective instead.