Jones inspired dislike ... Warming the planet with your money ... Boredom. Why is it so? ...

A Liberal view on Jones. Much twittering about Alan Jones yesterday by those I follow. The man certainly can inspire dislike. I was even moved to tweet once myself after reading his pathetic attempt to divert some of the criticism by saying he was speaking at a private function under the “do-not-quote-me” Chatham House rules.

Still, I probably should have followed the advice of Mark Textor and not contributed. The Liberal Party pollster was spot on with his comments:

Prime Minister Julia Gillard reacted with a dignified silence that did her great credit. All in the Labor should now follow her example and put the whole of Jones’ radio station 2GB on the to-be-ignored list.

Warming the planet with your money. If you think it’s wrong that the money managers can invest your superannuation funds in enterprises whose actions are adding to global warming, then sensible protest action is at hand. The global trade union movement has helped launch an investment industry NGO to assist pension/super fund members challenge climate risk taking and excessive short-termism in the global financial system. 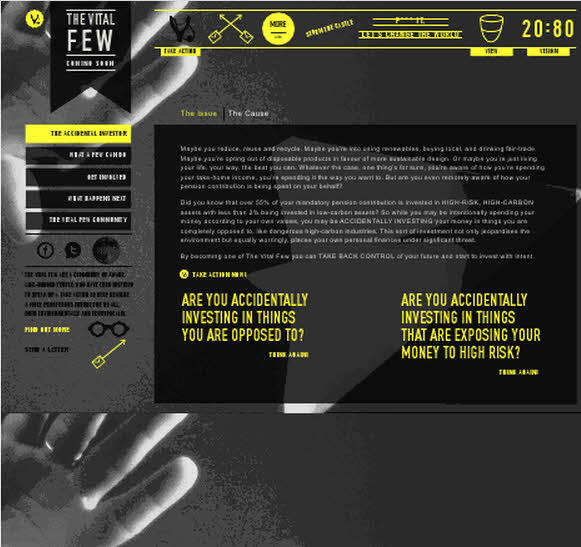 “Sitting atop the wealth chain, the pension industry has continued its fast and furious spending spree on high-carbon, high-risk investments with little accountability for their impact on the long-term financial security of both individuals and the broader economy,” said Julian Poulter, executive director of the Asset Owner Disclosure Project (AODP).

“The Vital Few platform can be used by anybody signing up as a free member to exercise their legal rights in forcing their funds to demonstrate how they are performing their fiduciary duty in managing big systemic risks such as climate change.”

The unengaged mind. I hope it hasn’t happened to readers of these snippets but fearing the worst I thought I had an obligation to draw attention to the press release from the University of Guelph headed “Bored? Researchers Shed Light on Why“. It summarises the behind-a-paywall article in which Canadian researchers come up with a new, precise definition of boredom based on the mental processes that underlie the condition.

Here’s the abstract of the article “The Unengaged Mind — Defining Boredom in Terms of Attention” which is available for free:

Our central goal is to provide a definition of boredom in terms of the underlying mental processes that occur during an instance of boredom. Through the synthesis of psychodynamic, existential, arousal, and cognitive theories of boredom, we argue that boredom is universally conceptualised as “the aversive experience of wanting, but being unable, to engage in satisfying activity”. We propose to map this conceptualisation onto underlying mental processes. Specifically, we propose that boredom be defined in terms of attention. That is, boredom is the aversive state that occurs when we (a) are not able to successfully engage attention with internal (e.g., thoughts or feelings) or external (e.g. environmental stimuli) information required for participating in satisfying activity, (b) are focused on the fact that we are not able to engage attention and participate in satisfying activity, and (c) attribute the cause of our aversive state to the environment. We believe that our definition of boredom fully accounts for the phenomenal experience of boredom, brings existing theories of boredom into dialogue with one another, and suggests specific directions for future research on boredom and attention.

A strange way of running an office

Why anyone in Labor pays court to Jones is beyond me – it’s usually been to sell their own self-interest, which says more about them and the company they’re prepared to keep.

On the definition of boredom, I’ve never quite understood what boredom is. You may filter or block out uninteresting, repetitive or abusive input, but there’s always something interesting to think about meanwhile.

And Richard, your Crikey contributions are none of U, R or A listed above. 🙂

For the magpie mind, your section has lots of shiny.