Back in August last year the Prime Minister Julia Gillard announced her version of keeping the promise made by her predecessor Kevin Rudd to end the blame game over improving the public hospital system.

What a difference a year makes. Remember the headlines like this: Back in August last year the Prime Minister Julia Gillard announced her version of keeping the promise made by her predecessor Kevin Rudd to end the blame game over improving the public hospital system. After 15 months of negotiations, the stories told us, Ms Gillard had signed all the states up to a hospital reform package that would inject billions into ailing state systems.

She, the practical can-do PM, had succeeded where Kevin had just dithered.

“When you look at the arrangements that then Prime Minister Kevin Rudd talked about, they had with them a set of transactions in relation to the Goods and Services Tax,” she said.

“That set of transactions was not agreed by state governments and in my estimation was never going to be agreed right around the nation.

“So I have taken a different approach but at every step of the way I’ve held true to the reform agenda that makes a difference in the long term, and held true to the objectives that Australian patients want to see when they go to a hospital — less waiting timer, less waste, more local control — delivered through this agreement.”

And so to the headline from this morning’s Courier Mail that some might be unkind enough to suggest is somewhat of a progress report on what has been achieved.

And this one from the Sydney Daily Telegraph about what’s happening in New South Wales. They are the kind of stories that make the reaction of then acting Opposition Leader Julie Bishop back in August 2011 look surprisingly accurate.

“All that’s happened is that Julia Gillard has provided the states with more money, but with no guarantee of any reforms at all,” said Ms Bishop.

“She’s capitulated to the states. They’ve got everything they’ve asked for and the Federal Government have got nothing in return. All they are doing is providing more money, and not solving the problem.”

Democracy saved? Should we all relax or start worrying? Queensland miner and previous Liberal National Party chief funder Clive Palmer on how the people would not put up with “the rape of this state” through job cutting and revenue raising by the Premier Campbell Newman who leads his old team’s government.

“I remain the last sentry at the gate to protect democracy.”

Children of immigrants come out ahead. It’s another of those articles behind a dreaded pay-wall so once again I’m relying on the press release for what to me is an important finding about why continuing immigration is a good thing.

Sociologists Lingxin Hao and Han S. Woo, having tracked nearly 11,000 children from as young as age 13 into their early 30s, found that children of immigrants are outperforming children whose family trees have deeper roots in the United States, learning more in school and then making smoother transitions into adulthood. When comparing children with similar socioeconomic status and school conditions, Hao and Woo found that the best students, and later the most successful young adults, were born in foreign countries and came to the United States before reaching their teens. American-born children whose parents were immigrants followed closely in terms of achievement.

Hao and Woo found that the advantages were comparable for both Asian and Hispanic children. Their study, “Distinct Trajectories in the Transition to Adulthood: Are Children of Immigrants Advantaged?” appears as part of a special section on children from immigrant families in the September/October 2012 edition of the journal Child Development.

What explains the more positive trajectory for children of immigrants? Hao, a professor of sociology in the Krieger School of Arts and Sciences at Johns Hopkins University, suggests that there is a greater sense of community among immigrants out of necessity: Newcomers often need a lot of assistance when they first arrive in the United States. But Hao, who is from China, thinks there is also a great deal of inspiration to be found among the immigrant community. Parents, she says, might be working multiple low-level jobs and encourage their children to seek a better life for themselves.

The success stories of immigrants who have “made it” are also held up as role models for immigrant children, something children of native-born parents might be lacking, Hao says. To that end, this research can inform education and labor-force policy makers when it comes to new plans to help lower socioeconomic groups move ahead, she says.

Growth about on trend for Australia. The composite leading indicators (CLIs), designed by the OECD to anticipate turning points in economic activity relative to trend, show that the loss of momentum is likely to persist in the coming quarters in most major OECD and non-OECD economies. The CLI for Australia released overnight suggests growth around the trend level of recent years. 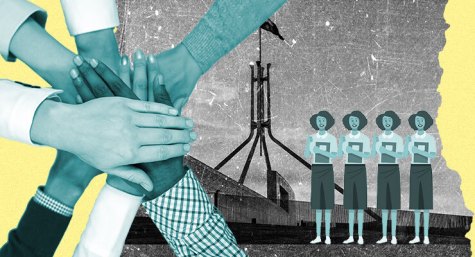 What a remarkable Christian ethic we have ie: elderly patients left dehydrated or malnourished to ‘starve’ in hospitals but on no account are elderly people able to opt for dignified euthanasia. Apparently their lives are too precious for the latter.