Quiggin: Qld’s no-ideas budget will hurt where it counts

Queensland Treasurer Tim Nicholls’ first budget is a startling exercise in self-contradiction. In all but one respect, it looks like the typical budget of a government that doesn’t have too many ideas, but pays a lot of attention to focus groups and industry lobbies.

Members of the huge LNP backbench are busy sending out messages to their electorates crowing about all the goodies they’ve managed to extract from the government’s barrel of pork. Many of these goodies were the typical bribes issued in advance of an election, including:

With one exception, the government can reasonably claim to be keeping its “core” promises. But the one exception is huge: the sacking of 14,000 public servants, most of them in service areas such as health, justified by an alleged fiscal emergency.

Before the March election, fully aware of the level of public debt (and, for that matter, assets) the LNP promised public servants their jobs were safe. After the election, they claimed this assurance was directed only at those in “front-line jobs”. Then, when they announced the sacking of large numbers of nurses, they said the “front-line jobs are safe” really meant “front-line services won’t be affected by job cuts” (a nonsense claim, but hard to disprove immediately).

The mass sackings were justified by the standard device used by newly elected conservative governments to dump inconvenient election promises, a commission of audit. This one was headed by Peter Costello, whose 1996 commission of audit paved the way for those that followed, not to mention the discovery that election promises needed to be classified, after the voters have been counted, as “core” and “non-core”.

Costello couldn’t find any actual holes in the previous government’s accounts, so they simply highlighted the most alarming measure of public debt (gross public debt for the entire public sector, ignoring financial and physical assets) and painted a picture of disaster that was amplified by Campbell Newman’s suggestion that Queensland was on the verge of becoming another Italy and Spain.

While the report’s treatment of debt was absurdly alarmist, it did at least make the point that Queensland financial difficulties were due, in substantial measure, to the erosion of the state’s most efficient revenue sources, land tax and payroll tax, through concessional rates and high thresholds.

Apart from the mass sackings, the budget barely addressed any of the state’s problems and showed little in the way of of fiscal discipline. There were increases in gambling tax (the most regressive and socially costly tax in the government’s armory) and in mining royalties (the aim being to bite into the take of the federal government’s mining tax). But the big issues have not been addressed.

The timidity of the budget (except when it comes to sacking people) is illustrated by the treatment of the $7000 first home buyers grant, a policy universally agreed to be unjustified and counterproductive. The budget scrapped the grant, but replaced it with an even bigger one, restricted to the purchase of newly built houses. This policy is even more blatantly distortionary than the old one.

So the government is relying almost entirely on cuts to the public service, focused on the health sector. This is a high-risk strategy to put it mildly.

It may well be that the health bureaucracy is bloated and inefficient, but that doesn’t mean creating a new layer of regional management is going to improve things, especially when their first task is to implement arbitrary cuts in the number of nurses and other employees. Promises that front-line services won’t be affected by job cuts is just wishful thinking. There hasn’t been any analysis of how to improve efficiency, just an edict that numbers need to be cut.

In these circumstances, it’s virtually inevitable that waiting lists will blow out. And inevitably, when you have long waiting lists, people will die waiting. At that point, the question will be whether the government can hold its nerve and admit that it was lying about the front-line services, or whether we’ll see expensive panic measures to fix the problem.

Overall, the budget manages to combine the worst of all worlds: panic cuts in crucial areas of public services hand in hand with pork barrelling and vote buying that are outrageous even by the depressingly low standard of Australian state politics. All justified by the tired and discredited theatre of commissions of audit, black holes and the rest.

PromiseWatch 2013: 15 more from from the Coalition

How Abbott rewards the IPA: part 2 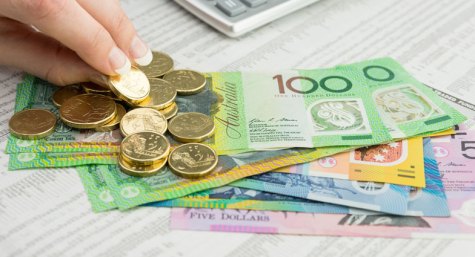 Why are unelected bureaucrats trying to set fiscal policy?

I’m surprised that you are surprised at the incompetence of the LNP. Always the talk but never the walk

They have never even exceed the level the the ALP has set distressingly low that that is.

There has never in my 50 plus years an actually reforming and economically effective Liberal govt. The hard yards have always been done by the ALP although I am prepared to acknowledge the efforts of Kennet

How many of those left on the front line of Health will have their time taken up “catching up on paper-work” – that used to be done by these “pen pushers”, now sacked – when they could be working on those “waiting lists”?

Well put. It seems that Can Do was shorthand for Can Do a Lot of Damage.

I won’t be long before the LNP goverment “discovers” that the metrics of the health waiting lists are all wrong (blame Labor) and change them so that it appears that the waiting times are dropping.

who cares? queensland made their bed, now they have to lye in it. typical australians though, vote against their own best interests and then complain about it. well, good luck to them, they deserve it.