Given the scale of the blood-letting in Tim Nicholls’ Queensland budget yesterday, it might be thought that the arts got off rather lightly.

Discovering the true nature and scale of the funding cuts from the budget papers is very difficult. As with many of the other departments in Campbell Newman’s government, the arts has been moved to a new organisational entity in the new government — out of Anna Bligh’s Premier’s Department, and into Ros Bates’ Department of Science, Information Technology, Innovation and the Arts.

Some of the arts cuts may have been money saved by not implementing Anna Bligh’s various arts budget promises, such as an extra $1 million a year for small-to-medium organisations and a special fund for Aboriginal and Torres Strait Islander artists called the Backing Indigenous Arts program. Crikey contacted Minister Bates’ office for further details, but hadn’t received confirmation by the time of writing.

The $12 million in cuts to arts grants are small potatoes in the scheme of the savings Nicholls has implemented across the Health and Public Works departments, but they will be keenly felt. That’s because grants to artists are such a tiny component, not just of overall government spending, but even of state government funding for Arts Queensland. For instance, 45 of Queensland’s small-to-medium cultural organisations received about $11.4 million a year under Anna Bligh.

Arts Minister Ros Bates has had something of a rocky ride since taking office. Just days into her new portfolio, Premier Campbell Newman cancelled the Queensland Premiers’ Literary Awards without telling her. Weeks later, Bates sacked the Deputy Director General of Arts Queensland, Shane Rowlands, blaming her department for a speech Bates gave to Queensland Parliament that it turned out had been delivered almost word-for-word by Bates’ predecessor, Labor’s Rachel Nolan, last year.

The cuts to vulnerable funding programs won’t help Bates’ dire standing in the Queensland arts sector. In recent weeks, Crikey has heard rumours that Bates has been refusing invitations to Queensland arts events, after a number of frosty receptions from the local cultural community. 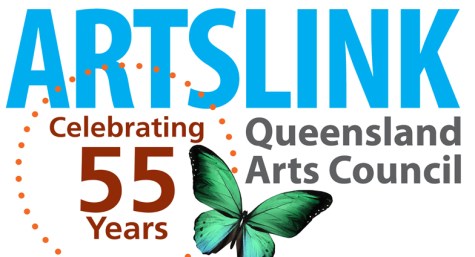 Will the stars align for Queensland’s new arts bet?

The minister, the speech and the troubled arts department

How unsurprising. Bates and her office are out of their depth.

One suspects the invitations to the Minister are sent automatically and no-one actually wants her to attend.

In the space of several months Soup Newman has damaged Queensland – watch out, Australia.