Have BHP shareholders got their money’s worth?

Marius Kloppers should be grateful to his predecessors at BHP for creating a company able to withstand a series of multibillion-dollar management blunders.

Marius Kloppers should be grateful to his predecessors at BHP for creating a company able to withstand a series of multibillion-dollar management blunders that would have crippled other companies. The former McKinsey management consultant has failed in almost every major decision he’s made as Australia’s largest mining company, but that hasn’t stopped the BHP Billiton board from paying him, and his executive team, hundreds of millions of dollars of shareholder funds.

The beauty of being elevated to CEO of a mega business is that mistakes are able to be insulated by shrewd decisions made by predecessors and capital invested by shareholders. BHP Billiton’s major profits drivers such as its  oil and petroleum investment (beginning in 1960s and 1970s and expanding over the coming decades), its Pilbara iron ore (began in the 1960s), North-West Shelf (1970s), the hugely profitable Econdida copper mine (acquired in 1984) were all well-established money spinners before Kloppers arrived.

Coupled with rampaging commodities prices (courtesy of China’s massive credit expansion), it would have been impossible for BHP not to make a lot of money in the past decade. But what has been truly remarkable is just how much value BHP management has managed to squander.

While none of the missteps come close to the disastrous Billiton merger (which cost BHP shareholders 42% of the company for assets that contribute minimal profit), almost every major capital allocation decision made since he became CEO in 2006 has been misguided.

Not long after taking the reins, Kloppers attempted what predecessor Brian Gilbertson failed to convince the BHP board to do — a takeover of Rio Tinto. BHP would offer Rio shareholders 3.4 shares for every BHP share (an offer that valued Rio at almost $150 billion). Months later, BHP would withdraw its bid, as the global financial crisis took hold, with Kloppers telling investors that “the greater debt exposure of the combination plus the difficulty of divesting assets have increased the risks to shareholder value to an unacceptable level”. Rio’s market value is now $97 billion (although the offer wasn’t a cash one, so the value of the offer has also fallen).

Kloppers’ Rio frolic wouldn’t only cost BHP pride — but also cold, hard cash, with the company having to pay its lenders more than $US450 million in break fees (not to mention internal resources and time). After it takeover, BHP would spend considerable resources working on a $US116 billion iron ore joint venture with its fellow Anglo-Australian giant. By October 2010, those plans were also withdrawn after opposition from regulators.

After failing to get its hands on Rio, BHP turned its attention to the $39 billion acquisition of Canadian based PotashCorp. BHP’s bid would fail, this time, after the Investment Canada (Canada’s equivalent to the FIRB) rejected the takeover on national interest grounds. It was only the second takeover (out of 1600 reviewed) that had been rejected by the regulator since 1985. After BHP’s bid failed, the potash price has outperformed most other commodities, increasing by about 30%.

After losing out on PotashCorp and Rio, BHP wouldn’t be jilted a third time the following year when it pulled out all stops and agreed to pay $US4.75 billion in February 2011 for Chesapeake’s Fayetteville shale oil assets in the US. BHP Petroleum chief Mike Yeager gleefully announced to shareholders that “the Fayetteville shale is a world-class onshore natural gas resource [with the] transaction mark[ing] BHP Billiton’s entry into the US shale gas business. The operated position we are obtaining will immediately make BHP Billiton a major North American shale gas producer.”

The problem was, BHP executives completely failed to notice the shale gas bubble was bursting, and just over a year later, the company embarrassingly announced that it was writing off $US2.8 billion on the value of the shale gas assets purchased. If the major skill of a mining executive is to forecast future demand and supply of commodities, some key BHP executives are perhaps in the wrong jobs.

But the Chesapeake disaster wasn’t even the biggest misstep — that would be the decision to conduct a $10 billion share buy-back late last year, when BHP shares were trading above $40. As Robert Gottliebsen explained, the buyback was made “against the advice of a number of the wiser Australian long-term institutions who told BHP in no uncertain terms to lift the dividend instead of buying back shares”. The only rational explanation for the buy-back was that BHP executives and its board believed that shares were under-valued — further implying that the market had its assumptions on commodity prices and Asian demand all wrong.

As it turned out the market was right and BHP was very, very wrong. BHP shares have since slumped to only $31, costing shareholders another $2 billion.

Meanwhile, one of the few decisions that Kloppers had been lauded for, BHP’s switch from annual to short-term iron ore contracts, is also coming unstuck. In 2010, when the agreement with steel mills was reached, it was lauded as being a “significant win”. That, of course, is only the case when commodity prices are going up. When prices are going down (as they are at the moment, with iron ore off 50% from its peaks), it’s preferable for the seller to have locked in higher prices, as the spot market can overreact on the downside. It appears that BHP thought it knew its customer’s needs better than its actual customers.

Fortunately for Kloppers and his executive team, it appears that management errors don’t appear to translate into remuneration adjustments. In the past five years, Kloppers has been paid about $50 million (even after he “graciously” agreed to forgo a short-term bonus in 2012), while commercial boss Alberto Calderon has collected $19 million. Ferrous and coal boss Marcus Randolph has taken home more than $22 million and human resources chief Karen Wood has been paid more than $17 million.

One suspects that BHP shareholders haven’t exactly got their money’s worth.

Kloppers ‘really screwed up’, but still gets $85m for BHP stint 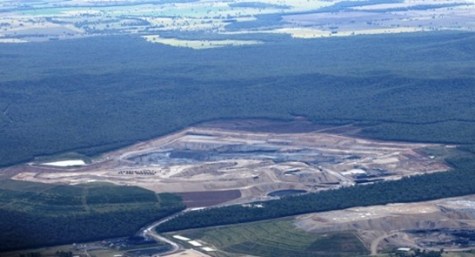 Miners’ ineptitude is costing you a bundle

Could somebody tell me why Kloppers & his crew aren’t held to account?

What the reaction would be if the PS wasted money at that rate?

Why don’t the funds act? after all they are supposed to represent the interests
of their investors

Pav is exactly right. In fact BHP is only the best (worst?) one example in a string of failures by Aust’s largest companies.

At least 3 out of the 4 banks have nearly been imperilled by their Board/CEO decisions. Rio Tinto has strong claims to being even worse given their abject failures of recent years. For sheer, utter, bald-faced incompetence it would be a brave person who decides which is the most egregious case.

You have to love them, Kloppers and his CFO didn’t take their bonuses this year. No doubt they will get double next year to compensate.

I can’t believe they are still employed.

I’m so glad BHP did a world wide recruitment search to find Kloppers. God forbid, it takes international talent to be that bad.

Let me tell you a story about Mr Kloppers. It demonstrates his qualities as a man and his total lack of responsibility for his personal conduct.

Mr Kloppers’s child damaged article(s) at their school. The response from Mr Kloppers that the school was responsible for the child’s behavior and that he certainly wouldn’t recompense the school.

So if you won’t take responsibility for your kid’s behavior, what would you expect from the man charged with operating a national institution. It’s everyone’s fault bar mine. Just pay me the bonus!

The company known as “the Dumb Australian” after a litany of investment disasters still gets the prize for making the most money by adding the least cost: just dig-it and ship-it.

Kloppers’ job is NOT to grow the business but rather to minimize the stupid decisions made with the free cash made available by digging up the Pilbara – nice work if you can get it !!