Why your kids should be taught ethics in school

Would you rather your child was smart or good? If you want "good" kids, teach them ethics at school, writes Cranbrook School deputy principal and author Michael Parker.

Would you rather your child was smart or good?

Of course in an ideal world we would all shout out “both” — but what if it could only be one or the other?

If you eventually said “good”, or even came close, then this gives you real pause for thought about what we are all doing in our schools. In a school system that is increasingly NAPLAN- and marks-driven, should we be making space to get kids to talk and think about ethics? Not just hoping they pick up their ethics osmotically through the examples of their parents, teachers and sports heroes, but instead planning for them to really concentrate on ethics in an explicit and sustained way?

Schools would be different. I think they would be better too.

In NSW, ethics classes have been trialled for several years. Unfortunately, the only way these lessons could be shoehorned into schools was to have them timetabled “against” religious studies, creating a frankly bizarre turf war among advocates who should have been allies. After all, one major function of religion is to prompt us to live ethically, and a major wellspring of ethical thinking has been religious figures. This internecine dispute I think blinds us to two more major questions about teaching ethics — shouldn’t it be delivered to all students, not just some, and shouldn’t it be taught by the same professionals who we trust to teach our children English and maths, instead of other volunteers?

But, moving the agar plate of some schools aside, what could ethics in schools look like? Time to dream here …

For a start it would be a regular discussion lesson with trained teachers in which every child got to have their opinion, and got to have their opinion respected. At the same time, the discussions wouldn’t simply be a “values clarification” exercise where every opinion was as good as every other. Instead the teacher would act as a traffic cop in the discussion, scrutinising ideas, guiding discussions and getting students to think about their own assumptions, biases, world views, etc. This of course is a world away from a teacher pouring their own superior ethical views into the empty vessels that are the students’ minds.

And what would the kids all talk about? Well, they would talk about ethical dilemmas from all over the world. It might be issues as small scale as “if grandma knitted me a terrible jumper and asked me if I liked it, should I tell the truth and hurt her feelings” or “should I download my friend’s USB stick full of music into my iTunes library?” It might be issues as large as “would you torture a bomb maker to get him to reveal where he had planted a bomb”, or “should you make AIDS drugs free in Africa?” And everything in between — euthanasia, business ethics, plagiarism — the list goes on and on.

However, you wouldn’t just talk issues in these lessons. You would talk ethical theories too. Kids could learn the girders that underpin ethical  decisions. The philosophies are big, but they can be boiled down quite simply too. For example with the granny jumper question above, a utilitarian (big word for kids No.1) would say “look at how much pleasure and pain your lie causes — if it makes granny happy  and no one sad, then it can’t be bad. A deontologist (big word for kids No.2) is more likely to say “hang on, a lie is a lie, and a lie is bad. Better to let granny have it straight.”

In addition there are dozens of ethical thinking techniques and potholes that kids could be explicitly taught to make their thinking stronger. A very good ethics program wouldn’t just give the kids ethical meat, it would give them the ethical teeth to chew things over with too.

Children can do this, by the way. I have been doing it with young people for 20 years where I work (at Cranbrook School in Sydney) and I am regularly amazed at how insightful, thoughtful, reflective and mature they can be. Sometimes they teach me a thing or two as well. Dozens of other teachers I know have been teaching ethics at public, private, secular or church-based schools, and they all report the same thing.

If we think it is as important for our kids to be good as it is for them to be smart, and we are collectively willing to follow up on this, then we could have an ethics program that is absolutely second to none. And then at the very least we’d have a next generation that might come and visit us in the nursing homes too.

*Lessons probably start from the age of about 10 — although low-level stuff about friendships, etc, could happen much younger than this 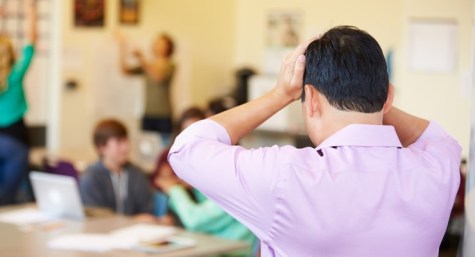 Introducing ‘Ask The Ethicist’. First up: what about the teachers?

Why a code of conduct won’t change Craig Thomson

The problem with secret cancer research

I think this is a fantastic idea, and I agree that it should not simply be in place of religious classes, which suggests a disturbing (and yet somewhat comical) dichotomy: “Alright kids, break into two groups. Those who want to learn about faith and God over here, and those who want to learn how to think critically and act ethically over there.”

Perhaps an idea for a format could be a variation of the old Geoffrey Robertson’s Hypotheticals, with answers given by the class being used to sustain a developing story. Admittedly this would take some serious teaching talent.

This poses difficulties in a classroom environment: I’d imagine that having one’s opinion taken apart in front of one’s peers would be an unsettling experience, and the teacher would need a keen sense of how to maintain a civil tone. But we like to think it’s good for kids to play sport or do martial arts for the character-building aspects (e.g. learning to lose gracefully), so I don’t see why the sport of discussion should be any different. If anything, learning to “lose” an argument (or have one’s mind changed by evidence and reasoning) is something we could do with a lot more of in our public and private lives.

I don’t think Religion and Ethics are quite as complementary as you believe. Ethics teaches one to think through a situation and determine the best way to deal with it based on a set of standards. Religion would have us look up the answers in a book, or have them dictated to us by our elders (priests, rabbis, imams etc). The last thing any of the religions want is a bunch of people with the ability to think critically.

My only problem with this is that it isn’t happening fast enough or fully enough ie across all schools. I have been teaching this for years and I am still excited to hear the contributions to these discussions that each new year of students brings. I also agree with the author that teaching ethics has the power to help people to think about notions of ‘justice’, the rights of others, to ‘do good’ and to ‘do no harm’. At the very least, it gets people to consider their place in the world and how their actions (or inactions) have the power to impact others.

The religious interests were never going to be allies of the ethicists because they believe they have a monopoly over morality.

I thought there already was such a program: it’s called the Philosophy in Schools program and is an age-appropriate approach to ethics. Would be a good starting point, and the schools which have used it would probably be more than willing to share their experience. Has been written up in SMH and other media within the past few years.