Niall Clugston writes: Re. “The Power Index: the 18 most powerful people in religion” (yesterday, item 9). The inclusion of Scientology’s Australian president in The Power Index for religion piles non sequitur on non sequitur.

As the article says, Scientology’s numbers here are a “mere blip”. So how is it powerful? Apparently because it has “tax-exempt status”. As do all religions in Australia and around the world. Even the USSR gave religions tax-exempt status.

To round it off, Scientology is labelled a “controversial organisation” that “many call a dangerous cult”. Of course, it’s easier to persecute minorities if you call them powerful, as the Jewish experience shows.

Martin Gordon writes: Re. David Griffin’s letter (yesterday, comments). David let Crikey/Gonski and Gillard off easily with the graph and its flaws. The proportion of GDP spent is also an input measure only, not an outputs one.

The graph failed to segment for primary, secondary and tertiary education, it failed to standardise for composition of population. Mexico and Brazil have markedly younger populations than other OECD nations and education spending needs to be larger as a portion of GDP all other things being equal, which clearly they are not.

The use of this graph and the general oversell of this package should set the alarms bells ringing. Legislating for an outcome, sounds like a Soviet or Saddam Hussein constitution, words that mean nothing, a bit like a “LAW” tax cut! The package seems to be a political exercise with all the action years away.

Similarly the NDIS, the oversell and getting the kudos now but the hard grind is much later.

Georgie Smith writes: Re. “The costs and rewards of devolving public service functions” (August 31, item 1). In Bernard Keane’s piece he finishes with this line: “Labor’s approach, meanwhile, seems to be to simply slap another cut on the public service.”

I’m sorry but what?! Coalition governments in Victoria (my employer), NSW and Queensland have all announced deep cuts to public service numbers.

Now it would be inappropriate for me to give my opinion of the methods related to such cuts, but I feel I’m on safe ground to assert that Bernard’s glib quip that Labor’s the one with the razors out is manifestly failing to acknowledge the full story. 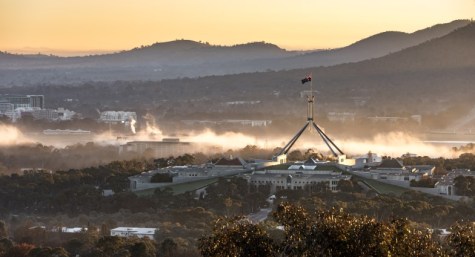