Amongst all the many panel discussions, debates, and ‘in conversations’, the Melbourne Writers Festival is the site of launches for new and established literary magazines. MWF has hosted the Big Issue Fiction Edition, Seven Stories, Veranda and Above Water to name just a few. The closing night of MWF tomorrow will see the launch of the latest issue of Going Down […]

Amongst all the many panel discussions, debates, and ‘in conversations’, the Melbourne Writers Festival is the site of launches for new and established literary magazines. MWF has hosted the Big Issue Fiction Edition, Seven Stories, Veranda and Above Water to name just a few. The closing night of MWF tomorrow will see the launch of the latest issue of Going Down Swinging in a night of performances from some of Melbourne’s best spoken-word artists at the Toff in Town. I asked co-editor Geoff Lemon a few questions about the edition, and what we can expect at tomorrow night’s launch.

Can you talk about the ethos of GDS – how does it differ from other journals?

Our major launches, for instance, are as important as the anthologies being launched, because each launch features the debut of at least one commissioned long-form performance piece, written for GDS by a performer we admire. We then search out opportunities to stage several commissions at once at other places around Australia. Equally, digital publishing lets us include the moving image, programming, interactive text and any number of other options. Almost any art can now be anthologised.

The ethos behind all this is one of putting the audience first. We don’t want to publish based on notions of worthiness, or laying claim to a refined sensibility. We find artists and writers who we think are amazing and clever and above all entertaining, and then we aim to bring them to an audience. As simple as that.

Spoken word is central to GDS – you include CDs in every edition and have performances at each launch. How did you select the performance commissions both for the CD and the launch of #33?

For the launch we have Benezra and Angie Hart, who’ll perform live and be recorded for our next CD. Angie was approached to write a response to the song-poem ‘Angie Hart’, by Adam Gibson and Modern Giant, that was published in GDS ten years ago. Adam will also be there to play his original, so that’s all extremely exciting.

Benezra is a first-rate poet and musician – I describe him as halfway between hip-hop and the murder ballads. There’s something of the bluesman to him, intense imagery growled through gravel.

The commissions on the 2012 CD are the two that debuted at last year’s launch, by Felix Nobis and Mantra. Felix recites long, genial poem-stories from memory, with a rolling but unobtrusive rhythm and rhyme. He has that knack of making each person in the audience feel like he’s just talking to them. Mantra is a rapper who made a great transition to spoken word. He mixes incredibly dense and clever rhyming patterns with narrative drive.

What can we expect at the launch?

GDS launch parties are far more party than launch. ‘Launch’ tends to indicate awkward conversation over a plastic cup of red wine in a bookshop at 6 pm. We put on a full evening’s entertainment, with a performance showcase, music, drinks in glassware, and good humour. This year we have comedians Lawrence Leung and Crazy Elf to start, then GDS works from Cate Kennedy, Angie Hart, Adam Gibson and Benezra.

This edition is nicknamed ‘The Jesus Issue’ – what drew you to this theme and what sorts of ‘Jesus content’ is in the issue?

The Jesus Issue began as a joke, with this being Issue 33. But the nickname stuck around. We didn’t want to theme a whole issue, so we did a Jesus section instead: nine pieces in the book, and half a dozen tracks on the CD. The results are really interesting, and much more entertaining than the concept might promise – a range of completely different takes on the guy, coming variously from true believers, lapsed believers, fence-sitters and sceptics. There are stories, essays, poems and images; some hilarious, some serious.

What are the print highlights of #33?

Our commissioned collaboration between writer Cate Kennedy and artist Simon MacEwan is beautiful – the 16 colour pages in the middle showing off Simon’s watercolours to their fullest. Cate will also be reading her story at the launch. Our commissioned essay is a brilliant analysis by Briohny Doyle of the depictions of motherhood and monstrosity in film, starting with the Alien franchise. Briohny’s gift lies in making subjects like these highly entertaining while providing real insight.

Too many to name. Michael Trudeau’s ‘Badass’ is an extraordinary piece of storytelling. The poems ‘A Guide for the Practical Abductee’ and ‘The Tunguska Event’ are two favourites. Paul Adkin’s deconstruction of 9/11 conspiracy theories along lines laid down by Poe is fascinating. Eric Dando’s ‘The Novel Teacher’ still made me laugh after dozens of proofreads. And our Hawaiian poet laureate Eric Paul Shaffer makes yet another appearance. But really, to survive a selection process from some thousands of submissions and make the final 40, everything in the issue is a highlight. 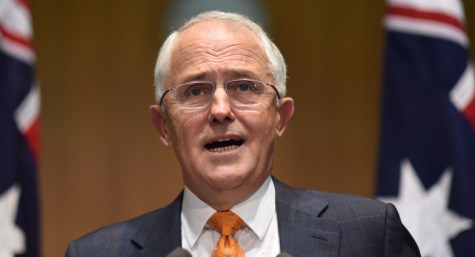 Turnbull’s Digital Transformation Office a bit of a damp squib