Is dental health getting the brush off?

A recent policy forum in Canberra highlighted some of the shocking inequities in oral health and in access to dental services, as reported at Croakey by the National Rural Health Alliance. In the article below, Dr Tim Woodruff, vice president of the Doctors Reform Society, argues that the dental lobby is a major barrier to equitable reform. […]

A recent policy forum in Canberra highlighted some of the shocking inequities in oral health and in access to dental services, as reported at Croakey by the National Rural Health Alliance.

In the article below, Dr Tim Woodruff, vice president of the Doctors Reform Society, argues that the dental lobby is a major barrier to equitable reform.

The recent one day Oral Health Policy Forum in Canberra gathered together a variety of oral health professionals along with members and representatives from a variety of professional and consumer groups with a strong interest in improving oral health.

The hope was that this would be an opportunity to find common ground and explore ways of advocating for the necessary changes to address the appalling state of oral health throughout the country and the grossly inequitable access to oral health services due to both geographical and financial barriers.

The question raised was “Why has dental health been getting the brush off?”

One might argue that in a cost constrained world it is just too expensive.

Then one has to ask how it is that the first steps towards a very expensive National Disability Insurance Scheme (NDIS) have been taken. It’s a long road to implementation but the commitment is there.

In addition the cost of not having a comprehensive oral health system tends to be ignored in such arguments.

Lastly it’s worth considering that according to the Henry Tax Review, “Australia is a low tax country by OECD standards” and we have the 3rd lowest spending to GDP ratio of all 30 OECD countries.

But the Canberra forum demonstrated another major obstacle to dental reform.

Many of those present are seeking a commitment to a universal access dental scheme.

One group which believes that a universal access scheme will not work is the Australian Dental Association (ADA).

The ADA raises quite reasonable concerns about the failure of various Medicare add on schemes to prevent the perpetuation of the inverse care law ie that those who need the most get the least and those who need the least get the most.  It does not recognise that Medicare itself is plagued by that same rule and that a fee for service dental scheme with copayments would like Medicare, fall into the same trap.

Instead, it proposes a targeted approach to disadvantaged Australians complete with a cap on how much government funding is permitted each year, supplemented by private insurance and copayments `as a means to have people appreciate that there are significant costs associated with their treatment, ’(1)  and that use of such copayments be determined by the dentist.

This should all sound familiar. It is like Medicare but even more restricted. At least with Medicare there is no yearly cap on expenditure and one doesn’t have to fit arbitrary criteria of disadvantage to qualify.

Medicare has been fantastic for improving access to health services but, after 25 years of fiddling around the edges with safety nets and programs, it remains characterised by significant financial and geographical barriers to access.

There are many contributing reasons for geographical barriers but the reason for financial barriers is simple. They are permitted, and in the case of access to pharmaceuticals, they are mandated by the Federal Government despite the evidence that they reduce access to care by the most needy.

Copayments for dental care will be no different, whether they are those envisaged by the ADA’s plan or optional copayments under a fee for service Denticare as promoted by some of those hoping for a universal access scheme.

In 1975 Medibank was introduced by the Labor Party despite the vehement opposition of the Australian Medical Association (AMA).

A universal access scheme was regarded by that organisation as anathema partly because it was perceived to threaten the control and power of the doctor by making him (usually) dependent on government funding.  They have fought ever since to maintain their power to determine who will be bulk billed, who will pay a copayment, and how big that copayment is.

The ADA is subtler but their alternate proposal demonstrates that this is mainly about the threat to the independence of the profession. Capping access to funds and requiring copayments does not give the impression that the patient is the main concern.

To move oral health policy forward towards a universal access scheme, we need to recognise that the ADA will put its members’ interests first.  Individual practitioners will continue to provide great and generous service to individual patients.

The ADA’s primary interests however, concern the maintenance of income, independence and power and it will not support a system that threatens those interests.

The National Advisory Council on Dental Health set out short-term options for the Government. The public option covers children and a capped means tested adult service for $2.5 billion per year. The fee for service option covering the same groups costs $8 billion.

To move forward, we need to:

1. challenge the perception of inadequate funds
2. encourage political leadership
3. recognise the ADA as primarily protective of its own interests just as reformers since 1975 have regarded the AMA
4. plan a system with an emphasis on salaried public service free of the financial and geographical barriers so evident in Medicare.

• Tim Woodruff is vice president of the Doctors Reform Society 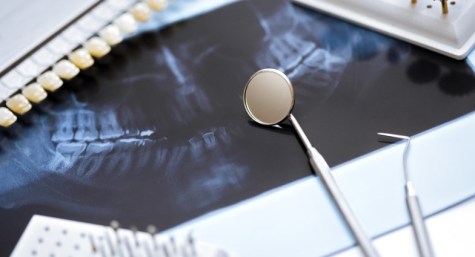