A short comment to haunt Shorten forever. So Bill Shorten is doing it tough on his $330,000 a year. The poor fellow.

Well if it’s hard living on a ministerial income he will find it even harder living down this comment published in the Sydney Daily Telegraph this morning. 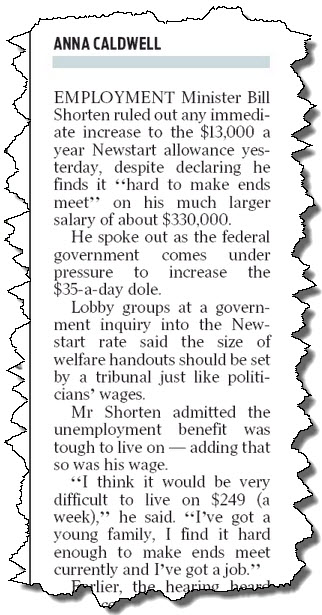 Why this insensitivity was not all over page one I don’t know. They are words that should haunt him throughout his political  career and disqualify him from the high office he so clearly seeks.

Looking for a presidential polling guide. An historical study by Gallup published this week shows that in the 15 presidential elections from 1952 to 2008 in all but three instances — 1988, 1992, and 2004 — the candidate leading in the Gallup poll conducted just prior to the first convention (the “pre-convention poll”) has won the November election. That finding is pointing towards the contest this November being a close run thing for on the eve of the Republican convention the result was Romney 47% to Obama 46% with no more than four points separating the pair at any stage over the last four months. 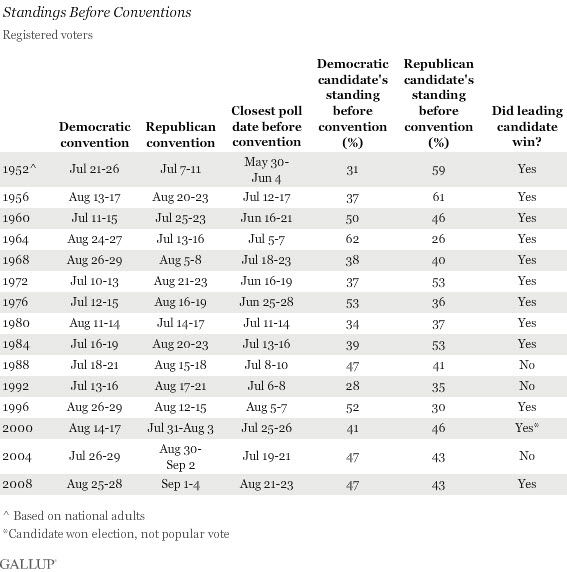 Joking about capitalism. The French newspaper Le Monde is running a series looking at humour in modern Europe and finds in Bucharest that making fun of capitalism has replaced laughing at Ceausescu style “multilateral developed socialism”.

An American passes by a Romanian who is sitting by a lake taking in the view.

“What are you doing?” asks the American.

“Nothing, just looking at the lake,” comes the reply.

“Well you could at least get yourself a rod and do some fishing,” says the American.

“Why would I do that?” asks the Romanian.

“You could eat some of the fish and sell the rest. You’d make a bit of cash.”

“But why would I do that?” insists the Romanian.

“With the money, you could buy a boat and catch even more fish.”

“You’re too much.” The American is exasperated. “With the money you could buy a boat, and then you could employ people to catch fish. You wouldn’t have to do anything. You could just sit there watching the lake.”

“But that is exactly what I’m doing.”

Shorten has a media allergy – when they get too close he starts drivelling uncontrollably.

Shorten’s household must have expensive taste to whittle through $330K annually. Perhaps his valet’s hours should be cut back to part-time.

I am a Labor Party Member. I am also unemployed, you can kiss my arse for $33o, ooo dollars. Arsehole.