The Oz falls out with the Press Council. The trouble with taking an absolute ideological position on principle is that in practice it’s likely to bite you on the bum. Our freedom-loving, self-regulation-is-all-we-need colleagues at The Australian discovered this on Friday when they found themselves on the wrong end of an Australian Press Council adjudication.

This is all a tad embarrassing for The Oz, as it has been running countless editorials and opinion pieces attacking any form of government-backed media regulation, arguing that self-regulation through the recently “beefed up” APC is the only appropriate approach. News Limited CEO Kim Williams has hammered this theme in public speeches and a vaguely threatening letter to the government. You can trust the press to defend our democracy, Williams claims, but the public must trust the press to regulate itself through “a body independent of us”. Maybe so, but when that body dares to find fault with something published by News Limited, don’t expect them to accept the umpire’s decision.

The case in point is last week’s APC ruling that found in favour of a complainant who’d claimed Phillip Adams had omitted a relevant fact when he described the notorious League of Rights activist Eric Butler as a “traitor” in a column for The Weekend Australian. It’s a rather peculiar and finicky finding — the council’s stated principles don’t always sit comfortably with strong opinion writing — but rather than just meet their obligation to publish the text of the adjudication, The Oz spat the dummy as only it can when its journalism is questioned. — David Salter (read the full story here)

Hedley tees off on incurious media. On Saturday, The Australian‘s national chief correspondent Hedley Thomas decided to take an almighty whack at the media’s “shameful silence” for not following up leaks from former Slater & Gordon partner Nick Styant-Browne revealing, among other things, a transcript of Julia Gillard’s interview with former boss Peter Gordon discussing the Bruce Wilson affair.

Thomas, clearly revelling in his self-appointed role sizing up his comrades’ bona fides, lined up a rogue’s gallery of hacks, like Michelle Grattan and Fran Kelly, who had apparently “betrayed their political colours and connections with enthusiasm to ignore or deflect Styant-Browne’s disclosures”. “The Prime Minister used journalists to shoot the messenger, and at a time of threatened media regulation, they obliged and pulled the trigger,” he said. Damning stuff.

But Thomas, based in Queensland, was himself silent on other matters. The Bernard Murphy-Ian Smith-Cheryl Harris affair had arguably had far more of an impact on the PM’s decision to leave Slater’s than Bruce Wilson’s shenanigans. One other contextual key to the story — the leaks against Gillard were fairly obviously retailed by those opposed to her ridiculous attempt to knife Barney Cooney for the No. 2 position on Labor’s 1996 Senate ticket — remain unexplored (although Sam Maiden had a go in yesterday’s News Limited tabloids). The chief objection of Grattan et al, that as yet there is no direct evidence Gillard benefited in any meaningful way from Wilson’s returnees’ slush fund, remains dangling.

Sadly, Thomas couldn’t even get his sledging right. He claimed I “wrote a story” last week recording the family connection between Styant-Browne and Tony Abbott staffer Helen Moreland. I asked Styant-Browne whether one of his in-laws worked in Abbott’s office and he denied knowledge of it. The connection was later confirmed by relatives and Styant-Browne’s on-the-record response was recorded in the unbylined Tips & Rumours section as an amusing curio.

No word yet from Thomas on some other developments in the past week — the Wivenhoe Dam engineers he fingered for employing the wrong release strategy that drenched Brisbane during last year’s floods were cleared by the Queensland Crime & Misconduct Commission. Instead, the CMC found that inconsistencies in the dam manual’s design, rather than the engineers, were to blame.

Thomas accepted a well-deserved gong for his Wivenhoe reports last week. All the usual plaudits apply to his approach (“tenacious”, “like a dog with a bone”, etc). But is anyone — least of all the Weekend Oz‘s readers — interested in reading tub-thumping takedowns of other journos in the context of a celebration of one’s own reporting skills?

Meanwhile, The Australian story that prompted last weeks’ apology to the PM has resurfaced online with some additional words attacked. Reporter Ean Higgins got one wrong in the original yarn, with “trust” used instead of “slush”. But as late as Friday, News sites around the country were still being told not to publish the story, as this leaked internal “urgent legal notice” makes clear. — Andrew Crook

Front page of the day.  The first man on the moon, Neil Armstrong, died on Saturday at the age of 82. More than 40 years ago Americans woke to the below iconic New York Times front page, “MEN WALK ON MOON”, and yesterday the front page of that paper again dedicated its space to the pioneering astronaut: 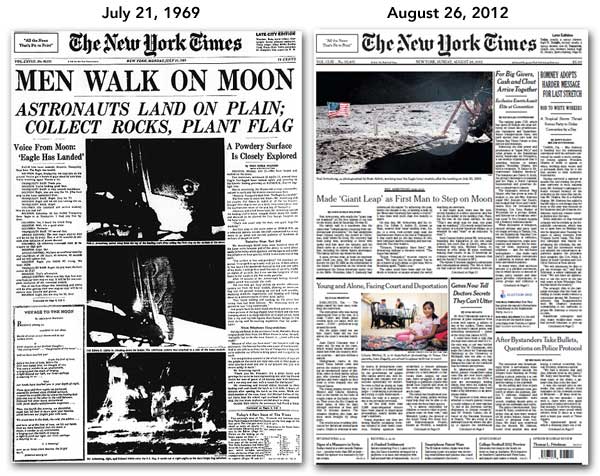 The Department of Corrections. One of the worst things a newspaper can do is run a photo of a murderer when it’s in fact the wrong person. Add a tennis umpire angle into it and it’s all a bit weird… From the New York Post on August 25: 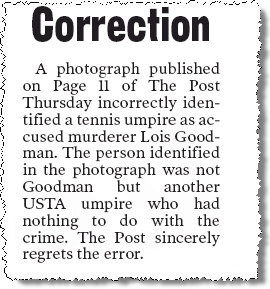 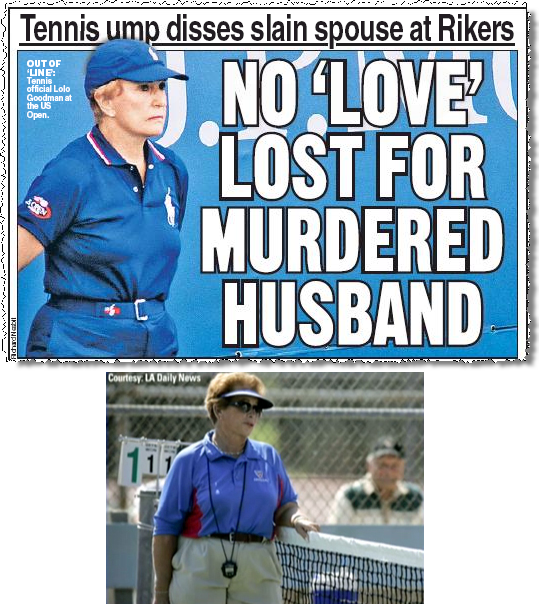 “Rupert Murdoch has defended the decision of the Sun to publish pictures of a n-ked Prince Harry in Las Vegas, saying it was necessary to make a point about the lack of ‘free press’ in Britain.” — The Guardian

“V8 Supercars will stage at least 16 hours of racing in primetime next year with two early-season and two late-season races to be run at either twilight or at night, as part of their next broadcast deal.” — TV Tonight

“This essay was posted by journalist Austin Tice on his Facebook page on Wednesday, July 25, 2012, at 7.44pm. We are reprinting it here with permission from his family.” — The Kansas City Star

How to cover the US conventions with social media

“Many social networking sites were in their infancy during the last Republican and Democratic national conventions. This year, social media will play a much more significant role in both the coverage of the conventions and the public’s viewing of it.” — Poynter

Gillard and the AWU slush fund: sorting the smoke from the fire

I now look forward to Hedley Thomas investigating, in his usual dogged style, the slush funding of the prosecution (persecution?) of Pauline Hanson, allegedly organised by the current opposition leader.

Murdock makes a point about the lack of ‘free press’ and publishes pictures because,’ he wants to and then, tells the press to give the prince a break because he’s a good guy?? Just goes to show we in Australia need a media inquiry and was need one urgently..