The internet has brought defamatory publication within the reach of all and sundry and the civil threat of monetary damages does not apply when the publisher has no assets to take away.

Bringing back criminal libel. I expect it will not be long before the rich and powerful begin calling for the reinstatement of libel to the list of common criminal offences. The internet has brought defamatory publication within the reach of all and sundry and the civil threat of monetary damages does not apply when the publisher has no assets to take away.

Those claiming to suffer from nasty things written about them must look for some other way to protect their reputations and the threat of offenders spending time in the slammer might achieve that quite nicely. Surely it is only a matter of time.

And another difference. The ineffectiveness of restraints on the old media in this internet age emerged in another way this week as well. Those pictures of a naked Prince Harry were seen by millions when posted on the net but the newspapers in His Royal Highness’ home country felt obliged not to show them to their readers out of respect for his privacy.

Until last night, that is, when the Murdoch tabloid The Sun broke ranks with its peers. Publication of the pictures was, said Sun managing editor David Dinsmore, an issue of freedom of the press rather than because it was moralising about Harry’s actions.

“This is about the ludicrous situation where a picture can be seen by hundreds of millions of people around the world on the internet, but can’t be seen in the nation’s favourite paper read by eight million people every day.

“This is about our readers getting involved in discussion with the man who’s third in line to the throne, it’s as simple as that.”

My concern is growing. The evidence is mounting. Earlier in the week Tony Abbott was confused about what he read when about BHP Billiton and its deferral of development at Roxby Downs. That caused me to worry in yesterday’s snippets about whether he was lazy. (See I want to believe the correction.) Now this morning comes a report that he was too busy yesterday to actually listen to or read the full Julia Gillard press conference on her legal past. Perhaps he is just the slowest reading Rhodes scholar in history.

Upstaging The Sapphires. They were rather blocked out of news coverage from Canberra yesterday by a PM chatting to the press which was a pity. The appearance of the stars of the newly released film The Sapphires in the Parliament House theatre was one of those rare, but nice, political feel-good events.

The $1.1 million work and training program will create 40 new jobs for Indigenous Australians in sectors including newspapers, new media, film and television.

“The new employment program will help train and guide a new generation of Indigenous media professionals, whether they are on screen or in the media,” Mr Crean told his audience. “Australia is home to the oldest living culture on earth, but it is producing some of the most exciting new art forms on the planet.”

You can see that for yourself in this presentation by Screen Australia: 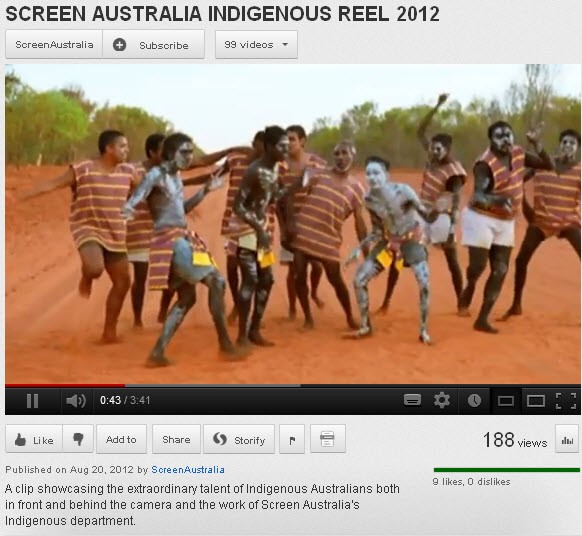 Richard, in fairness to Tony Abbott, he has stringent time constraints and can’t be expected to read ANYthing on which he’s commenting. Haven’t you seen this bloke hard at work on TV?

If you have worked in the mine planning profession for a while it isnt too hard to estimate the cost of and returns from converting an underground roxby downs mine to an open pit roxby downs mine. The required copper price to make a profitable go of it has rarely been exceeded, so it never was a goer. I am sure Kloppers mob thought the WMC boys were too dumb to do it, which is why they bought WMC. I seem to recollect that WMC regularly reported that they had investigated and rejected the possibility of making the change. I would have thought Tony Abbott would have someone who could have worked this out for him. With his attitude, he really is a danger to the future of this country. Also, so is any politician who doesnt understand mining as anything other than a milch-cow.

The expectation of a return of criminal libel seems most prescient. I think criminal libel required proof beyond reasonable doubt, which is rather more onerous than the civil burden of the balance of probabilities. However, that may be easily fixed by adopting the recent expedient of a ‘civil penalty’ which has the lesser standard of proof and perhaps even of reversing the burden of proof.