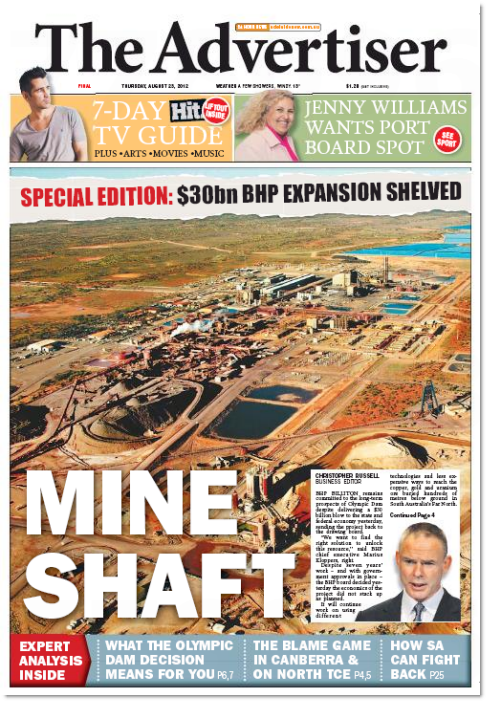 “Seven Network journalist Rahni Sadler has been put on a 12-month bond after pleading guilty to illegally communicating with a convicted killer in the Northern Territory.” — The Australian

“Long running Seven shows may be cancelled and costs for News and Current Affairs are in the spotlight, following the release of annual figures yesterday.” — TV Tonight

Home and Away creator dies

“We are saddened to learn of the death of Home and Away creator Alan Bateman, who passed away peacefully in the early hours of Saturday morning his family have announced. ” — Back to the Bay

“George Orwell tendered his resignation from the BBC ‘because for some time past I have been conscious that I was wasting my time and the public money on doing work that produces no results”, so perhaps it’s not surprising that the proposal to place a statue of the author on the broadcaster’s premises has been rejected.” — The Guardian