A team of US and French researchers reckons it has distilled the architectural essence of Paris – that je ne sais quoi. They say the “look and feel” of a city like Paris doesn’t come from a few famous landmarks like the Eiffel Tower. Rather, it derives largely from “a set of stylistic elements” that […]

A team of US and French researchers reckons it has distilled the architectural essence of Paris – that je ne sais quoi.

They say the “look and feel” of a city like Paris doesn’t come from a few famous landmarks like the Eiffel Tower. Rather, it derives largely from “a set of stylistic elements” that comprise “the visual minutiae of daily urban life”.

They examined ten cities, including London and Prague. This video (see exhibit) provides a brief and clear explanation of their method and this paper explains it in considerably more detail.

Essentially they “geo-mined” thousands of images of streetscapes looking for clusters of common elements that occur frequently and are “discriminative” i.e. special. The Eiffel Tower doesn’t count because while it’s highly discriminative (there’s only one), it’s not frequent.

They tested the resulting algorithm by running it over an unseen data set made up of images drawn 50% from Paris and 50% from other cities. On average it was accurate 83% of the time. When the same exercise was performed for Prague, the average accuracy was 92%.

What makes Paris “look like Paris”? The researchers say it’s those characteristic doors, balconies, windows with railings, street signs and lampposts. The algorithm also detected significant differences at the neighbourhood level. For example,

It also detected distinctive “architectural patterns” in certain European cities. For example, while arches are common in cities across Europe, double-arches seem rare in London.

While balcony railings in Paris, Barcelona and Milan are all made of cast iron, they tend to be made of stone in London and Prague….. (Also) the grid-like balcony arrangement of Paris and Barcelona is missing in Milan.

The algorithm doesn’t do so well on US cities. The researchers say this might be due to “the relative lack of stylistic coherence and uniqueness in American cities (with its melting pot of styles and influences)”. It was only able to identify “a few geo-informative elements” (some of which turned out to be different brands of cars).

It’s interesting to ponder how data mining would fare in capturing the architectural differences between Australia’s larger cities. Once more recent development was filtered out, it should make a good fist, say, of differentiating between housing in the older parts of Sydney (or Melbourne) compared to the older parts of Brisbane.

However I don’t know if there are such clear architectural differences between the terraces and bungalows of inner Sydney compared to those of inner Melbourne. Doubtless architectural historians can point to some, but the question would be whether they’re “frequent” enough to be picked up by this sort of technique.

Compared to the periods when much of the characteristic domestic architecture of European cities was built, Australia developed in an age when ideas and people could more readily be imported from abroad. Even the first white settlers in each city shared a common heritage, so there wasn’t a long history of relative isolation that in other places helped to shape a distinctive local character.

When it comes to the outer suburbs of Australian cities I expect even the hardiest of algorithms would burn itself out before it found anything much to distinguish one city from another. If you were dropped randomly into a sample of outer suburbs across Australia multiple times, it’s doubtful you’d do significantly better than chance in picking what city you’re in.

I can’t see much regional distinctiveness in CBD buildings either. Data mining probably wouldn’t be meaningful for heritage buildings because there’re so few left. And modernism and technological improvements like air conditioning and reflective glass have probably eliminated any regional distinctiveness in high-rise offices and hotels (notwithstanding that there’re some individual examples).

The issue of distinctiveness is particularly timely for Melbourne at the moment because one of the nine principles underpinning the Government’s promised Metropolitan Strategy is “Melbourne’s Distinctiveness”. Astonishingly, what’s meant by “distinctiveness” isn’t meaningfully defined, but it’s reasonable to think that it ought to include the distinctiveness of the built environment in the sense discussed here.

Perhaps a city could deliberately and consciously set out to create, over an extended period, a distinctive architectural “look” (one that’s sufficiently idiosyncratic that it would be reliably detected by a data mining algorithm). That’s an interesting possibility with many possible complications. It’ll be worth discussing further in Melbourne in the context of the Metro Strategy (when it finally gets rolling).

Architecture reviews: a peculiar act of collusion between architect and reviewer 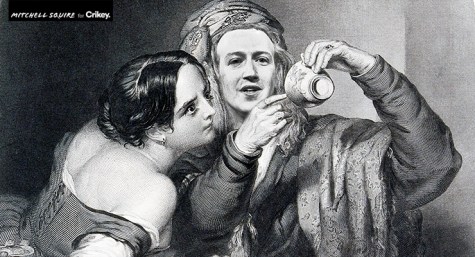 A data economy: the case for doing and knowing more about algorithms

Melbourne and Sydney make list of world’s most walkable cities