A sad morning for the political circus

So Clive Palmer is not coming to Canberra as a politician.

A sad morning for the political circus. So Clive Palmer is not coming to Canberra as a politician. What a pity that his concern for the plight of boat people has caused him to abandon his plans to seek Liberal National Party preselection in Queensland. He would have added a touch of seriousness to political debate in the national capital.

I want to believe the correction. I was quite gob-smacked last night when I heard Tony Abbott say he had not actually read the BHP Billiton statement on the decision about Roxby Downs while continuing to assert that the abandonment was all the fault of those terrible Labor Party new taxes. It just sounded like the height of laziness from the man set to become our leader. For all our futures sake, I hope this morning’s correction that he had read the document before commenting on it is the correct version. A Prime Minister shooting from the lip would be a truly dangerous thing.

No uranium led revival. Factor into the future course of this graph the impact that adding a new world’s biggest source of uranium and the growing apprehension of Germans and Japanese about nuclear power and BHP Billiton’s Roxby Downs decision does not seem so strange. 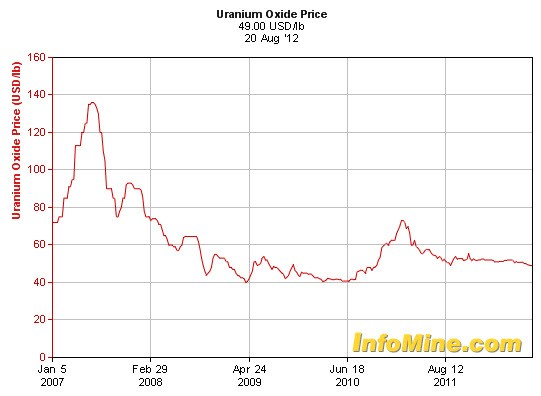 Forbes has got them on its list. Julia Gillard heads the list of Australians to make the annual Forbes magazine list of the world’s most powerful women. 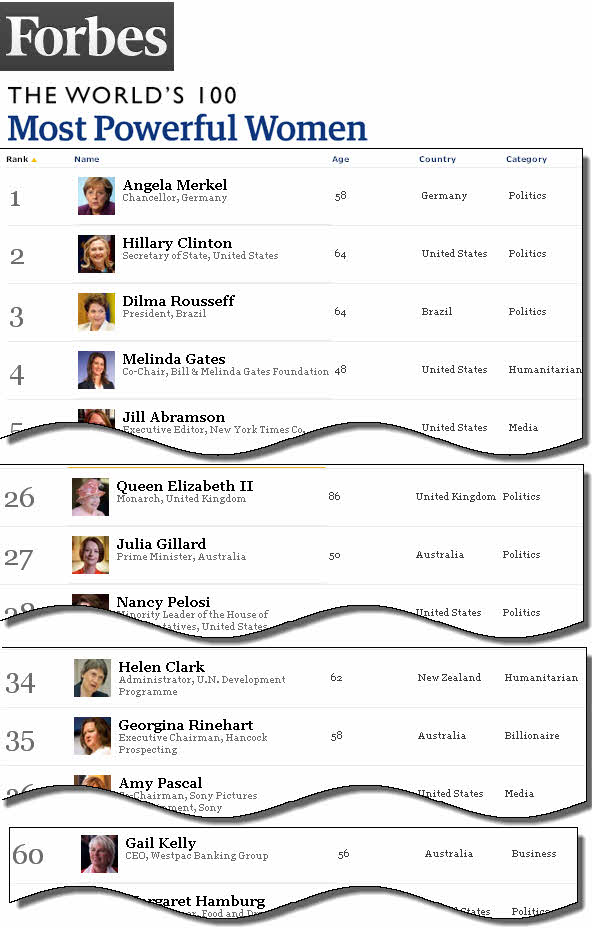 “Aside from questions Ms Gillard is yet to answer about her legal work for former boyfriend and AWU boss Bruce Wilson, the imbroglio has provided an insight into the bubble that is modern Labor’s political base.

The ALP and the nation would be better served if politicians were drawn from a wider gene pool.”

“I hope this morning’s correction that he had read the document before commenting on it is the correct version”. A Prime Minister shooting from the lip would be a truly dangerous thing.

So instead we get someone who wilfully misreads, or simply fails to comprehend the statement instead.

I’m really trying to figure out which is worse.

His diary would indicate what he was doing at the time he
claims to have read the report. If he was in meetings
for instance then hi is proven to have lied.

Well Mr Abbott if have read the report as you claim why did you
so misprepresent it/ Didn’t you understand it or were you being wilfully
and intentionally dishonest.

Can’t imagine anybody from News Ltd answering the question can you?

So which version of Mr Rabbott’s story do we believe: did he read it at 3.45pm yesterday or didn’t he?

In one of those versions he was more than tinkering with fact.

So Crikey and other media have finally noticed that Tony does no work. This has been obvious to any observer for many years now.
Even his three word slogans are taken word for word from the Republics or the Tea Party. I discovered when in the US earlier this year that Tony’s ONLY personal contribution is contribution to Australian policy debate is ‘stop the boats’. He had to stretch to this becuase in the US the asylum seekers come over the land border!

What about the Catholic gene pool that is the Liberal Party executive? George Pell’s policticans.