Staying at school longer. An honorary professor from Sydney university recently called extending the school leaving age “keeping kids incarcerated” but in Tasmania the government seems undeterred. Down south the Green party Education Minister Nick McKim at the weekend told the annual meeting State School Parents and Friends it is time for a serious look at extending the compulsory leaving age from 17 to 18.

Back in November Susan Groundwater-Smith, from Sydney Uni’s division of professional learning and the recipient of funding from the NSW Department of Education and Community to investigate the responses of young people to the changes to the school leaving age, wrote that prescribing a school leaving age of 17 is not only uncomfortable for some but downright constraining for others.”

In modern education policy, we focus solely on the economic returns from schooling without looking for the social and civic benefits. This is simply flawed. The principal author of this narrative is the Organisation for Economic Cooperation and Development (OECD) with its relentless attention to the neoliberal discourse.

Neoliberalism, with its emphasis on efficiency and international competitiveness, is thought to contribute to the economic health of the nation.

It leads, inexorably, to state control of the ways in which educational enterprises may function, presumably to the benefit of the state. What is good for the state is good for its citizens.

But for some young people there is no inclination to stay longer and the evidence is not at all clear that those extra years will result in greater employability or economic benefits.

A Northern Territory Indicator. Some polling published in the NT News this morning that produced this headline: 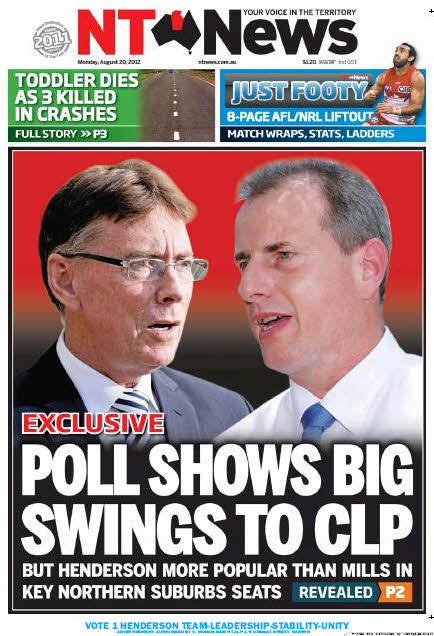 Our Crikey expert in these polling matters, the Poll Bludger, concludes that the general impression of the polling is that the CLP will emerge from Saturday’s election with a small majority. And the Crikey Election Indicator this morning points in the same direction.

Time for a diversionary side show? There’s nothing like a bit of nationalistic fervour with which an undemocratic regime can divert the attention of its people from economic troubles at home. Which makes me concerned when headlines like this follow news of a decline in economic growth to a level which threatens an ability to keep improving living standards: 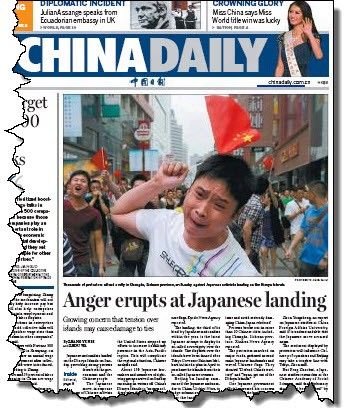 It’s not that I’m worried about an outbreak of some kind of armed conflict but that those stories about slowing growth might be understating the economic problem.