Jackson, Robertson and class of ’04 remembered in print

With the Australian Workers' Union's 1994-95 factional machinations all over the news, Crikey thought it pertinent to cast an eye over some of its in-house journal's archives.

With the Australian Workers’ Union’s 1994-95 factional machinations all over the news, Crikey thought it pertinent to cast an eye over some of its in-house journal’s archives. This amusing Autumn 2004 edition of The Australian Worker contains the column “Bright Young Things”, assessing the talents of some of the Right’s most talented prospects. 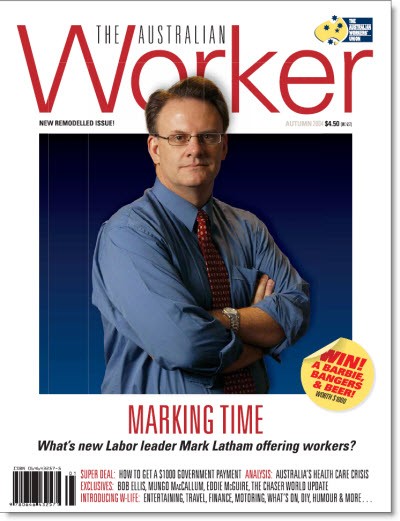 For Richard Marles, former ACTU assistant secretary and now federal member for Corio, there is no chance of him ever running for Corio. Marles “dismisses rumours of standing for the federal seat of Corio,” the Worker reports. “Canberra is very hard on families. I am very happy here [at the ACTU]. It’s all too far in the future to be relevant.” (He was elected in 2007.)

What about John Robertson, the NSW Labor Council secretary turned NSW opposition leader? Could he envisage a future in politics? Not really. “I’m staying here for another four or five years, “Robertson says (true to his word, Robertson was elected in 2011).

For rising HSU stars like Kathy Jackson, Parliament is also viewed with scepticism. Representative chambers should not “be a dumping ground for former union officials to get them out of the way”.

But Jackson, who had failed in her bid for an upper house seat of Silvan eight years earlier, and would jostle for preselection in Northcote two years later, leaves the door ajar: “If we’re able to represent our members and have been successful union officials, then if a choice at some point is Parliament, it’s a choice that has to be looked at.”

The other AWU profilee who hasn’t yet entered parliament is former Queensland ALP state secretary Cameron Milner. Milner was keen to keep agitating for the rights of working people: “That doesn’t change, whether you’ve got a Labor government or not.”