With the Senate passing legislation authorising offshore processing, there are small but significant details not outlined in the legislation, writes Caz Coleman, a member of the Ministerial Council on Asylum Seekers and Detention.

With the Senate passing legislation authorising offshore processing, there are small but significant details not outlined in the legislation or the expert panel report lead by Angus Houston that could make a stark difference to the treatment of asylum seekers redirected to either Nauru or PNG, or in time, other locations in the region.

Contrary to what may be inferred from the current political debate, offshore processing is only one part of a much more integrated plan outlined by the Houston team on how to improve protection for asylum seekers in the region for the long term. Not surprisingly, the offshore processing element of the Houston team report is receiving the most significant attention, but there is an assumption about how it will be operated that needs to be challenged.

Angus Houston, Paris Aristotle and Michael L’Estrange, the authors of the expert report recently handed down in Canberra have not stipulated the finer details involved in what are broad recommendations when it comes to offshore processing. It is right and proper that the panel did not cover the finer details, instead leaving this work to Australian public service officials.

However, it is these finer details that will make a difference to whether the repeat of the Nauru and PNG processing sites will again significantly damage those who are transferred from Australia. If the general principles of the Houston team report are to be acted upon in the spirit in which they were intended, then the finer details of care models in any offshore location could reflect a new model of processing that may well act as a model across the region.

What the Houston lead team did articulate about the basic living conditions for asylum seekers in Nauru and PNG are principles of care that are robust, human rights based and are far more compassionate than the model that operated in previous years. What we must wait for is whether these principles are put into practice operationally by the current government.

The principles of the Houston team report in relation to offshore processing conditions articulate that there be no arbitrary detention, appropriate accommodation, physical and mental health services, access to education and vocational training, legal assistance with applications, an appropriate appeal mechanism, case management and monitoring by an independent monitoring.

While there remain outstanding legal issues for refugee advocates in relation to timeframes of stay and a range of other Refugee Convention-based concerns, with the legislation passed and a very swift move to arrange care arrangements in Nauru it is a critical time to ensure that the model of care outlined in the Houston team report be implemented.

Rightly so, there has been much commentary on the damaging mental health effects of the previous experience of offshore processing as well as the potentially coercive elements of the model that saw desperate people so called “voluntarily returning” through sheer exasperation only to flee again once arriving back in their homeland.

Whether there is agreement in regard to the principles of offshore processing or not, there is no doubt that having been enacted by Parliament, those who will work within this model in the future should be concerned about the model that will ensue. With a short timeframe of implementation as suggested by government, early advice in relation to the basic conditions of reception for asylum seekers in any offshore location is crucial and must have an eye to the conditions outlined in the Houston team report if we are not to repeat the damaging conditions of offshore processing in the past.

There is no doubt that historically, Australia’s primary model of long-term mandatory detention for unauthorised sea arrivals was a poor position to be arguing for low cost and economically advantageous models of asylum processing throughout the region. With host countries such as Malaysia and Indonesia struggling with asylum arrivals amidst their own issues with citizens struggling in conditions of poverty, Australia’s model of a high cost detention-based processing model for asylum arrivals did not position us well to be advising our neighbours.

As the UNHCR has observed, far more asylum seekers and refugees across the globe are now living in urban conditions in host countries and it is a community-based model of reception for asylum seekers that is more relevant to countries that are experiencing the burden of hosting many of the world’s refugees.

However, in the past two years Australia has shifted its position of long-term mandatory detention to a far more effective model of community-based processing of people applying for protection. As   people spend much less time in detention and more time in the community while their claims are being processed, there has been overwhelming evidence that demonstrates asylum seekers are healthier, detention centres are calmer and overall outcomes for future settlement are enhanced.

As demonstrated by the response from many in relation to the Houston team report there is disquiet in relation to the reinvigoration of offshore processing. But the reality is that it is happening. An early eye to the best conditions of implementation will be the test of whether it can be done in a way that will develop the long-term aim of comprehensive regional cooperation for processing asylum seekers for the benefit of asylum seekers as well as host countries.

*Caz Coleman is an asylum policy expert and member of the ministerial council on asylum seekers and detention. Opinions expressed are her own. 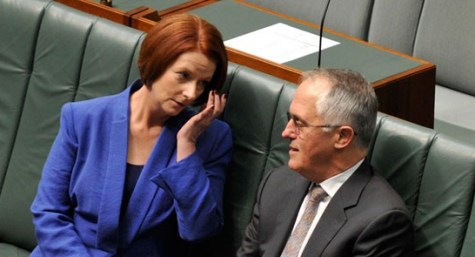 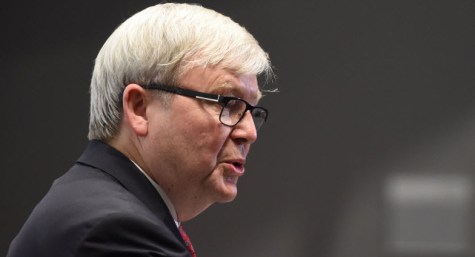