A long anti-smoking war ahead

One battle was won this week in the war against smoking but in the world-wide scheme of things it was a little one.

A long anti-smoking war ahead. One battle was won this week in the war against smoking but in the world-wide scheme of things it was a little one.

An article published in The Lancet estimates that although 1·1 billion people have been covered since 2008 by the adoption of the WHO’s most effective tobacco-control policies (on smoke-free air, cessation, warning labels, mass media, marketing bans, and taxation), 83% of the world’s population are not covered by two or more of these policies. 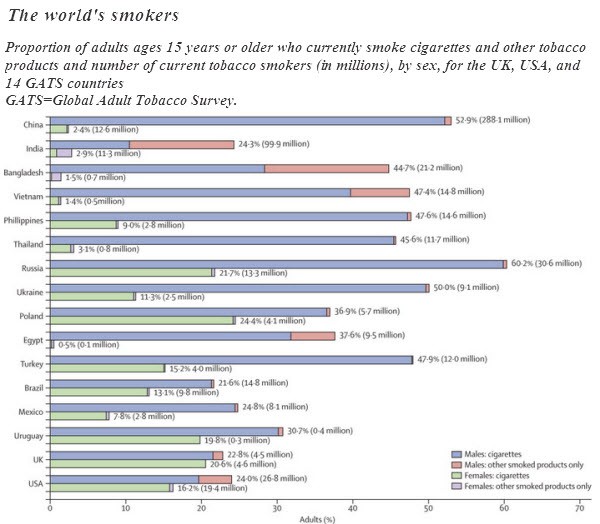 According to WHO, nearly 6 million people die from tobacco-related causes every year. If present patterns of use persist, tobacco use could cause as many as 1 billion premature deaths globally during the 21st century.

No bump in this vice president. The selection of a vice presidential candidate normally gives the challenger for the US presidency a bump up in the opinion polls. But not so this time. Republican Mitt Romney’s choice of Wisconsin Paul Ryan as his running mate has hardly moved the daily Gallup poll at all. 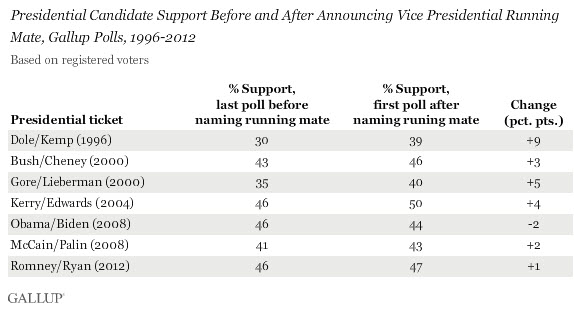 A lesson for Tony Abbott to learn. From the way Tony Abbott acts and speaks you get the impression he thinks the only reason people believe that Julia Gillard is loose with the truth is because he keeps saying so. Some how I just don’t think that’s true. The broken promise on a carbon tax does not need repetition by the Opposition Leader; it registered strongly enough to severely damage her chances of re-election without any help from anyone else.

If anything to have Tony Abbott ranting on about surely provokes the same reaction in many voters as the independent MHR Tony Windsor displayed when he rose to tell him he had had enough of the would-be prime minister’s cant and delivered the reminder that Tony Abbott was every bit as prepared to abandon principle as his opponent was. 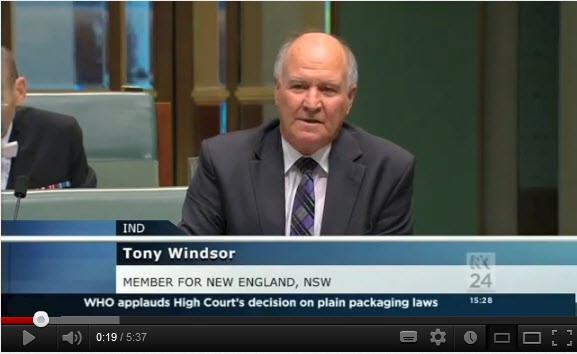 It’s another speech worth listening to.

NZ bans tomorrow’s smokers from ever buying ciggies. But what about vapes?

Bravo, Tony Windsor. Some important home truths being spoken in the House of Reps, what an innovative idea.

Plain talking seems to be a dying art – great to see it’s alive and healthy in New England.

We hear so much about Gillard’s lie and so little about Abbott’s habits.
This is the bloke who would be PM while juggling contradictory policies we won’t know which he’ll implement till after we elect him and his mob.
“The Lucky Dip Kid” – if you’re lucky you’ll get your hand back.

Beware of aspirational promises from that mendacious Tony Abbott. May the people who vote for him next election have fun time as he and his mates bring back the John Howard excesses of of workchoices. They do not like working class Australians; its only the wealthy that figure in their policies.

Read the murdochracy and most other crappy tabloids as well as the electronic media; plain speaking is not and will never be appreciated or tolerated. Tony Windsor tells it as it was. Tony Abbott denies it; we all know Tony Abbott only speaks the truth; that’s why Wyalla is now a ghost town and exists no more.