A tropical musical feast in Townsville

On the Great Barrier Reef’s most beautiful island, a feast of world-class music. It sounds like a fantasy, but the Australian Festival of Chamber Music has never been conventional, writes Alison Cotes. 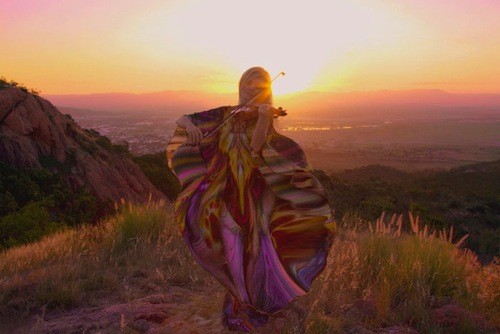 A boat trip across from Townsville to the Great Barrier Reef’s most beautiful island, appropriately named after Orpheus, the legendary Greek musician who could charm all things with his voice and his lute.  A clear blue sky, balmy breezes, and even a whale serendipitously breaching by the side of the boat. Then, after a scramble ashore, a concert featuring the music of Bach, Michael Head and famed didjeridu player William Barton, before a slow trip back at sunset.

It sounds like a fantasy, but the Australian Festival of Chamber Music has never been conventional, even though it attracts musicians from all over the world, with well-loved works from the classical repertoire as well as ground-breaking new works. Like Nigel Westlake’s Entomology, where recorded environmental sounds, including grasshoppers, frogs, several tons of maggots (would I lie to you?) and gumboots in the mud, provide a rhythmic and textural background for a talented musical ensemble. Cirque du Soleil and Ovo, eat your heart out!

Twenty-two years ago an enlightened academic (Ray Golding) and musician (Theodor Kuchar) initiated their dream of making the best chamber music with some of the world’s best musicians available to people in Queensland’s tropical north,  and the festival has not missed a beat since then, with audiences growing annually and musicians keen to participate in this unique cultural event.

For unique it is, and it makes the best of the tropical north’s most appealing features — warm sunny winter days, some of the best regional food in Australia, a casual life style and a city that is both sophisticated and relaxed.

World-renowned Australian pianist Piers Lane is again the festival’s director, bringing his own touch of classic style and musical cheekiness to a program that includes about 30 chamber musicians appearing in 25 concerts across the city, with artists as diverse as the world’s most accomplished didjeridu player William Barton, the Dutch Storioni Trio, Australia’s sweetheart Katie Noonan with her unique cross-over voice, and a dance piece choreographed by Raewyn Hill from Dance North, where a moving interpretation  of the death of a bird, the (unnamed) dancer flowing in white silk and red feathers, was set to the music of Schubert.

But there was serious stuff, too, for the purists. Bach’s Goldberg Variations were performed immaculately by Caroline Almonte during a candlelight concert in Townsville’s Civic Theatre, and of course there was music by Mozart, Delius, Massenet, Brahms and Beethoven among the other giants.

William Barton and friends gave a special concert in the Cultural Centre next to Reef HQ, with the great musician accompanied by Piers Lane and the Goldner Quarter performing works specifically written for him by many world-famous composers. This concert is always a winner, the haunting sounds of the didjeridu weaving its magic in Townsville’s own indigenous arts centre, and there were shivers down more spines than just mine.

There was a great deal of fun, too, as befitted a very mixed audience, with some naughty send-ups of the classics, along with performances for families, fascinating conversations between Piers Lane and many of the artists and, in one concert, even a reef talk interposing appropriately nature-based pieces by Hasselmans, Debussy and Westlake.

And let’s not forget the food. As usual, the festival began with the now famous Chefs in the North dinner — think Maggie Beer, David Pugh, Riccardo Momesso from Sarti in Melbourne, Geoff Lindsay from Dandelion in Melbourne, and a host of Queensland’s best, all set on the lawns of Jupiters Casino and accompanied by beautiful music from Piers Lane and other festival artists.

And it’s all on again next year, still led by Piers Lane with his frivolous socks and serious hands. So check out what’s happening and get your annual musical holiday organised well in advance.

How Peter Garrett killed the music

Niche and mass cultures collide for a symphony of video games