Ranking countries according to their respect for the rule of law

An interesting sidelight to the efforts of Julia Assange to avoid extradition to Sweden ...

Being treated fairly under the law. An interesting sidelight to the efforts of Julia Assange to avoid extradition to Sweden for fear of being treated unfairly and sent on to the United States: the only reputable ranking of major world countries according to their respect for the rule of law that I have come across puts Sweden at the head of the list. Ecuador does not make the top 30. 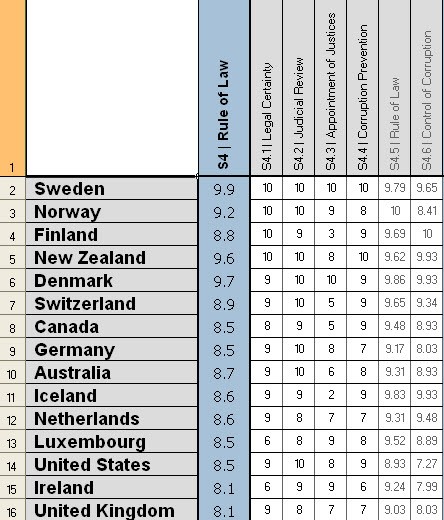 Quitting the US? Presumably the 60 per cent of the 150 chief executives that form the basis for The Oz’s extraordinary page one lead this morning have already quit the United States: 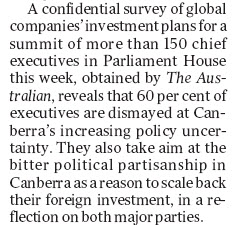 Any policy uncertainty and political partisanship in Canberra pales into insignificance compared with the efforts in Washington.

Thinking of Julia. I’m not sure what it was about the performance of Julia Gillard yesterday that turned my thoughts to synchronised swimming but it did. Perhaps it was because her Prime Ministerial contortions should have required the peg on the nose to prevent drowning as she uttered her distasteful words.

Whatever. But it did remind me of the lack of attention paid by our media to this great Olympic event so I present this morning by way of a tribute a couple of photo galleries you may have missed.

From The Guardian featuring out very own Aussie women: 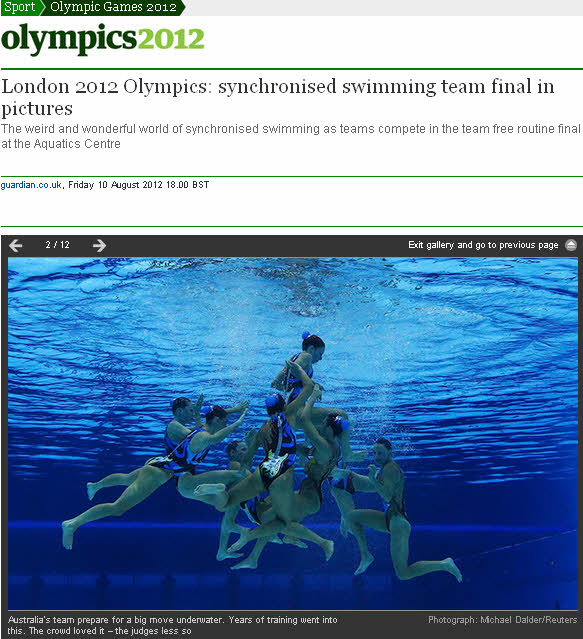 And for some wonderful facial expressions, like this one that could illustrate the Gillard and Tony Abbott day in parliament, a selection chosen by BuzzFeed Sports: 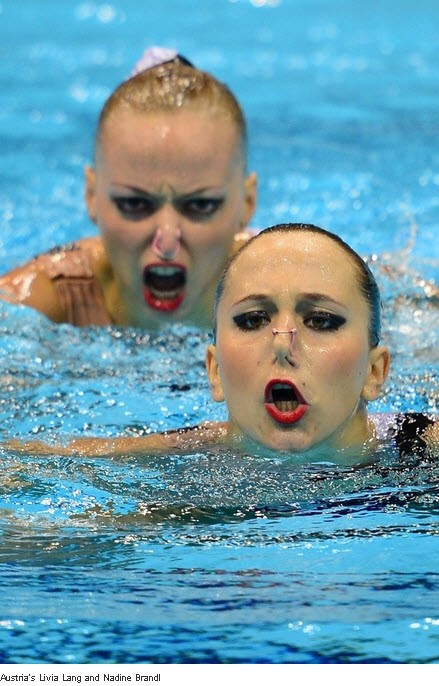 An Olympic farewell. Maybe we didn’t do so badly at those Olympics afterall. From the BBC comes a report levelling the statistical playing field by working out how many medals nations could expect to win based on population and GDP alone.

“If you use those predictions as a kind of benchmark, then you can ask the question, who’s done well and not so well relative to that prediction — who won more medals than they should have, and who won fewer,” says Meghan Busse from the Kellogg School of Management at Northwestern University in the US, who helped with the sums.

And Australia comes out on the list of over achievers: 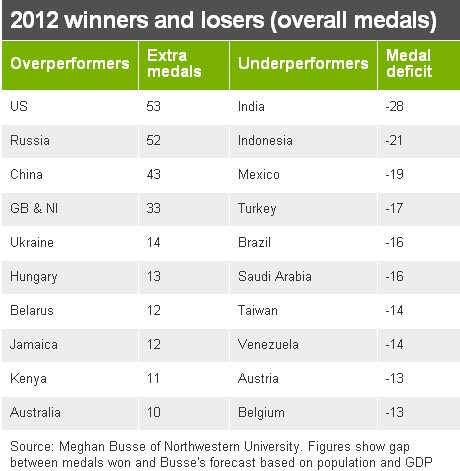 Not much good for Scrabble. The hyphen disqualifies it but f-bomb has arrived in the Webster’s dictionary.

The other 14 new entries in this year’s update of the dictionary:

Thanx for refuting the Australian’s latest flimsy attack on Labor.

Why is it that the ghastly Murdoch cannot understand that government governs for 22 million Australian and not a few thousand whingeing business executives. Tell ’em to buzz off quick smart.

Contrary to popular belief, they are easily replaceable.