‘War minus the shooting’: what the Olympic medal tally really tells us

The Games are over -- so what does the final medal count tell us about global reputation, power and prestige? Daryl Adair, associate professor of sport management at UTS Business School, crunches the numbers.

With the London 2012 Olympic Games now over, what does the all-important gold medal tally tell us about global reputation, power and prestige?

Every four years, the summer Olympic Games end in revelry, anxiety or despondency for countries around the globe as they suffer from gold fever. While it is regrettable that Olympic team performances seem to be under such microscopic scrutiny, with national pride too often overshadowed by patriotic excesses, the colour of medals and their accumulation (or otherwise) can shine some light on the “globalympic” quest for international prestige through sport.

Here is a table that focuses on the first five “places” in the raw medal tally for the past 20 years and below is a graph displaying that data: So what’s behind the success of the winning countries? There are complex models for analysing Olympic medal performance; some rudimentary points can be made here. First, the top five medal-winning teams over the past six Olympics have either been advanced industrialised nations or, as in the case of China, a rapidly growing economy (now the second largest in the world). The odd exception was Cuba in 1992 (ranked five), but this outlier has not been repeated. Expenditure on high-performance Olympic sport is undoubtedly a factor; the improved position of Great Britain in Beijing and London can be attributed, partly, to increased funding stemming from the UK’s National Lottery.

Population is an overrated medal factor: Olympic powerhouses China (1) and the US (3) are two of the world’s largest countries in numbers of people, but India (2), Indonesia (4), Pakistan (6), Nigeria (7) and Bangladesh (8) are scarcely noticeable on the Olympic medal tally. Culture is, I suspect, an underrated medal factor. Some countries focus on a narrow spectrum of sports, with India (cricket) and Brazil (soccer) examples of nations wherein the full range of Olympic events has little traction. However, resources are just as pivotal as cultural preferences. In the US, where the national obsessions are the NFL, NBA, MLB and college football, universities have world-leading resources in track and field, swimming and so on. What is more, Title IX, American legislation from 1972 that provides funding for female athletes in higher education, has had an empowering affect on women training to reach the American Olympic team.

That said, over the past decade China has been perhaps the heaviest investor in preparing Olympic athletes. Although the government does not publicise such figures, unofficial reports suggest, for example, that “the cost of grooming China’s new Olympic swimming star, Sun Yang, amounted to 10 million yuan ($1.57 million) over the past two years“, while high-profile Australian swim coach, Denis Cotterell, has hinted at receiving hefty sums of money to train Chinese swimmers.

Indeed, one of the key trends from the past 20 years is the rising power of China, and to a lesser degree the neighbouring economic powerhouses of Japan and Korea at the Olympics. Whereas the US has maintained a dominant position, and was once challenged for this by Russia, the new key player is China, which now fields athletes in a wider variety of sports than in the 20th century. At London, the team performances of Russia (fourth) and Germany (sixth) have fallen, supplanted by Great Britain (third) and Korea (fifth) respectively. Hence this is not a simple case of European decline and Asian advancement.

Of course, all this focus on nations in the top echelons of the medal count diverts attention away from exciting performances by athletes from developing countries. For example, the extraordinary accomplishments of Jamaican sprinters — who captured 12 medals on the track — would be lost by a simplistic obsession with overall medal numbers according to nation. At the end of the day, what makes the Olympics memorable is the feats of outstanding people, such as Usain Bolt, irrespective of their country of origin. After all, if we are to read the Olympic charter literally, the Games are meant to be “competitions between athletes in individual or team events and not between countries”. But in a globalympic world of sport, where the luminosity of medals is claimed by countries as a symbolic measure of their international status, prowess and prestige, the feats of individuals are unlikely to be disentangled from gilded patriotism.Of course, the world’s obsession with winning at sport is not new. Such was the emphasis upon victory at the ancient Olympics that only the winner of an event was recognised. The notion of place getters, and indeed the awarding of medals, is an invention of the modern Olympics, though the combination of gold, silver and bronze medals was not introduced until 1912. Intriguingly, the Olympic charter states that the Games are “competitions between athletes in individual or team events and not between countries”; it also says that “The IOC and the OCOG shall not draw up any global ranking per country”. In practice, though, neither of these mantras holds true: National Olympic Committees (NOCs) organise teams to represent their country, while governments and media focus intensely on the medal haul of their nation’s athletes.

“Globalympism” is surprisingly recent. Many countries were not part of the Olympic Games in the early years, and some did not become seriously involved until much later. For example, the Soviet Union did not enter the Olympics until 1952, after which the Games became an instrument of Cold War propaganda. The Soviet versus US competitions were, as George Orwell once opined, “war minus the shooting”. The two Chinas feuded with the IOC about their involvement, with both the People’s Republic of China and Chinese Taipei (Taiwan) not actively participating until 1984. Today, every developed country is a regular competitor at the Olympics, and the symbolic pecking order associated with national medal performances is front and centre in media-generated raw medal tallies. Although the “value” of particular medals can be interpreted in different ways, the usual convention is to arrange team hierarchy in respect of gold medals, irrespective of the volume of silver and bronze. Ironically enough, the Olympic website features medal tables that mirror this approach. What has emerged from this “gold fever” is mediated rhetoric that world-class performances — notably silver and bronze — are tantamount to national disappointment. 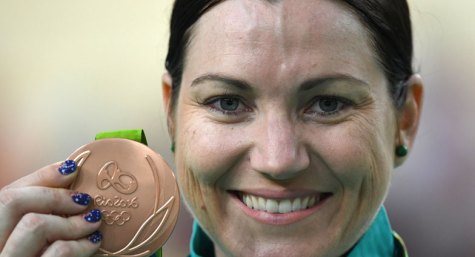 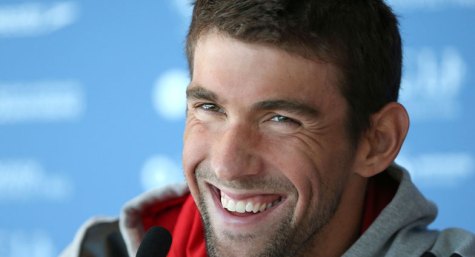 Is Michael Phelps really the greatest ever Olympian?

On a side note, I noticed that the US , when they were behind in the gold tally to China, ranked countries on total medals won, which surprisingly, showed the US on top.

I understand your point and agree with it too, but it might be nice to also just get out there and celebrate/promote the lesser recognised Olympic achievements: E.g. Gabon’s first ever medal (in Taekwondo). The Bahamas awesome defeat of the Americans in the 4x4oom men’s relay. Kirani James 400m win for Grenada (with a population of 110,000!). Iceland’s men’s handball team going through the preliminary round undefeated. Montenegro winning their first ever medal with a silver in women’s handball. East Timor’s two marathoners completing the course for the first time. Botswana’s first ever medal. Oksana Chusovitina competing in her sixth Olympics in gymnastics as a 37 year old mother.

Also – factual nitpicking – I thought it was the St Louis games in 1904 where they first did the gold/silver/bronze thing.

‘…the luminosity of medals is claimed by countries as a symbolic measure of their international status, prowess and prestige…’

The medal count also indicates the access to better diet and nutrition by the wealthy nations. In my opinion a nation’s status should be dependant on how smart its citizens are and their contribution to solving global problems (eg: pollution, disease, equitable food distribution, societal dysfunction etc).

Maybe everyone should transfer all their defence spending to olympics funding. Or deploy members of the armed forces into various sports. Actually I’m not enchanted by the bloated expenditure in either sector.

I reckon all the athletes should be forced to live on the sponsors’ products (Macca’s ‘n’ coke) for the durartion of the games. Chow down on a super-sized cow arse sandwich and a bucket of sweet fizzy water, then we’ll see how they run.