Front Page of the Day. Republican presidential nominee Mitt Romney announced over the weekend that his running mate for November’s election is Paul Ryan — a Republican from Wisconsin. The Journal Sentinel, the newspaper of Wisconsin’s capital Milwaukee, covered the announcement yesterday: 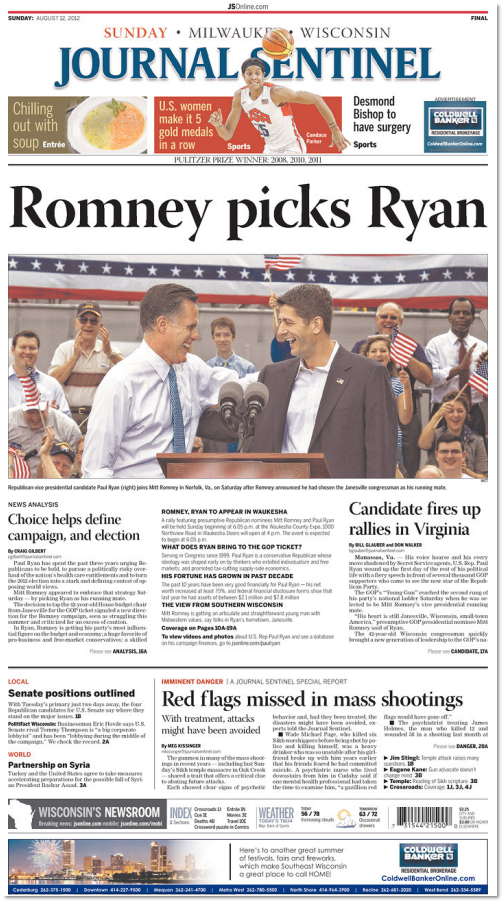 The Department of Corrections. It appears the Dallas Morning News got a little confused about its large sinking ships, correcting the record for this Titanic gaffe: 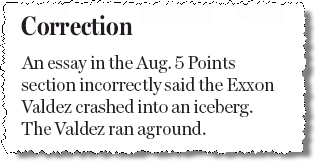 “Two Syrian journalists have been killed in the capital, Damascus. SANA News Agency says its reporter was killed at his home and a second journalist was killed in a bomb explosion.” — Digital Journal

“Time magazine has suspended Fareed Zakaria’s column for a month after learning that portions of his Aug. 20 Time magazine article about gun control bore strong similarities to Jill Lepore’s New Yorker about the NRA.” — Poynter

“Usain Bolt’s successful defense of his 200m title, his second gold following his 100m victory at the London Olympics, led to so much discussion on Twitter that it set a new record during the Games, with a heady 80,000 tweets per minute flurry during his win.” — All Twitter

How can we get sentimental about a sentinel?