The difficulties running coalitions. It’s a tough business keeping a formal or informal coalition government together in a Westminster system designed for two parties. Tensions develop, especially within the larger party, whenever public opinion slumps. Prime ministers have the unenviable task of appeasing their own discontents while preserving sufficiently good relations with the partners they […]

The difficulties running coalitions. It’s a tough business keeping a formal or informal coalition government together in a Westminster system designed for two parties. Tensions develop, especially within the larger party, whenever public opinion slumps. Prime ministers have the unenviable task of appeasing their own discontents while preserving sufficiently good relations with the partners they need to maintain majority support.

By most measures Julia Gillard has handled this task well. Greens and a motley group of independents are not easy to keep appeasing when there are those within the Labor caucus who do not seem to appreciate that appeasement of necessity means compromising on party principles. That the informal coalition has lasted this long and been able to legislate on so many fronts is a credit to Gillard’s leadership skills.

Not that the public gives her any reward for that. Both the opinion polls and the markets are pointing to that other, more formalised, coalition of Liberals and Nationals coasting to victory at the next election even though it too is developing a few tensions.

Those tensions were on display this morning in the media coverage of the suggestion that rock singer Angry Anderson might stand for the National Party in the NSW seat of Gilmore. It is currently held by Liberal MP Joanna Gash, who has announced she will not stand again. These contests between allies have long been a distraction for the conservative side of Australian politics and perhaps will be more so this time with the apparent dislike voters are displaying towards coalitions.

And Gilmore is not the only seat where tensions between Liberal and National parties are apparent. In the seat of Hume, campaigning for the next election is well under way, with the Liberal Party already showing television advertisements for its candidate to replace the retiring Alby Schultz. As there is virtually no way Labor could win this seat the opponent being targeted with this campaign is clearly the National Party.

That is hardly the action of a happy team member but far less serious a division than those appearing lately within the British governing coalition. Over there, Conservatives and Liberal Democrats are at odds over the economic policies of austerity and the very system of government. In the latest tit for tat, the Lib Dems are refusing to support a reduction in the membership of the House of Commons and a consequent change in boundaries that the Conservatives want in retaliation for those Tories refusing to allow elected members in the House of Lords. 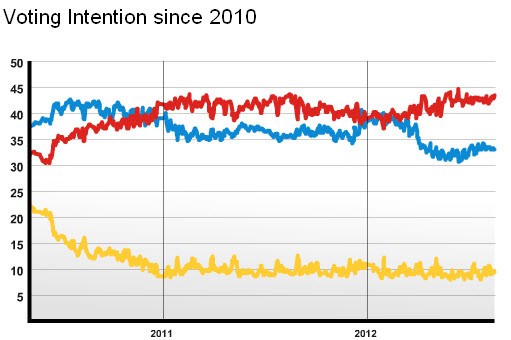 Within the Lib Dems there is a growing realisation that entering into the alliance with the Conservatives might well turn out to be the very kiss of death for their party. As Labour (the red line above) surges ahead in the polls, well clear of the Conservatives (blue),  they (yellow) have fallen below the 10% support mark.

Not a cardboard cut out. With Conservative fortunes sagging it is little wonder that leadership speculation gets a run in Britain. Their political journalists are no different to ours in being attracted to such things but they do have one advantage in the choice of the most likely replacement should Prime Minister David Cameron being given the flick.

The Conservative Lord Mayor of London Boris Johnson is at least a colourful alternative. Who could fail to be attracted to a politician who told ITV Daybreak he will not run for Prime Minister because no one would vote for “a prat who gets stuck on a zip wire”. 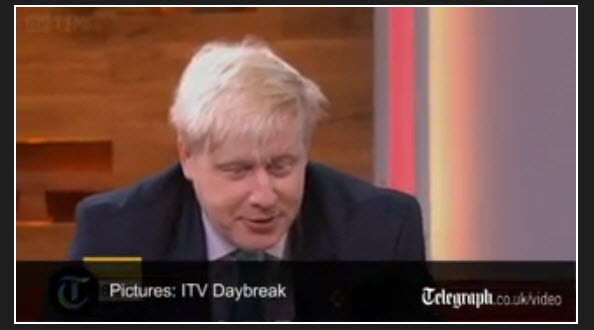 No boom, no bust. Unemployment down but so is the participation rate so call it a draw. The Australian Bureau of Statistics employment figures this morning show an economy growing just fast enough to cope with the growing workforce. And that’s got to be good news for a government that in its May budget was expecting the unemployment rate to be edging up by now. 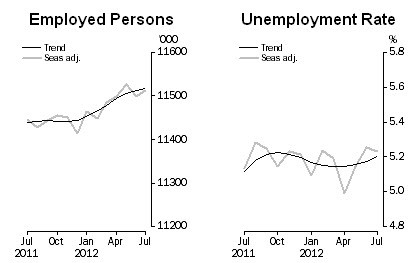 Climate change: a little more evidence. With almost five months remaining in the year, there have already been more record daily high temperatures set or tied so far this year in the United States than were set or tied during all of 2011. And 2011, reports the Climate Central website, had the second-warmest summer on record for the lower 48 states. 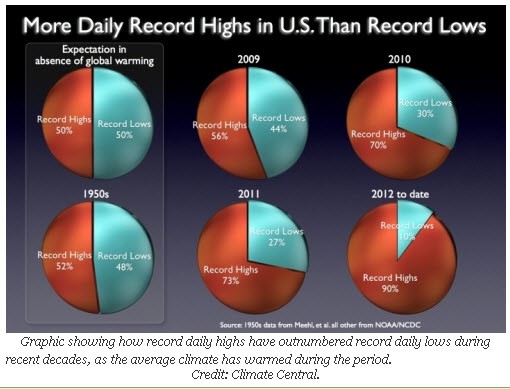 [(Boris Johnson) told ITV Daybreak he will not run for Prime Minister because no one would vote for “a prat who gets stuck on a zip wire”.]
Surely just take the first two words of his response, no?