Tiser incorrectly names murdered man. When you publish that a man was murdered in what was “believed to be in a drug dispute” and that man is the son of a prominent businessman, you’d better get the name correct. Yet the Adelaide Advertiser failed to do just that in its Saturday edition. Here’s the opening paragraph in Steve Rice’s page 5 story: 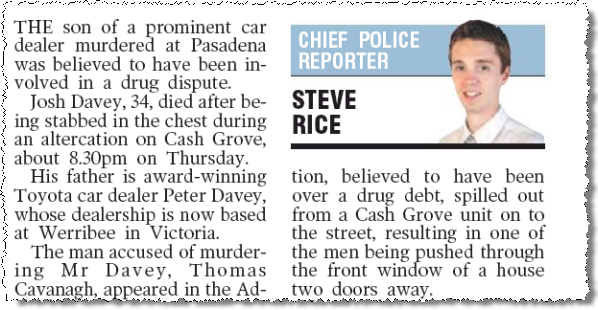 This morning the Advertiser ran this correction: 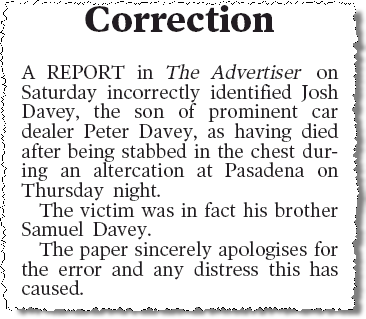 Front page of the day. The men’s 100-metre sprint — the marquee event of the Olympics and won again this morning by Jamaican sensation Usain Bolt with an Olympic record of 9.63 seconds — produces some remarkable front pages. Today’s UK Times is no exception: 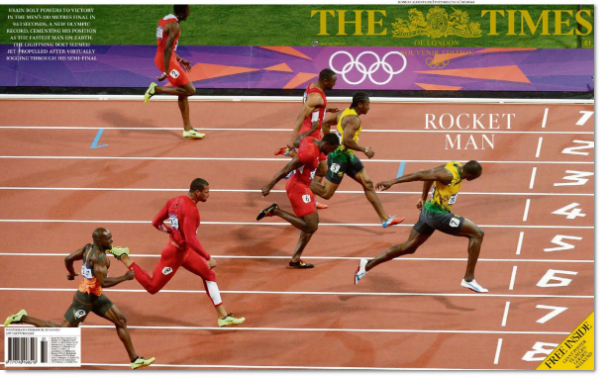 The Department of Corrections. And speaking of Bolt, the below August 4 correction from the International Herald Tribune is Crikey‘s favourite newspaper correction of Olympics reporting thus far and, by referencing Bolt, Ludacris and Dre, it’s probably the coolest too:

“Former Gizmodo reporter Mat Honan is blaming an AppleCare technician for allowing his personal email and Twitter accounts to be hacked, as well as the tech blog’s official feed.” — CNET

“A government making a raft of public spending cuts might not be expected to win many friends. But critics of Mariano Rajoy’s right-wing Partido Popular (PP) claim that a series of departures from Spain’s leading state broadcasting organisations are a sign that it will not tolerate any criticism.” — The Guardian

“Reuters News temporarily suspended its opinion blog on Friday after an anonymous hacker broke in and wrote false information about Syria.” — The New York Times

re murder mistake – the new journalistic paradigm? Not surprising
If the ‘chief police reporter’ was any younger he’d be an embryo