Housing prices on the way back up?

The Australian Bureau of Statistics today reported an increase in the price of established houses in the June quarter for the first such quarterly rise since December 2010.

Housing prices on the way back up? The Australian Bureau of Statistics today reported an increase in the price of established houses in the June quarter for the first such quarterly rise since December 2010. And figures from the research firm RP Data suggest that the increases continued during July. 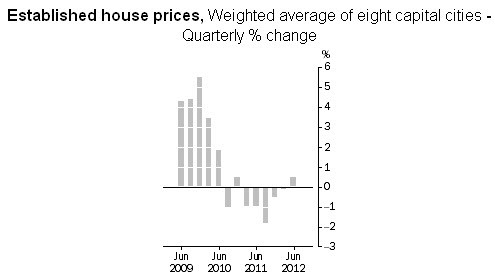 And from RP Data:

Further notes on Asian growth. Following up on yesterday’s snippet “Worrying about Asia“. The Reserve Bank of India (RBI) yesterday lowered India’s growth forecast for this financial year to 6.5% from 7.5%. India’s economy grew at an annual rate of 5.3% between January and March, its slowest pace in nine years. 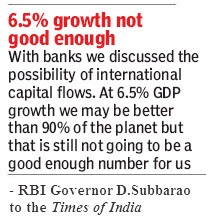 Japan’s manufacturing PMI index fell in July to the lowest since the Fukushima disaster, with the export gauge crashing to recession levels.

“Factory output, new orders and exports all decreased at the fastest rates since April 2011. These are worrying developments given the weakness of global demand,” said Markit’s Alex Hamilton.

Is she worth going for? Not much point in turning up for tonight’s John Button lecture in Melbourne to listen to the words of wisdom from Treasurer Wayne Swan. The dailies this morning have previewed the life out of the speech in the latest display of political rudeness to an event organiser.

That leaves the promised performance by Mr Swan’s daughter as the only highlight for guests prepared to hear words spoken that they have already read.

Given the recent performance of No Whyalla wipeout by the Treasurer’s Trade Minister colleague Craig Emerson the audience should hope that the Bruce Springsteen cover by Erinn is not a duet. 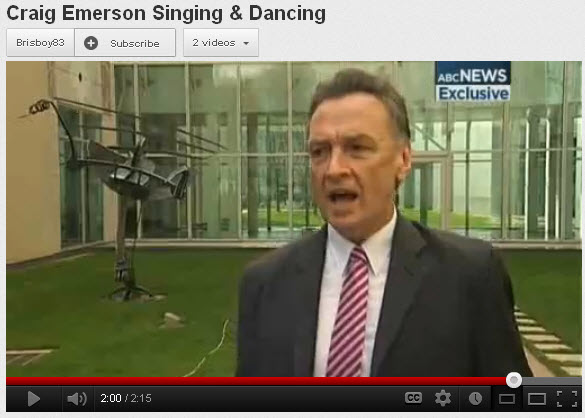 Leadership challenge disease still rampant. It affects politics at all levels and attacks all parties. Today it is South Australia’s turn. With Mike Rann, the man elected as Labor leader dispatched as Premier last November, it is now the turn of Liberal Leader of the Opposition Isobel Redmond. 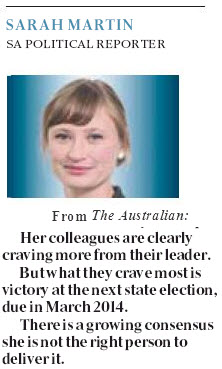 And that’s the judgment about a leader the last Newspoll put ahead 52% to 48%!

Boredom while waiting for an election not due until 2014 creates fertile conditions for the leadership disease to fester.

And so is tanking. It’s not just the Melbourne AFL football club that specialises in tanking. That disease of playing to lose rather than win appears to have spread to the Olympic Games, no less. Two different matches in the women’s doubles badminton competition were thrown into chaos after it appeared that some players, who had already qualified for the next round, were trying to lose.

“Chinese top seeds Wang Xiaoli and Yu Yang and the South Koreans, Jung Kyung-eun and Kim Ha-na, were booed off after an extraordinary match in which players regularly served into the net or hit wide apparently on purpose.

“Both pairs had already qualified for the last 16 and their actions appeared to be an attempt to manipulate the final standings in Group A.

“The reasons for both pairs wishing to do this were unclear, but by ultimately losing the match, the Chinese now cannot play their compatriots and second seeds Tian Qing and Zhao Yunlei until the final.”

I guess it makes a change from choking caused by a lack of sleep.