Why the PM can never win

It was as good an example as you’ll get of how the Prime Minister is damned if she does and damned if she doesn’t. Having resisted the very kind offer of Liberal premiers to commit to a tax rise in order to fund the National Disability Insurance Scheme — a move that would hand Tony “great big new tax” Abbott a handy campaigning tool — Julia Gillard is under fire from some commentators for failing to deliver. It’s not hard to imagine what those same critics would have been complaining about if she had committed to a rise in personal income taxes.

The Productivity Commission recommended the Scheme be funded from general revenue but, sensing a lack of political will on either side for the sort of deep, politically brave cuts that would deliver the $6-7 billion a year needed for a fully effective NDIS, the PC had a fallback position: a Medicare-style personal income levy. Other types of taxes were rejected as too inefficient — especially payroll tax (urged by Deloitte Access Economics earlier this year) and company tax.

One of the most efficient options would be to overhaul the GST by removing some of the sillier exemptions to it that cost $4-5 billion a year. The political will there, however, is even less than for big spending cuts.

There are politically unpalatable options all round for funding the NDIS. At some point a politician will have to tell voters they can’t have everything they want, and they need to pick and choose what services or handouts they want cut if, as everyone seems to agree it must, the dignity and security of disabled Australians and their carers becomes the priority for our governments they should always have been but never have. 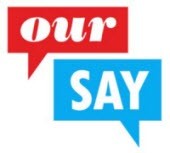 Got a burning question for the lower house independents who hold the Gillard government’s future in the palm of their hand? Think you can do a better job than the Canberra press gallery? Now’s your chance.

Crikey and OurSay.org have again teamed up to host a live web broadcast with the independents on September 12. And you’re asking the questions. Post your puzzlers via OurSay.org and vote for your favourite questions while you’re there. Trending questions will be profiled in Crikey each week from August 13. The three most popular questions will be put to the independents by Crikey’s Canberra correspondent Bernard Keane. Voting ends on September 7 at 5pm.

In a funny way the “why didn’t she agree to a Levy” rubbish (when the long term funding is not what is holding up funding the TRIAL) is playing right into Gillards hands, now in 12 months or so she can announce that the long term funding will come from a levy which all the premiers agree to and all those complaining now will have to congratualte her – although I doubt that will happen!

Lets face it, Liberal and Liberal National party premiers do not care about funding the NDIS because they are of the political persuasion that actually don’t care about or for the Australian people, especially those in need.

On the other hand, money can always be easily found for the F1 event in Victoria each year, extravagant fireworks displays for so called public events in each state, and of course seemingly limitless corporate welfare and assistance.

When it comes to human compassion events such as the NDIS – nothing. Methinks just before each respective state election compassion for fellow Australians will suddenly be discovered and reign supreme.

Bill Hilliger – In the Herald Sun today they actually had a pro Gillard editorial saying that Ballieu this week had announced $8m in spending to restore 2 W class trams but can’t find $10m a year for the NDIS.

@Jimmy: that is the point I’m making, these Liberal governments just don’t care …that is until the next election. A pleasant surprise; the Herald Sun to highlight the comparison of needs …afterall for Baillieu w2 class trams are more important than people – it seems. All we need now is for a change in the federal government and they will no doubt cuat spending on people and health well being programs.

Bill – If we get a federal Liberal govt we are all screwed, just look at what Abbott has said this week – he is going to increase spending on defence, he is going to stop Chinese investment and today he said he won’t bring in a levy to pay for the NDIS nor will he ask the states to contribute an additional money.

The impact of those comments alone will increase fed govt spending dramatically and reduce GDP growth and tax revenue. And this is before we get to cutting the revenue from the MRRT and Carbon tax but keeping the expenditure and adding on his direct action plan and before we pay for his ridiculous parental leave scheme.