The United States is a less violent nation today than it has been for 40 years.

Violence in America not quite what you might think. The United States is a less violent nation today than it has been for 40 years. FBI figures show violent crime rates are back down to the levels of 1972 while the murder rate is lower than at any time since the early 1960s. These declines are reflected in people, as measured by the country’s General Social Survey (GSS), feeling safer than they have for years. 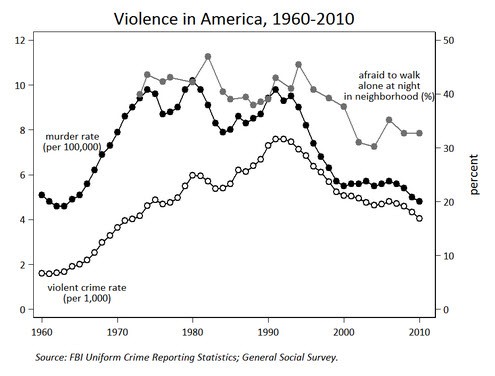 And if you think that the people of the United States are becoming more and more gun crazy, think again. Ownership of firearms, The American Prospect reports this week, is at or near all-time lows.

Since 1973, the GSS has been asking Americans whether they keep a gun in their home. In the 1970s, about half of the nation said yes; today only about one-third do. Driving the decline: a dramatic drop in ownership of pistols and shotguns, the weapons most likely to be used in violent crimes. 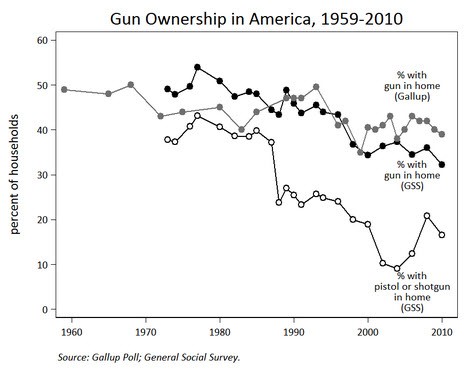 Not that we can conclude that the United States has stopped being a violent country. Compared with other members of the OECD, for example, death rates from assaults of all kinds (not just firearms) are high even if declining. As this graph from the Crooked Timber blog shows: 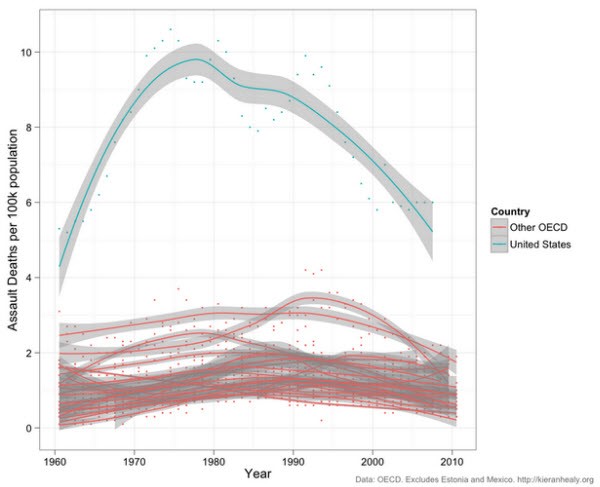 The big melt. The heat wave over North America this month has reached Greenland with NASA satellites recording a massive ice melt on the island. And the melting spread quickly — up from covering 40% to 97% in just four days. 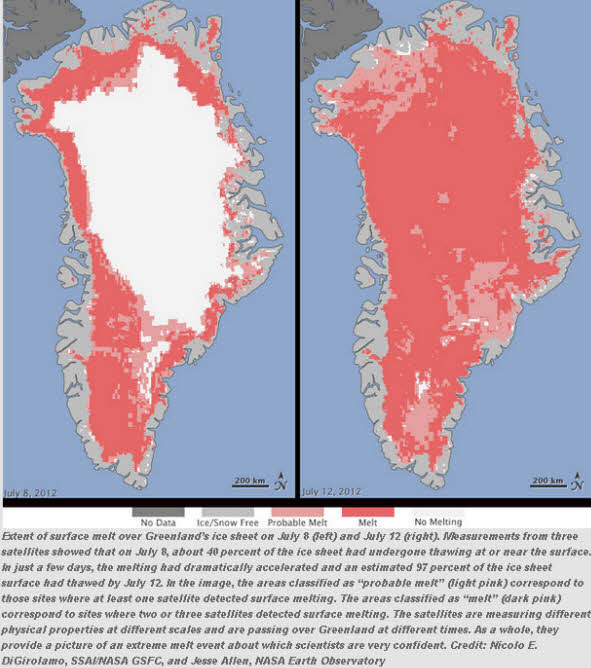 In a typical year, only about half of the Greenland ice sheet undergoes this kind of melting before it later refreezes.

Meanwhile the sea ice cover in the Arctic ocean continues to be at the lowest level yet recorded by the satellites for this time of the year. 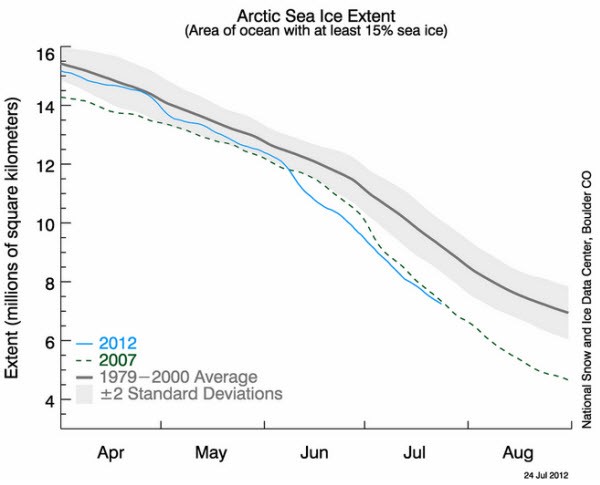 And down at the other end of the earth scientists have found a rift in the Antarctic rock as deep as the Grand Canyon that is increasing ice melt from the continent. The BBC  reports that a UK team found the Ferrigno rift using ice-penetrating radar, and showed it to be about 1.5km (1 mile) deep. The team writes in Nature journal that the canyon is bringing more warm sea water to the ice sheet, hastening melt. 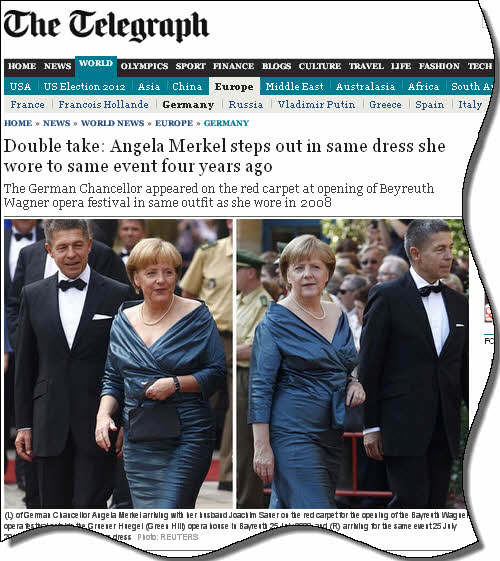 Proof that news is in the eye of the headline writer?

Forgive me, but what explains the big gap between the percentage of households with
‘pistols and shotguns’ and those simply with ‘guns at home’? (GSS data). Don’t tell me the gap is mostly assault weapons and machine guns!

On the Merkel photo, did it occur to the editor to note that the bloke with Merkel appears to be in the same suit and bow-tie?