Who was that man called David Skapinker in last night's Today Tonight story on so-called "generation useless"? Answer: a spinner at insurers AAMI/APIA.

“In a recent survey of 3000 Gen Y-ers a huge skills gap emerged, particularly around the house … According to APIA spokesperson David Skapinker ‘our research around three quarters of over-50s have done DIY around the home. This compares to only around half of generation Y’.” 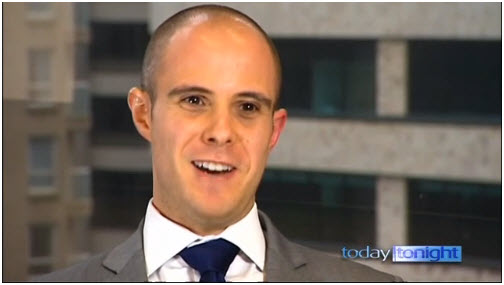 Dave and AAMI/APIA have a history of “surveys” and PR guff designed to generate publicity. Take this release from March 22, which got stuck into the driving habits of people with small cars:

“Data revealed in AAMI’s research shows that drivers of smaller cars are more likely to use aggressive or reckless tactics on the roads. One possibility is that aggressive behaviours compensate for the limited size of their car.

“‘Because of the rising cost of motoring we’re seeing a trend toward smaller cars becoming popular, so it’s worrying if people feel the need to overcompensate for their smaller assets by displaying risky driving behaviours,’ says David Skapinker.”

There’s Dave spruiking for AAMI. On Tuesday night he was flacking for APIA, an insurance company aimed at the over-50s (it’s Australian Pensioners Insurance). Do you geddit? Flack for insurer representing oldies (like me) in a story bagging people in Generation Y as being “useless”. Here’s another effort from Dave earlier this year for APIA:

“Australia’s over 50s are facing a combined repair bill of $5.57 billion to fix the more than 17 million defects in their crumbling homes, according to research by Apia, the leading insurance provider for over 50s.”

Yep, Dave gets around. First with his APIA hat on, where oldies are claimed to be struggling with home maintenance,  then with AAMI to bemoan hatchbacks, and this week it’s young people who can’t boil an egg or change a tyre. The kids don’t really watch TT; its demographics skew heavily towards older viewers (it was the third most-watched program in metro markets on Monday night). So it was a story aimed at the prejudices of the TT audience, with a bonus plug for AAMI/APIA/Suncorp.

Today Tonight is an infomercial. This is news? Nothing to see here folks…