Do inflation numbers point to a half full glass?

Reserve Bank Governor Glenn Stevens might think that the economic glass is now a shade better than half full.

The glass getting fuller. No surprises this morning in the inflation figures released by the Australian Bureau of Statistics and, if anything, the Reserve Bank Governor Glenn Stevens might think that the economic glass is now a shade better than half full.

Certainly there is no indication from the consumer price index that zany drastic action is needed either by the Bank or the government. 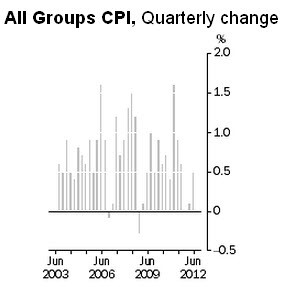 For once the key figures were pretty much in line with what the market analysts were expecting although the immediate reaction on the Crikey Interest Rate Indicator was that a cut in official interest rates next week when the Reserve Bank board meets is slightly less likely.

Maybe higher rate is a good sign. In keeping with the call by Glenn Stevens for a little more optimism about Australia’s economic outlook here’s a chart of two year government bond rates from a Financial Times of London macroeconomic blog. 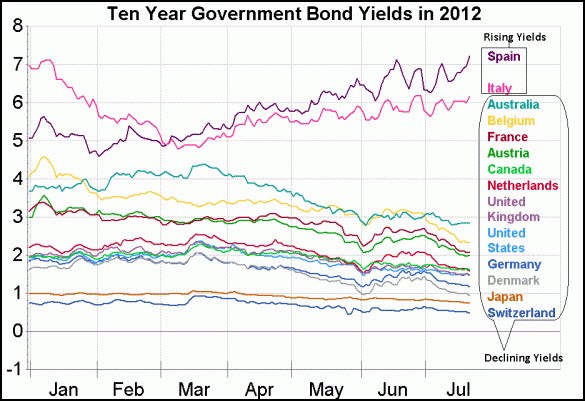 The commentary splits the behaviour of 2 year bond yields in 2012 into three groupings.

The majority of countries, including the US, Japan, the UK and most of the eurozone, now exhibit yields bunched around zero, having seen significant declines since March. The second grouping consists of Canada and Australia, two commodity producers with more buoyant economies and higher policy rates. The final grouping consists of the crisis economies in the eurozone, including Italy and Spain, where bond yields have been driven higher because of default risk.

A more buoyant economy. Not a bad place to be really.

Avoiding those dangerous reporters. The now common practice in United States political reporting of journalists submitting quotes from interviews with politicians and their apparatchiks for vetting before publication is putting a new slant on spin.

Stephen Hess, the senior emeritus fellow at the Brookings Institute, gives his assessment of the practice of how the increasing diversification of news media — from online versions of major newspapers to political bloggers, to 24-hour cable news to social media — plus the profession’s changing economics have caused the balance of power between political reporters and presidential candidates to change. 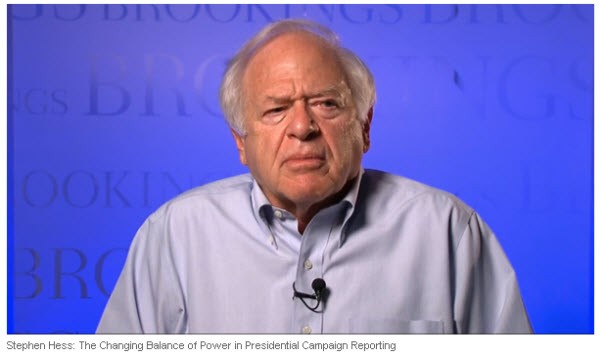 “[T]he NRA and the rest of the gun lobby have such a firm hold on our political system that no one can bring up the notion, which we bring up with every other kind of tragedy, that maybe we can do better. Maybe there are laws that we can pass to prevent something like this. No one says that better laws would prevent all tragedies, but if that were the standard, then we wouldn’t pass any laws at all.”