Front page of the day. The front page of Norwegian newspaper Fredriksstad Blad yesterday commemorated the 77 people killed one year ago by the rampage of Anders Behring Breivik in Oslo. “Hundreds remembered the victims” is how the paper leads: 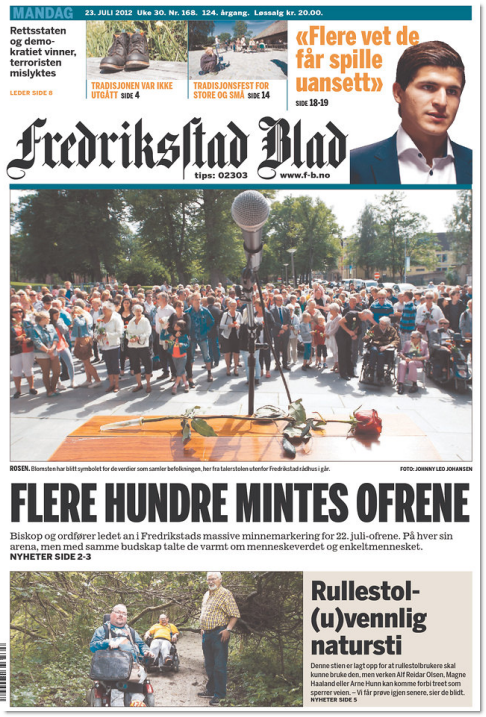 The Department of Corrections. On Wednesday July 18 Canada’s Toronto Star‘s front page led with the tragic story of two civilians, a 14-year-old girl and a 23-year-old man, shot dead in a suspected gang shooting. A 22-month-old girl was also injured in the attack. 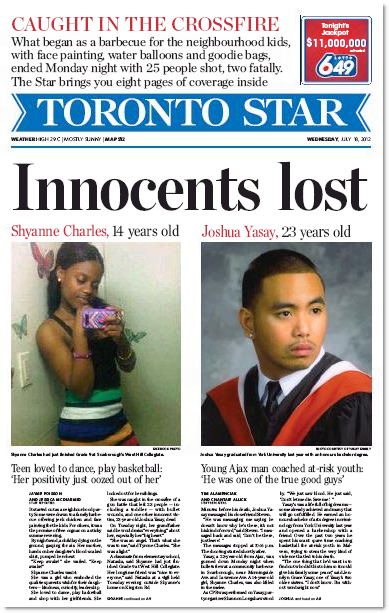 The same day, in its editorial pages, the Star published this cartoon: 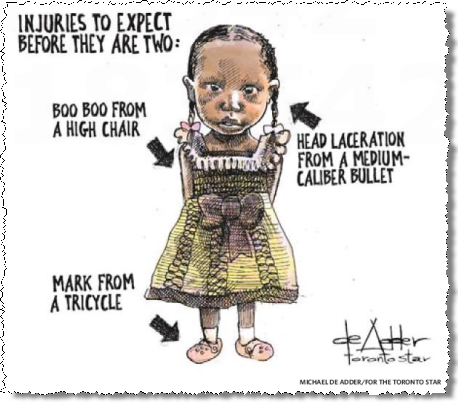 In its Saturday edition on July 21 the Star — after receiving angry correspondence relating to the insensitivity of the cartoon and its perceived portrayal of racial stereotypes — published this in-depth apology: 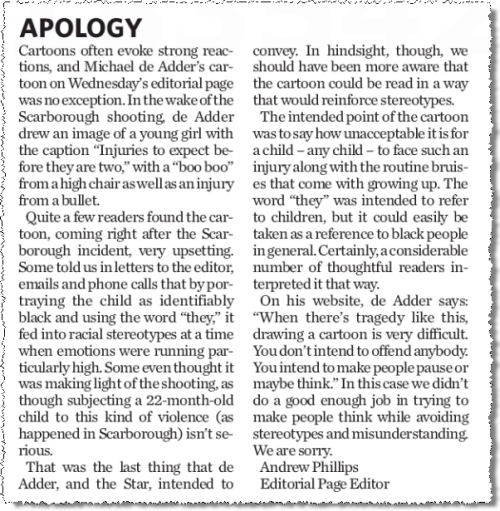 “A producer for Southern Cross Austereo’s Kyle & Jackie O Sydney breakfast radio show has expressed remorse at another blunder. Bruno Bouchet was fired by 2DayFM yesterday after posting jokes on Twitter about the Batman movie massacre in Denver, Colorado on Friday.” — The Australian

Harman family to not fund Daily Beast and Newsweek

“In the middle of an attempted turnaround, Newsweek and The Daily Beast now face a future without the financing of the billionaire Sidney Harman, whose family said on Monday that it would no longer invest in the news magazine and website.” — The New York Times

How Iran silences the web

“Imagine you live in a country where there is heavily restricted access to the internet. The few publications that deviate from this standard are regularly shut down, and those responsible for producing them face potentially serious legal repercussions. This is the daily reality for citizens of Iran.” — Mashable

<waits for outraged snivellings from Michael>