Is the (Kings) Cross too much to bear?

We’re accustomed to thinking of social capital and density as very positive things, but that’s not always true. Some gangs are more effective murderers, rapists and thieves precisely because they have high levels of social capital. Some cults are all the more oppressive because they engender trust. And for all its virtues, density raises occupancy […]

We’re accustomed to thinking of social capital and density as very positive things, but that’s not always true.

Some gangs are more effective murderers, rapists and thieves precisely because they have high levels of social capital. Some cults are all the more oppressive because they engender trust. And for all its virtues, density raises occupancy costs and increases congestion.

The downside of density is illustrated by the current focus on violence in Kings Cross following the fatal assault on an 18 year old Sydney man a week and a half ago.

All those people concentrated in such a small area maximises the opportunities for social interaction and generates a party atmosphere of excitement and expectation. But proximity also maximises the possibilities for quarrels and violence.

Sydney’s Lord Mayor, Clover Moore, wants to deal with violence in the Cross by putting a cap on the number of licensed venues. She’s also called on the O’Farrell Government to formulate a transport plan for weekends similar to those used on New Year’s Eve.

Paul Keating reckons Ms Moore is actually part of the problem. The city council, he says, is complicit because it provided planning approvals for new clubs and pubs. It’s not his best by any means, but in his inimitable style he claims Ms Moore has “snatched the sleaze from the jaws of decorum.”

I think the Lord Mayor is on the right track with better transport. Thousands of tired and half-cut revellers waiting impatiently in the early hours for a ride home are a recipe for trouble. Improving trains – but most especially taxi services – would be a big advance. The State Government should talk to Allan Fels.

However I think her proposed cap on the number of licensed venues is too little too late. Kings Cross already has a serious problem with its existing complement of bars, pubs, clubs and restaurants. In fact it’s been notorious for drunken violence going back decades when, presumably, it had just as many, or fewer, venues.

Her solution might help stop things getting worse, but the desperate need is to improve them – they’ve evidently already gotten way out of hand. It’s the sort of strategy politicians like because it looks decisive but takes little away from existing stakeholders.

Doing something that would really make a difference would be very hard. Even if the Government could legally and politically decimate the number of venues (say), having 10% of prospective patrons unable to get into venues might be more fuel for violent and disorderly behaviour. It might also destroy other aspects of what makes the precinct appealing in the first place.

There’s something about the Cross, even with its dangers and appalling crassness, that a sizeable number of Sydneysiders and visitors value. Part of that is its raffishness, so any response to the violence – whether more aggressive policing, earlier closing hours, or a reduction in the number of venues – has to somehow avoid sterilising an Australian icon.

There’s a fair chance the Kings Cross Problem could largely be solved, in time, by “Manhattanising” the Cross. This seems to be what Paul Keating implicitly endorsed when he said construction of new up-market apartment buildings in the area ”had almost defeated the sleaze.”

The Cross could be as genteel as those Manhattan neighbourhoods that no longer bear the faintest resemblance to the gritty era their romantic names conjure. But again, there’s the danger of throwing the baby out with the bathwater. And a distinctive place that’s currently valued by many people would effectively become a neighourhood for the economic elite.

I don’t think marginally changing the density of venues, even downwards, is likely to make much difference. And if the Cross is somehow sanitized, the issue of alcohol-fuelled violence will still persist in other parts of the metropolitan area.

The issue isn’t going to be addressed successfully by treating it as primarily a town planning problem. I’m not saying there mightn’t be gains at the margin, but any really serious reduction in public violence in the near term will only come about by changes to policy on drinking and assault. That’s another whole can of worms.

The Urbanist: is the Cross too much to bear? 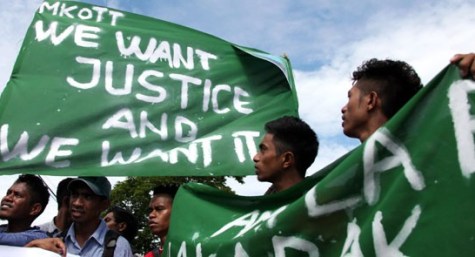