A series of clever hoaxes has plagued oil giant Shell, as environmentalists trial new ways of getting their messages out.

It had all the makings of yet another social media “fail” (think #cashforyou and #qantasluxury). A big corporation looking to crowdsource a marketing campaign, before everything goes horribly wrong and the whole thing turns into a PR disaster. Except this time it wasn’t true.

In a series of stunning hoaxes aimed at embarrassing petroleum giant Shell, environmentalist activists Greenpeace created an entire website and social media campaign encouraging users to “take a moment” and create a message promoting drilling in the Arctic. Greenthumbed Twitter users have deluged the site with images attacking Shell.

The website, which was launched in June, has sprung up again in recent days on Twitter, with some users and news sites believing the site to be legitimate Shell campaign. A blog on news site United Press International confessed yesterday that it had been hoaxed by the protest group.

A Twitter account has been set up to promote the campaign. The hoax has even gone so far as to pretend Shell was investigating the hacked contest.

“Shell Oil is crowdsourcing an ad campaign and hasn’t realized they’re being trolled … See it now before it’s taken down,” wrote @MylesNye.

“Shell just found out why you don’t let the internet write your ad campaign,” tweeted @jamesmasente.

Some of the most popular slogans, which are set on top of images of polar bears, icebergs and narwhales, are below: 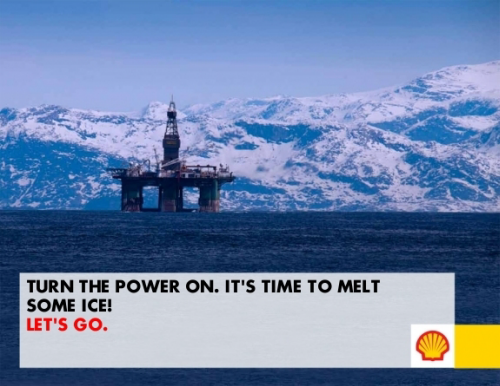 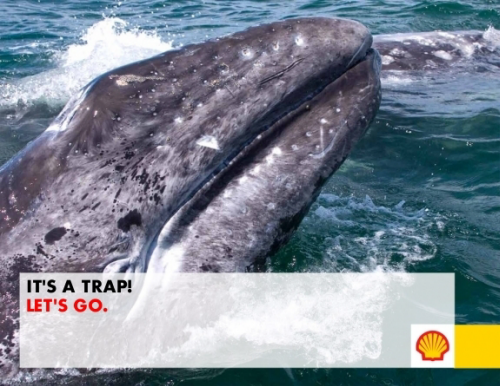 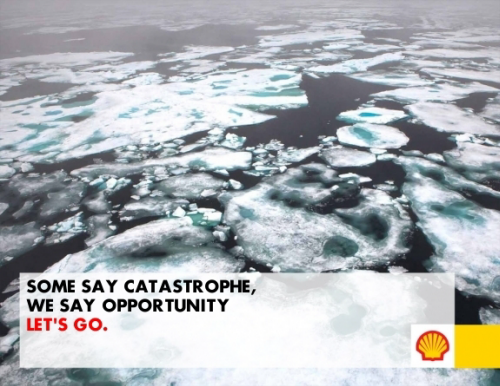 Greenpeace, along with ad agency Yes Lab, claimed responsibility for the hoax last month, kicking things off with a “leaked” video of a Shell press conference which goes horribly wrong. That video went viral, receiving more than 750,000 views on YouTube.

“The event was a hoax, and so was the follow-up email and the website with its often hilarious-if-it-wasn’t-true fake Shell marketing copy,” they wrote on their blog. 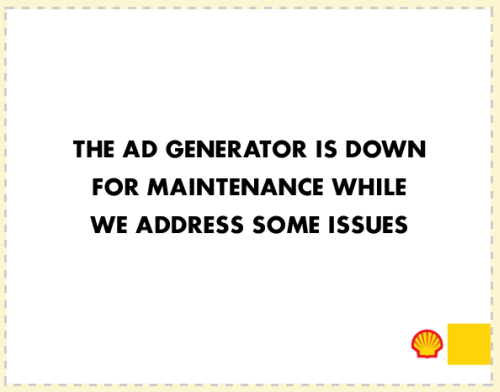 Shell has been quick to distance itself from the campaign, releasing a statement on its website denying any involvment.

“The video does not involve Shell or any of its employees. The advertising contest is not associated with Shell, and neither is the site it’s on,” they wrote, adding that no legal action would be taken.

Shorter version of this article: Greenpeace lies and misleads. True to form.

I’m sorry – it’s deceptive (and likely to be illegal for at least stealing the Shell logo) and does Greenpeace no credit.

Jose Ramos Horta once said (and I paraphrase): “when promoting a just cause never lie or exaggerate for the truth alone is enough”.

Greenpeace has become a corporate blight in its own right and seems progressively less interested in the environment and more interested about getting itself headlines.

The oil companies not only deny climate change but fund groups to spread this message, and yet they are also working out how to extract the oil in the arctic as global warming reduces the ice and makes previously inaccessible oil fields viable.

Greenpeace is lying to try to save the world for future generations.

So who is the most immoral?

@ Mark Duffett take your blinkers off. Shell has form of their own as far as telling lies and misleading. Ever heard of the Niger Delta? Turn a blind eye to murder?

Environmentalists don’t sink to the depths of the extraction industry.