Fairfax hikes Age cover price. The Age will increase its daily cover price from $1.70 to $2.00 (or 18%)  to stave off plunging revenue at the loss-making hard copy newspaper. According to a leaked schedule seen by Crikey, from August 13 Fairfax will also increase the price of The Saturday Age from $2.70 to $3.00 (11%) and the Sunday Age from $2.20 to $2.50 (14%). The Australian Financial Review will stay the same at $3.00. The Australian Newspaper Blog also reported today that there will be “significant changes in the structure and quantum of fees paid to distribution newsagents for home delivery”. 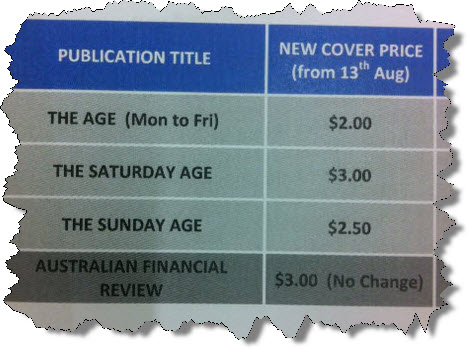 The Shire recap (via Twitter). Did you miss last night’s premier of Ten’s new reality TV show The Shire? Here’s a selection of Tweets from last night that will fill in the gaps… 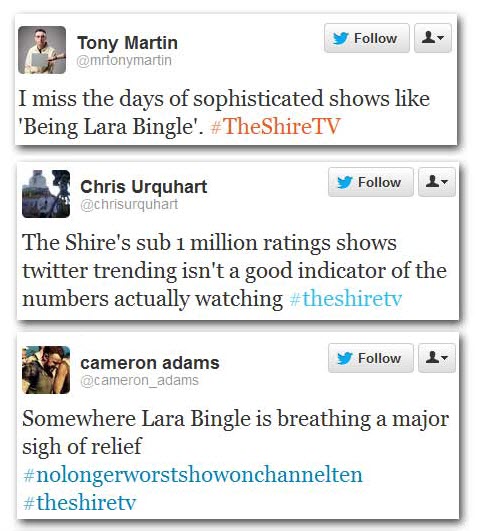 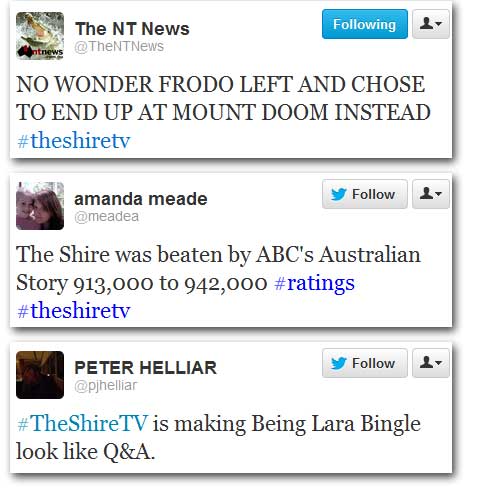 Front page of the day. Can’t you feel the optimism emitting from today’s UK’s Sun as the London Olympics swiftly approaches? 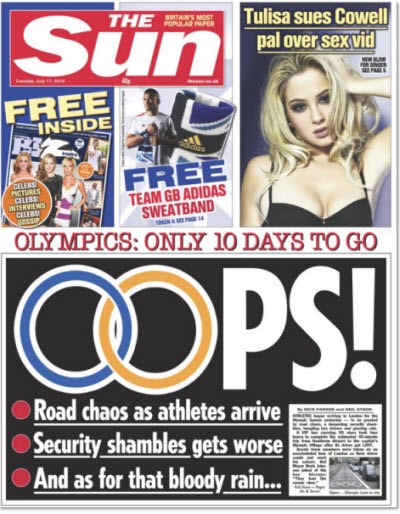 “Somehow it seems to come with the territory every year, but this year MasterChef had been spared the spoilers — until now. Woman’s Day magazine has yesterday printed a two-page feature under the headline ‘MasterChef Top 5: Love Secrets and Scandals’.” — TV Tonight

“With less than two weeks to go before the Olympic Games, hordes of competitors are pouring into London from across the globe and limbering up — but they’re not athletes. Promising coverage on an unprecedented scale and record-breaking use of social media, the 21,000 journalists, photographers, cameramen and technicians will in fact be twice as numerous as the athletes they are covering.” — France 24

Is the Guardian newspaper in trouble?

“It may have toppled the News Of The World, but the beleaguered Guardian‘s balance sheet reveals a media institution on the brink of self-destruction.” — GQ

“Russian investigators charged a former policeman on Monday with helping to organise the killing of journalist and Kremlin critic Anna Politkovskaya almost six years ago.” — Reuters

Ranald Macdonald: what will be left after the Gina Bomb explodes?