Active children can be nerds

Busy kids are the most active kids when it comes to participating in sports finds the Australian Bureau of Statistics. And the "busyness" can be artistic or come from being most likely to do homework.

Active children can be nerds. Busy kids are the most active kids when it comes to participating in sports finds the Australian Bureau of Statistics. And the “busyness” can be artistic or come from being most likely to do homework.

The latest issue of the ABS’s Perspectives on Sport finds that the participation of children in organised sport and dancing increased from 67% in 2000 to 70% in 2009.

Putting the nerd stereotype to rest, 71% of children who did homework were also involved in sports compared to only 56% of students who did not do homework activities. 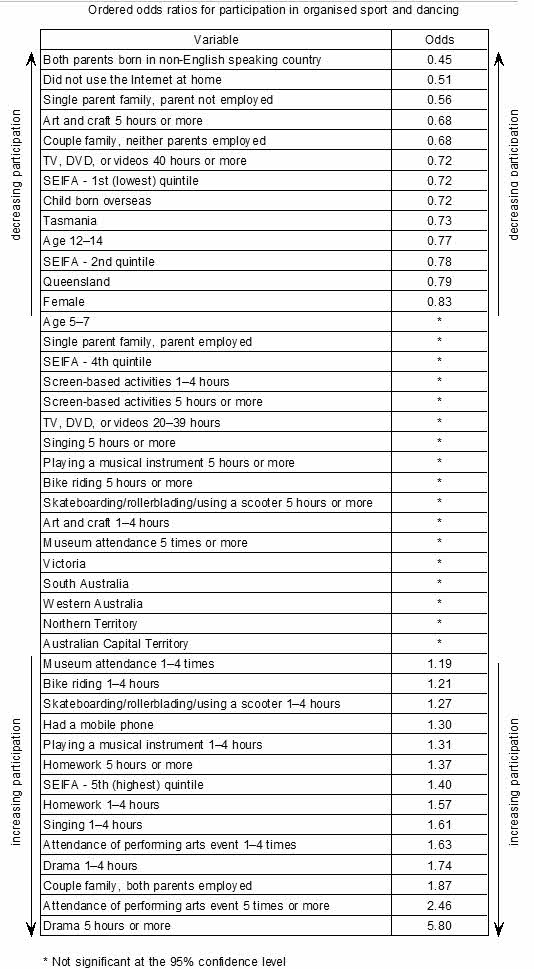 From its survey results the ABS identifies a number of groups of children who are less likely to participate and/or participate for as long or as frequently, relative to the typical (or base case) child:

If the world was more like me. Well for one thing it would be 138,871,977 tonnes heavier. That’s the depressing conclusion that the BBC’s new Global fat scale calculator reached after I subjected myself to the test: 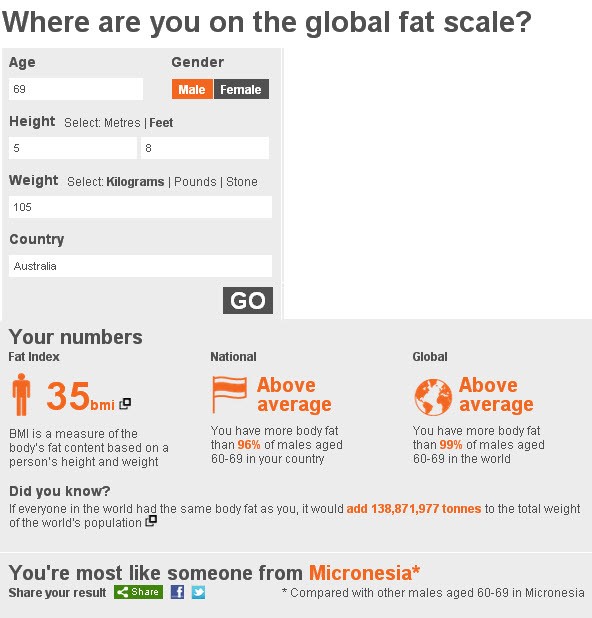 If only it really meant I was built like Mal Meninga!

Dust bowl refugees. More than a third of the counties in the United States have been issued a natural disaster declaration by the US Agriculture Department as the country’s hot, dry summer continues. 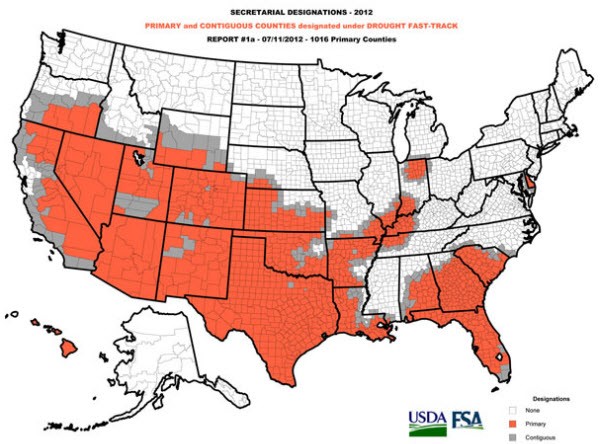 Which in a kind of way is appropriate I suppose for tomorrow, 14 July, is the 100th anniversary of the birth of Woody Guthrie. 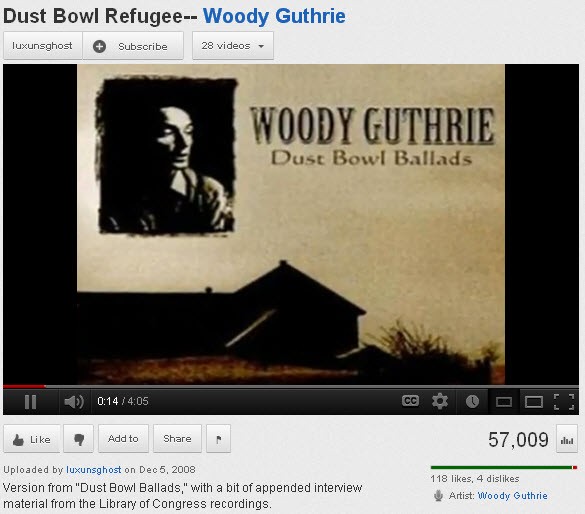 Most of the entries in the table can be related to the degree of advantage or disadvantage that applies to the child’s family. Some are pretty direct, like employment status, single parenthood or SEIFA, others less so (e.g. poor people don’t go to performing arts events). Some may be cultural but may also be related to degree of advantage (e.g. born overseas). All in all, the table seems to be showing that sports or dance participation for children is strongly correlated to social advantage. Not surprising, since it can be expensive.