Out came the latest set of employment figures showing a few changes and down went the value of the Australian dollar.

Stick with the trend. Great news for financial traders. They rely on prices going up and down to con their living out of innocent others. So out came the latest set of employment figures showing a few changes and down went the value of the Australian dollar. 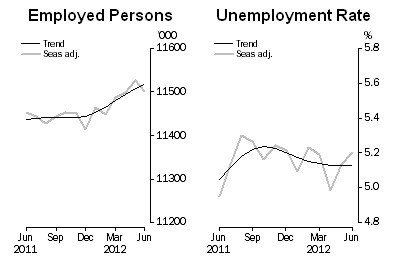 I’ll stick with the trend lines and just dismiss the relevance of the event. 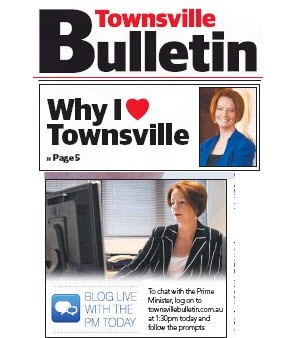 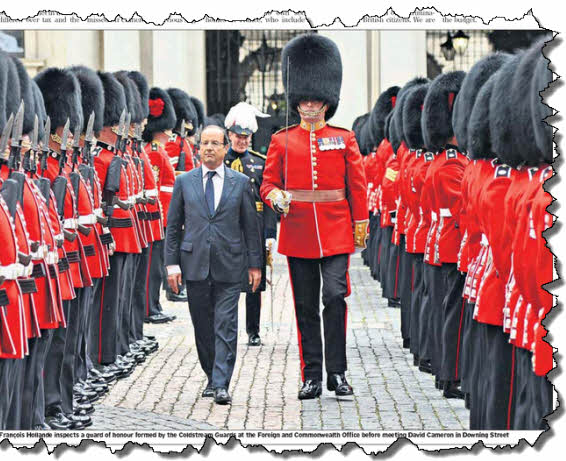 Back home in France after a visit to Britain where his review of the Coldstream Guards took place the reaction has been less forgiving. The London Daily Telegraph somewhat gloatingly noted website comments alongside the image on a website of pictures taken by AFP, France’s national news agency, suggesting Hollande had fallen into a “trap” made to make him look ridiculous.

Drowned Doggerland. Maybe Atlantis will be next. Scottish scientists have put on display their evidence of the ancient Doggerland that once occupied much of the North Sea before climate change struck and slowly submerged it under water between 18000 BC and 5500 BC. 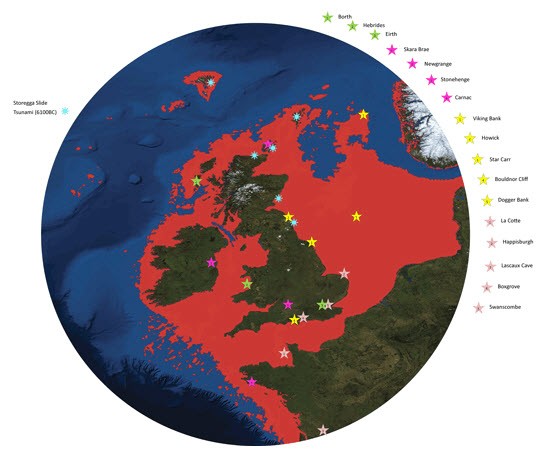 “Doggerland was the real heartland of Europe until sea levels rose to give us the UK coastline of today. We have speculated for years on the lost land’s existence from bones dredged by fishermen all over the North Sea, but it’s only since working with oil companies in the last few years that we have been able to re-create what this lost land looked like.

“When the data was first being processed, I thought it unlikely to give us any useful information, however as more area was covered it revealed a vast and complex landscape. We have now been able to model its flora and fauna, build up a picture of the ancient people that lived there and begin to understand some of the dramatic events that subsequently changed the land, including the sea rising and a devastating tsunami.”

Excuse me, a whole lot of men wearing bearskin and/or feather headdresses, and you think it’s HOLLANDE who looks ridiculous?