I'm doubtful that the latest gimmick of the Gillard communications team will contribute anything substantial to the advancement of an informed public.

Missing those not interested. Warn a politician of a question in advance and you are unlikely to learn much new from the answer. You just have to listen occasionally to parliamentary question time to know that. So I’m doubtful that the latest gimmick of the Gillard communications team will contribute anything substantial  to the advancement of an informed public.

“Being active online and engaging with voters is an essential part of modern communications,” is how the Prime Minister’s director of communications, John McTernan, describes what apparently is a new emphasis on using the social media. He was quoted in the Fairfax press at the weekend as saying “a Google+ Hangout” to be held on 21 July was “just one part of a broader digital strategy to engage through social media.”

How very with it. And how irrelevant. A look at the site shows that the normal type of suspects want to ask the normal type of questions. What’s the point of a “broader digital strategy” that does not interest the mass of ordinary voters who find politicians answering Dorothy Dixers a complete bore? 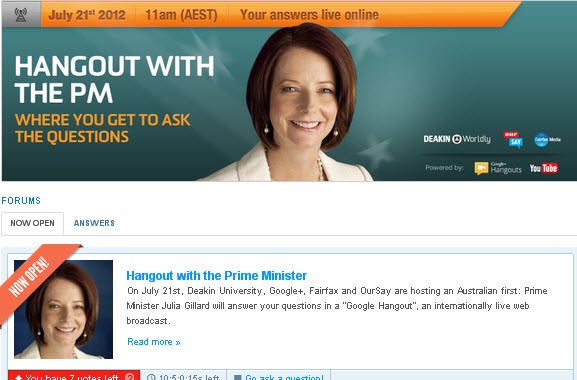 We all have the chance to post a question at oursay.org and vote to rank questions suggested by others. The three people who post the most popular questions will take part in a virtual chat “hangout” moderated by The Sunday Age‘s political editor, Misha Schubert that is being described as “the first of its kind in Australia.” 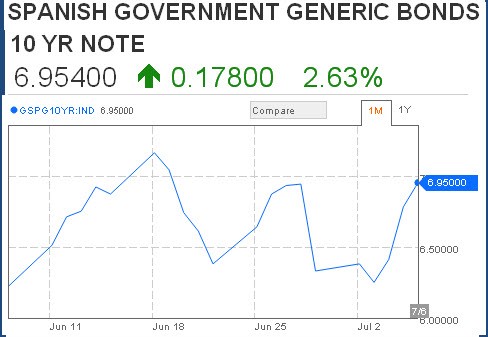 A devilish KRudd plot? The involvement of Labor government whip Joel Fitzgibbon in the “no preferences for Greens” debate, coinciding with the timing of the re-emergence of Kevin Rudd’s wife into political debate, is wonderful fodder for conspiracy theorists. The NSW right is making life harder for Prime Minister Julia Gillard with its attack on the Greens and Therese Rein is reminding federal Labor members that her man remains available to heed their call for a return to leadership.