Prepare for a hot year in Oz

The US National Weather Service has joined Australia's Bureau of Meteorology in pointing to an increased likelihood that an El Nino event with its higher temperatures is on the way.

Prepare for a hot year? The US National Weather Service has joined Australia’s Bureau of Meteorology in pointing to an increased likelihood that an El Nino event with its higher temperatures is on the way: 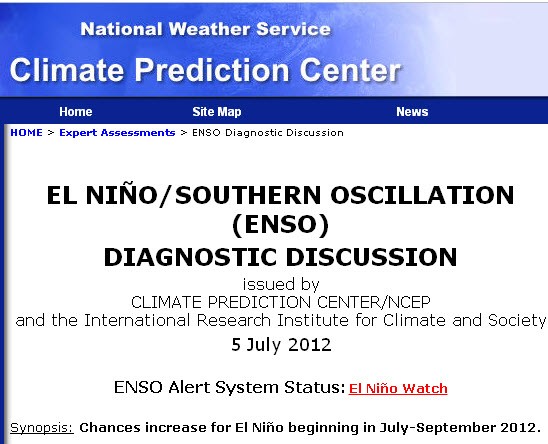 An analysis back in January by NASA (“Global Temperature in 2011, Trends, and Prospects“) suggests that the arrival of such an El Niño would result in 2013 being the warmest year on record.

The cool La Niña phase of the cyclically variable Southern Oscillation of tropical temperatures has been dominant in the past three years, and the deepest solar minimum in the period of satellite data occurred over the past half dozen years. We conclude that the slowdown of warming is likely to prove illusory, with more rapid warming appearing over the next few years. 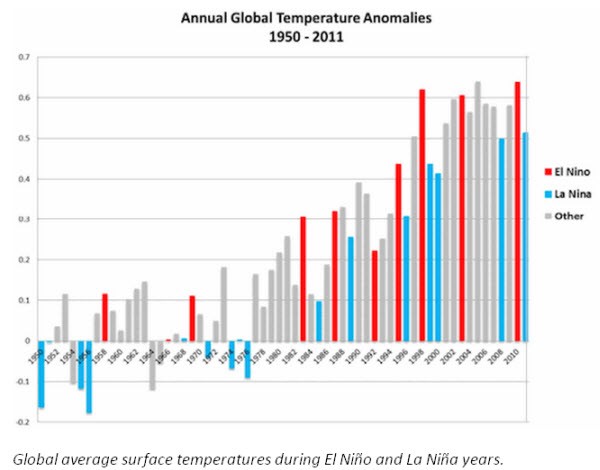 Risking a dangerous confrontation. A prudent politician would be thinking very carefully after receiving a warning like the one Tony Abbott was given this morning from former Defence Force chief Admiral Chris Barrie. Commenting on ABC Radio National about the Opposition Leader’s assertion that he as Prime Minister would order the navy to force asylum seeker boats to turn back to Indonesia, the retired admiral said:

“My expectation wouldn’t be very high it’s going to work in many cases, and I would be very conscious that our commanding officers at sea must act in accordance with international law.

“The problem about the policy is it drives people to very desperate measures and I don’t think that is something that we should promote.”

That’s about as close as an honourable military man can come to saying that orders of those Mr Abbott promises might not in practice be followed.

This morning’s clippings. Some economic snippets from around the world.

“We are entering very deep waters, the years ahead will be difficult. There is light at the end of the tunnel, but the tunnel is long.”

— Political speak from Yannis Stournaras after being sworn is as Greece’s Finance Minister.

Barrie had experience with Abbott’s hero – Howard –
with “Children Overboard” didn’t he?

I expect Abbotts just “talking the talk” Klewso, he’ll find a way to blame Labour for not being able to do it once he’s in the Lodge (much like CanDo is doing in Qld at the moment).