Crikey has obtained the Coalition's internal policy bible for backbenchers. And we want readers to start going through it.

The 137-page document is a core resource for Coalition MPs in preparing their communication, and “should NOT be circulated in [its] raw form”. We’re accordingly circulating it in raw form.

Inside its pages you’ll read the sad history of Labor’s many failures (with the single exception of the Fair Work Act, which “deserves a fair go”) and how the Coalition’s position is in every way superior, even when (such as in the broadband and communications chapter) that position isn’t explained in any way. There are also loads of facts and figures to demonstrate the Coalition’s superior record in government. 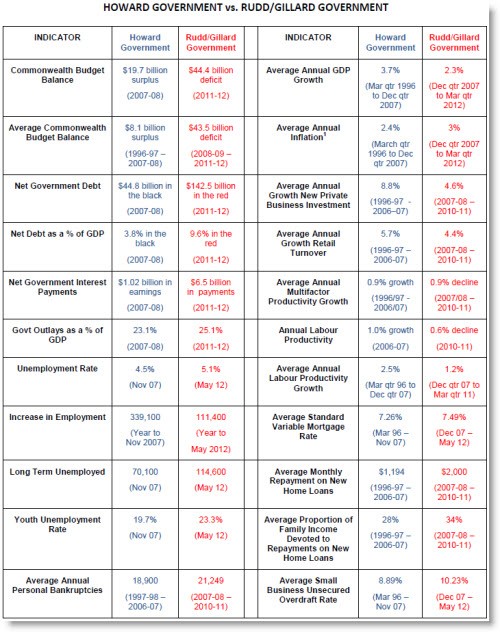 For a policy-shy opposition that has risen to a landslide-level polling lead that could deliver it control of both houses, it’s the nearest thing we’ve got to a serious collation of policies across specific issues so far.

So we’re setting a challenge for Crikey readers. If you’re an expert, or even just well-grounded, in one of the 42 different policy areas, ranging from aged care through to youth, discussed in the notes, let’s hear from you. Leave a comment, drop us a line or use the completely anonymous form.

Is there anything new here? Any howling errors? Anything worth digging into? We’re crowdsourcing the analysis of the only real insight into the policies of an Abbott government we’re likely to get until next year.

Over to you. Oh and remember, shhhh, this should not be circulated in raw form.

“Is there anything new here?” I would seriously doubt it!

The move to ‘have the 19th of February declared as a Day of National Significance, to be
known as “Bombing of Darwin Day”’ is part of the “Plan for Strong Borders”? I’m not sure I want to think too much about why that is.

That;s the way SB, don’t worry about what you are voting for just vote them out.

Yes Jimmy, we are run by clowns, look at that fool Emerson.

Votes them out, NOTHING could be worse that this pack of dishonest oxygen thieves.