The Australian Capital Territory's only commercial egg producer has been bribed by our local government into stopping the cruel system of chickens being kept in the small cages of an egg factory.

The evils of national competition policy. The Australian Capital Territory’s only commercial egg producer has been bribed by our local government into stopping the cruel system of chickens being kept in the small cages of an egg factory. Yet this worthwhile decision of a Labor-Green coalition in the local assembly will not put an end to cage produced eggs in Canberra supermarkets. The so-called national competition policy will see to that.

While ever there is one state where the production of eggs by cruelty is permitted, those eggs can be shipped to another state and legally sold.

I say torture the economic rationalists who okayed this stupid system.

Discovering the social media. A week or so ago she was having a collection of female writers and “mummy bloggers” to Kirribilli for afternoon tea. Today Julia Gillard is blogging live for readers of the Melbourne Herald Sun. 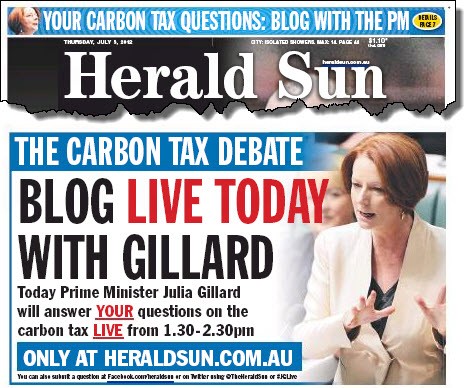 Liberal tensions smoldering along nicely. The tensions between the Queensland Liberal National Party and the rest of the Liberal Party’s broad church getting another good media run today. Once again Clive Palmer is at the centre of them with the money bags man saying he is interested in running for LNP preselection in either Queensland seat of Kennedy, held by the independent Bob Katter, or Fairfax where LNP MP Alex Somlyay is retiring at the next election.

The Opposition Leader Tony Abbott does not seem overly impressed. Yesterday, Abbott said that although everyone was entitled to nominate, perhaps Palmer was an unsuitable candidate for any seat.

”If you are going to be a candidate, you’ve got to be prepared to do the hard yards of door-knocking; you’ve got to be there first thing every morning at the bus stops and the railway stations. ‘You’ve got to support party policy, all of it, and the other thing that I would hate to see is any suggestion that being a Member of Parliament is a part-time job.”

Treasurer Wayne Swan is enjoying the side show. This morning he expressed his disappointment at Palmer’s decision not to seek endorsement for his seat of Lilley.

Swan told reporters in Brisbane, reports AAP,  that even though Palmer had his “tail between his legs”, any other LNP candidate would be a “wholly owned subsidiary” of the mining magnate because of the influence he wields.

“The fact is that Clive Palmer owns the Liberal National Party in Queensland lock, stock and barrel and any candidate that runs in Lilley will be a wholly owned subsidiary of Clive Palmer.

“One of the reasons I would have welcomed a direct contest with Mr Palmer in Lilley is that I could have explained to the electors of Lilley that Mr Palmer was running so Tony Abbott could give him a gigantic tax cut.”

One for old times sake. Eric Sykes, who with his television partner Hattie Jacques brought Sebastopol Terrace, East Acton into homes around the world, died this week aged 89. 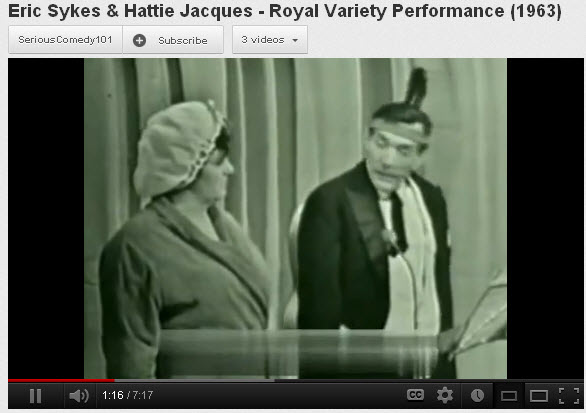 “Let us not be too grudging: the decision to allow the ESM to recapitalize banks directly is possibly very important, both in itself and for what it portends. … Nevertheless, the biggest danger is that the economics of the euro zone are deteriorating fast. Joblessness reached 11.1 percent in May, the highest on record for the zone. Worse … the ECB is hopelessly late in taking necessary monetary action … It is conceivable that the euro zone will struggle through this economic trench warfare over the next several years. However, the costs — not just economic but also political — are likely to be enormous.”

— Martin Wolf of London’s Financial Times gives what, for him, is an optimistic verdict on the latest European summit.

Behold: a polarised country and the opportunists who exploit it